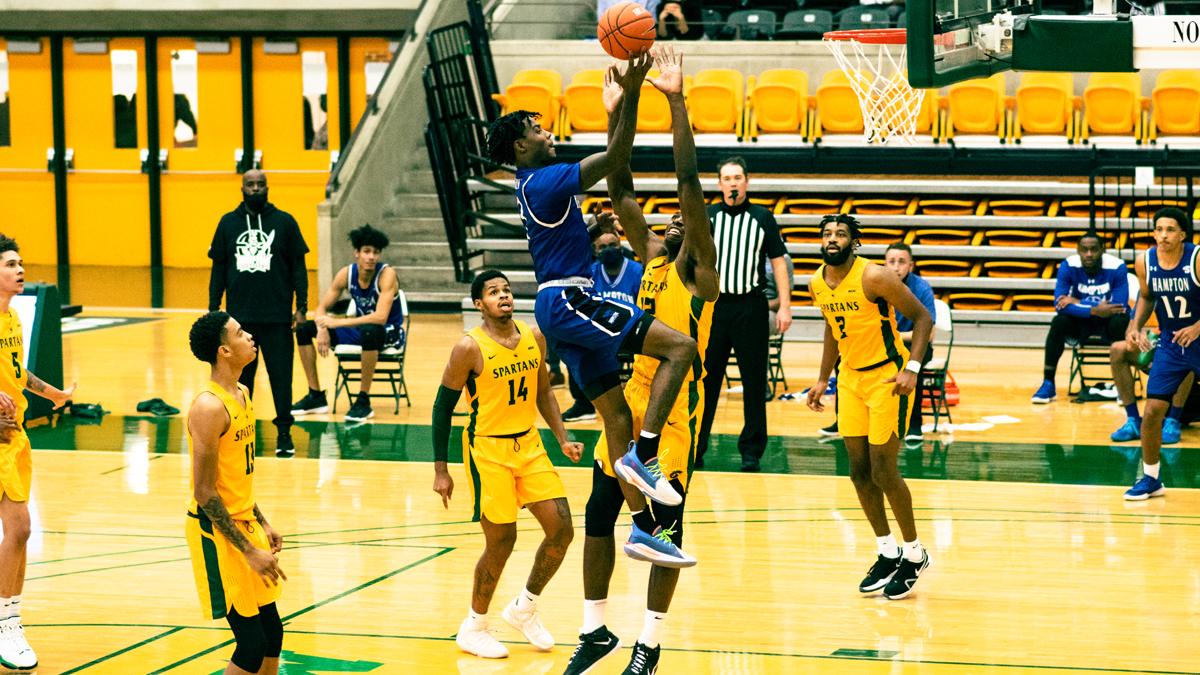 After early losses to Norfolk State and Howard, Hampton University is off to a fast start in the Big South. Guard Davion Warren has been big so far.

It’s been an up-and-down season for Hampton basketball so far, but things are looking up for the Big South’s HBCU.

Hampton has started Big South play hot with back-to-back wins against Charleston Southern. Leading the way for HU is senior Davion Warren, who was named the conference Player of the Week on Monday.

After playing as a compliment to Jermaine Marrow in the backcourt last season, Warren has played a big role in all of the Pirates wins this season.

It started on opening night. Warren put up a game-high 20 points as Hampton went on the road and beat George Washington. Replacing the program’s all-time leading scorer isn’t a one-man task, but head coach Buck Joyner Jr. told HBCU Gameday that more is required of Warren offensively with Marrow having moved on.

“I don’t know that it’s different, I think that it became opportunity,” he said. “Last year we felt like we had a good player in Davion, but he had to kind of accept his role and do the things that he needed to do to help us win ball games. Now it’s time for him to mature and it’s time for him to take the next step. I think it’s something for him that’s come natural.”

Hampton will look to keep its win streak alive when it hosts Gardner-Webb University in back-to-back games.