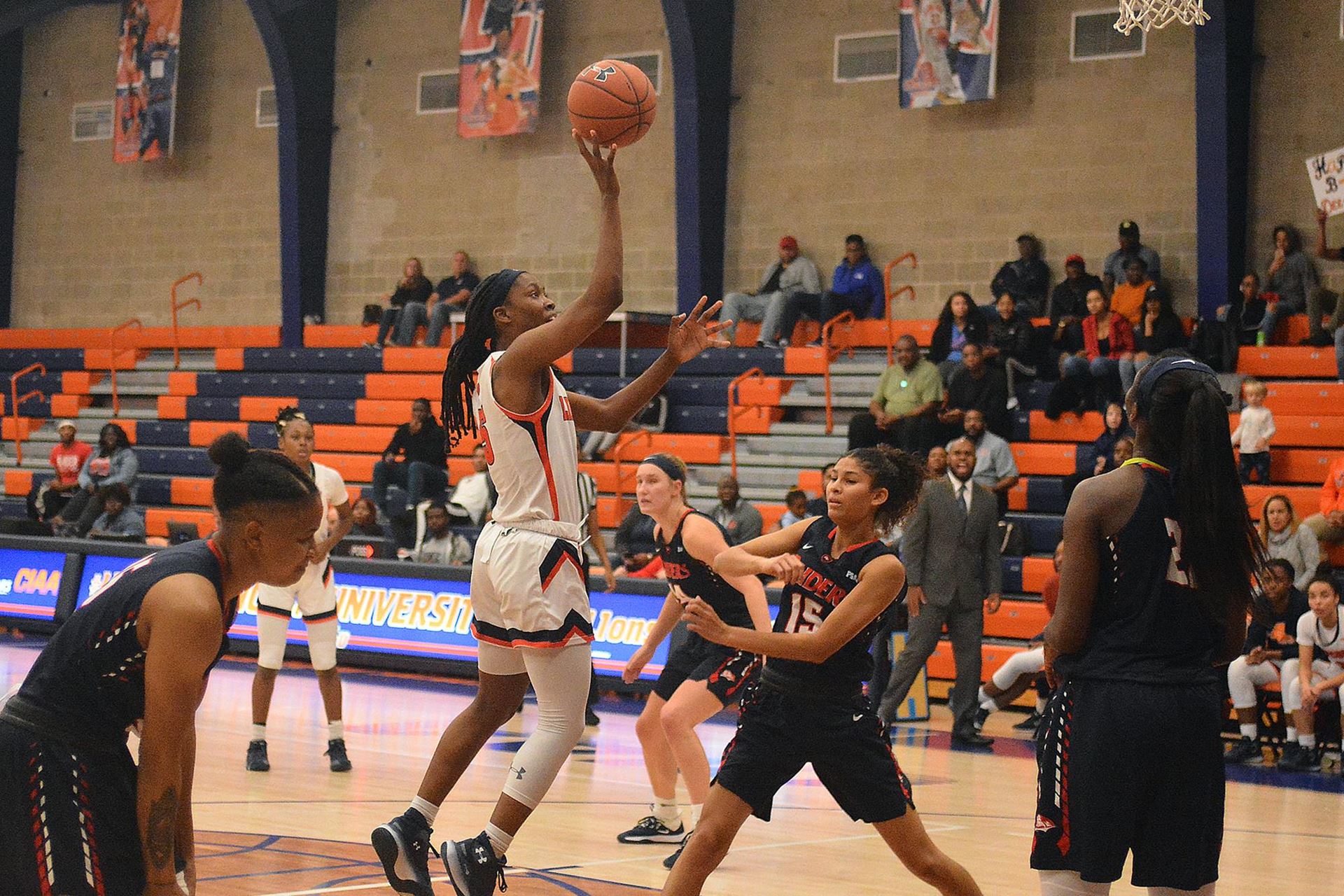 The win over the Eagles was the Lions second against a MEAC opponent in the last two seasons after defeating Morgan State University in an exhibition game at the start of last season.  The game counts as an exhibition contest for the Lions while the Eagles fall to 2-10 with the loss.

The Lions led for almost the entire contest save for a brief 2-2 tie and a 5-4 Eagles lead in the first quarter. Lincoln took a double digit lead in the third quarter  before the Eagles battled back to pull within two heading into the fourth quarter.

It was the fourth quarter where the Lions’ defense took over, holding the Eagles without a field goal for the first eight minutes while their offense went to work with Murray as the catalyst, producing a 17-2 run capped by a NBA range three-point basket from Taylor King (Lorton, Va./Hayfield Secondary School) as the shot clock was expiring.  Murray scored 12 points in the fourth quarter while King’s basket gave the Lions a 63-46 lead with 2:22 left.  The Lions finished the game making five of six free throws ro seal the win.

Keiche White was the lone Eagle to score in double figures, finishing the game with 12 points.

The Lions are now off for the Christmas break and return to action in 2020 with a home contest against Livingstone College on January 4, 2020.