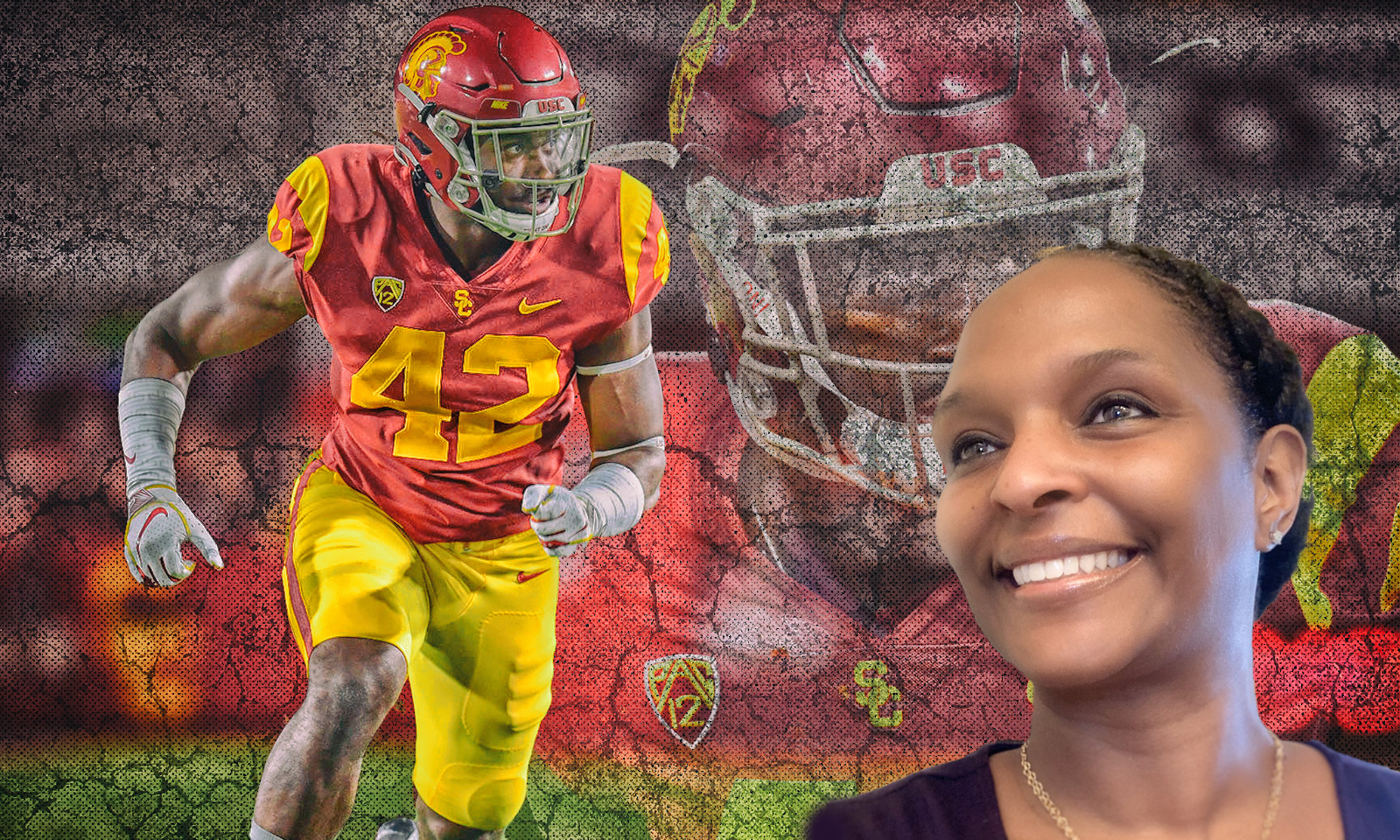 Several Power Five athletes have transferred to Jackson State since Deion Sanders was named head coach. We’ve mostly heard from the student-athletes about why they chose JSU, but one mother has been particularly vocal as well.

Shan McClain is the mother of Abdul-Malik McClain, the former USC linebacker who committed to JSU in November. “Mama McClain” actually broke the news of her son’s transfer via Twitter the day before Thanksgiving.

McClain recently spoke with “Tiger Talk With The 1400 Klub” podcast to talk about her son’s transfer from the Power Five school to the HBCU. The Los Angeles native ran track at Clark Atlanta and that her father was part of an NAIA basketball championship at Texas Southern University.  She said she initially wanted her children to attend HBCUs, but didn’t get a response when reaching out.

Eventually, Abdul-Malik and his brother Munir McClain committed and played for USC. Shan McClain said she’s thankful for her children’s opportunity to attend USC, but she truly believes HBCUs are a viable and choice. She said she believes that others are seeing the light as well.

“This is not for the moment. I believe it’s a movement, most definitely, and I will encourage every mother to direct their son and daughter to an HBCU and give them a chance first. Now if you want diversity and inclusion, it starts with us first,” she said.

McClain said she hopes to influence other parents of student-athletes to consider HBCUs first.

“We have to start that moment and control our own destiny. We have to help direct our child in the right direction ‘hey, lets try and HBCU.’ And I’m gonna advocate for parents to do that. I know they will listen because they know I care about my children.”

USC’s athletic department is one of several elites that brings in revenue of better than $100 million each year. More than 80 percent of the school’s athletics revenue is tied to football. This summer when the PAC-12 decided against playing football in the fall of 2020, it was reported that USC stood to lose $50-60 million.

Jackson State’s entire athletic budget was south of $8 million a couple of years ago, the 10th lowest in all of Division I. McClain has seen the disparities, and she’s hoping her son and others can help somehow close the gap while bettering themselves. And not just at Jackson State.

How would college sports change if more parents subscribed to that thought process?