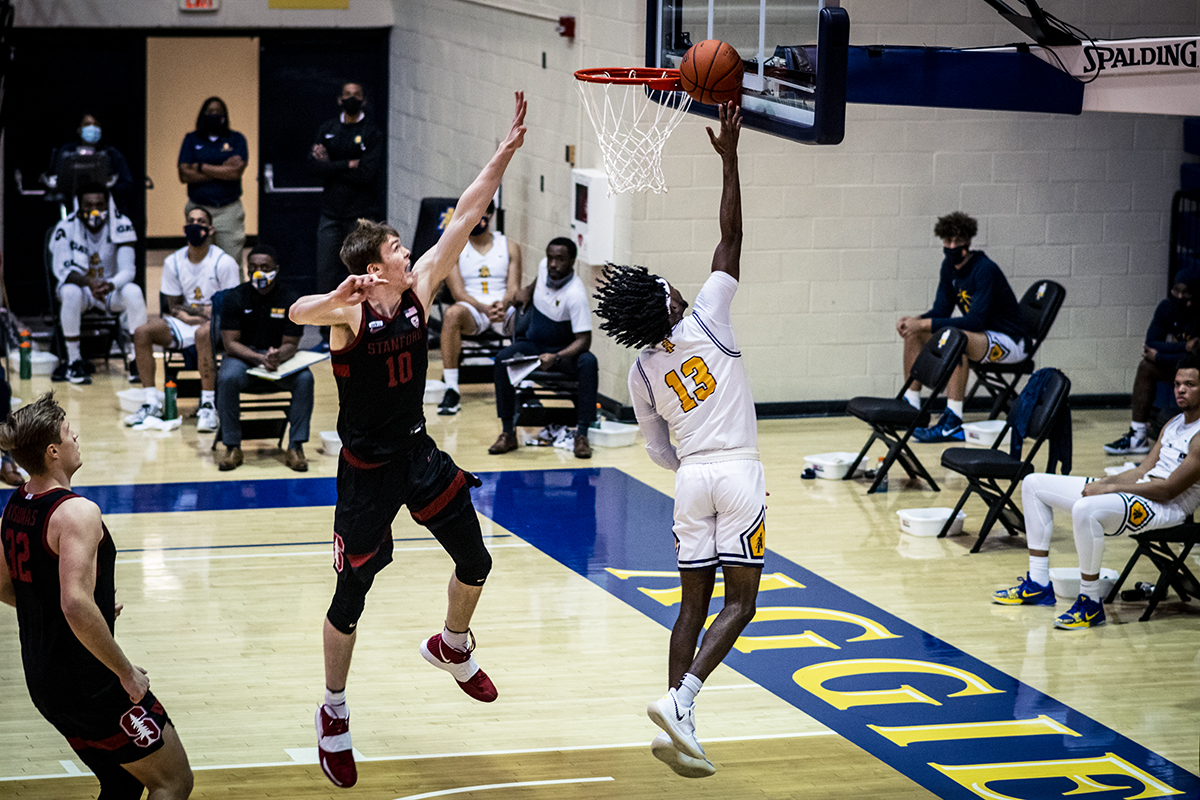 North Carolina A&T had a solid run late in the first half, but it wasn’t nearly enough to overcome Stanford in Greensboro on Sunday.

It was a historic day for N.C. A&T State University. The Aggies were hosting a Power Five for the first time in program history. It was a game that came about because of the strange times the world is living through called the COVID-19 pandemic.

“It’s been an unbelievable operation for us to pull this game together over the last 48 hours,” said N.C. A&T coach Will Jones. “Stanford is a good team. They won on the inside and we couldn’t make a shot. I think we need to bring better energy and that’s something we need to talk about.”

The Cardinal (2-2) opened the game on a 20-3 run over the first eight minutes of play. Stanford enjoyed their largest first-half lead at 29-11 with 7:57 remaining in the half. The Aggies (2-4) responded with a 12-2 run as they held the Cardinal to just 1-for-10 shooting over the final eight minutes to cut the deficit to 31-23 at the break.

Junior guard Kenyon Duling contributed all eight of his points throughout the run.

“We had a group in there that was battling,” said Jones about holding Stanford scoreless for over six minutes. “We went to a zone and we were able to rebound the basketball and limit them to one shot. It’s really about battling and those five guys battled.

They threw their bodies around, got in contact and rotated in the zone and we were able to hit a couple of shots to cut into the lead and give us some hope going into halftime, but we couldn’t sustain that coming out into the second half.”

Stanford opened half No. 2 on a 21-4 run shooting 9-for-11 as a team and limiting the Aggies to 2-for-8 shooting and three turnovers.

Senior guard Kameron Langley turned in a solid performance with eight points, eight rebounds, five assists and four steals. He now has 19 swipes through six games and has 673 career assists, 27 shy of the 700-mark. Sophomore big Harry Morrice was the high man for the Aggies with 10 points on 4-for-5 shooting.

All-Pac-12 first team performer Oscar da Silva had a game-high 26 points on 12-for-16 shooting to go along with eight rebounds for the Cardinal. He was the only player to score in double-figures for Stanford.

The Aggies will hit the road this week as they look to take on Longwood on Tuesday, Dec. 8 at 7 p.m. in Farmville, Va., followed by VCU on Wednesday, Dec. 9 at 7 p.m.