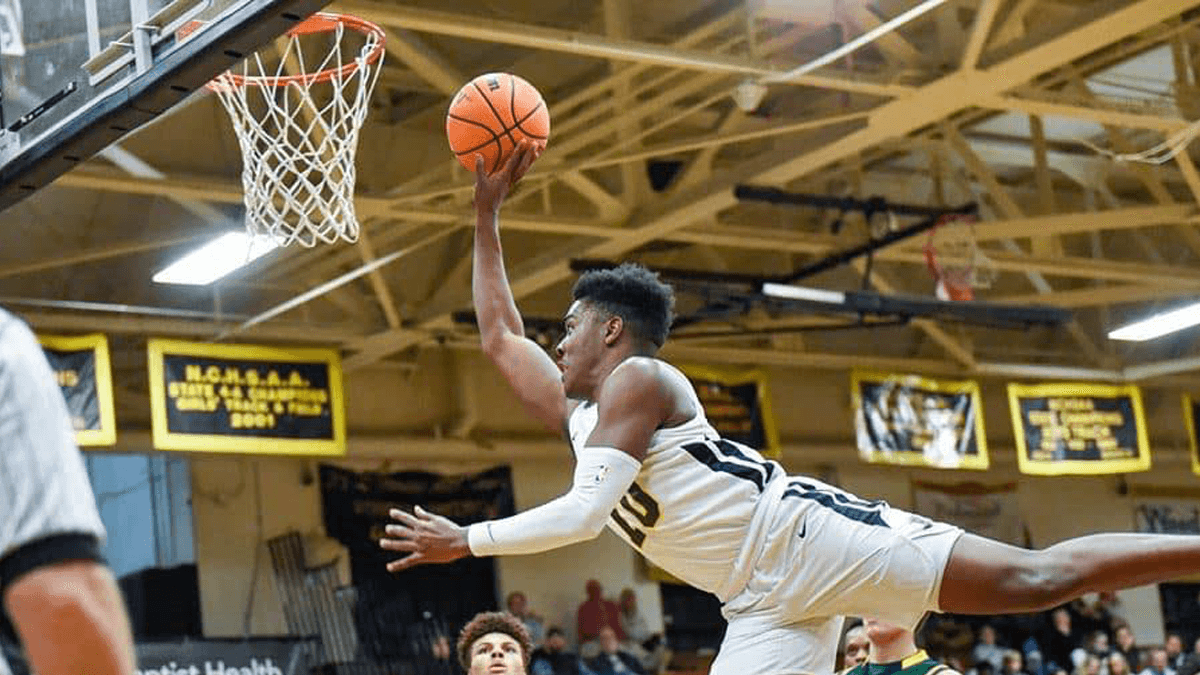 High School basketball kicks off in NC with mask mandate

High School basketball practice and tryouts begin on Monday across North Carolina, a hotbed of recruiting talent. The North Carolina High School Athletic Association has mandated that all players will have to wear masks during the game. It was one of many COVID mitigation measures the board announced last week.

Players will be required to wear masks during games and practices, gaiters will not be allowed.

We spoke with Caden Davis, one of the top high school basketball players in the Piedmont Triad region, about the impact of playing with a mask. He says it’s not too bad until crunch time hits.

“It definitely does get harder to breathe later. When you’re not really doing anything or practice just started it’s not that hard to breathe,” said Davis.

That’s certainly understandable for anyone who’s ever played a game of basketball in their life. Breathing is at a premium when you reach the point where tugging on your shorts is an involuntary reaction.

The NCHSAA is trying to address that issue by adding mandatory 60 second official timeouts during each quarter of the game.

Breathing is one issue, but keeping the mask on is another problem altogether. Basketball is a contact sport with hands constantly swiping at the ball but often missing the mark. Players are splitting double teams, coming off of picks, and generally rubbing bodies on both ends of the court. The mask will face its share of physical challenges.

Despite the challenges, it’s still the best course of action outside of canceling the season altogether. Student-athletes like Davis who will play in college have felt the uncertainty of not being able to showcase their emerging skills.

“You have to stay ready because something could happen at any point. I just tried to stay in the best shape that I could to get back to workouts or get back to practice.”

Davis just began his senior season at R.J. Reynolds High School in Winston-Salem, NC. Last year as a junior he was named the high school basketball player of the year in the 4A Central Piedmont Conference. He’s also the school’s starting quarterback and hasn’t decided if he’s going to play both sports or pick just one for college. He currently has six scholarship offers for football and three for basketball. He hasn’t been recruited strongly by any HBCU.

In our conversation, Davis talked about the recruiting scene and how his friends are reacting to the emergence of HBCUs gaining some traction with top-tier players.

“In my circle, there are a whole lot of kids that would like to go to HBCUs. especially me. Both of my parents went to an HBCU and a lot of kids I know went to an HBCU. So that’s definitely a topic of discussion. I think sometimes that kids around HBCUs and surrounding cities sometimes get overlooked.”

Teams will have about a month of pratice before games begin on January 4. The games will also be absent of a jump ball contest at the beginning of the game to reduce face to face contact.

High School basketball kicks off in NC with mask mandate