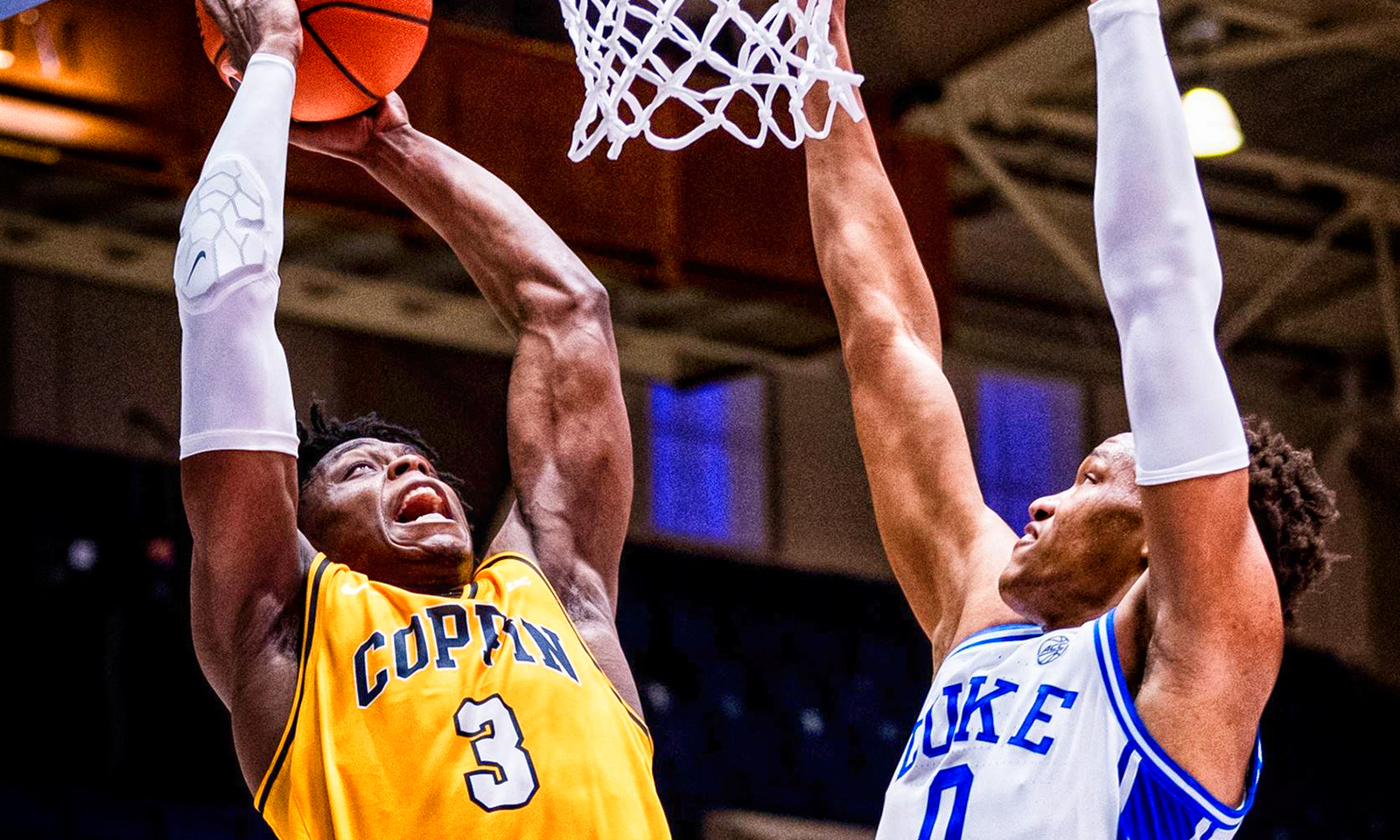 George Washington Pulls Away from Coppin State in Closing Minutes

Anthony Tarke scored a game-high 22 points for the second-straight game.

WASHINGTON, D.C. – Coppin State’s Anthony Tarke scored a game-high 22 points for the second-straight game but it was not enough as George Washington pulled away from the Eagles during the closing minutes to win 85-69 on Saturday afternoon at Charles E. Smith Center.

Tarke made 8-of-17 shots from the floor and also led Coppin with eight rebounds along with two steals and an assist. Three other Eagles finished in double figures as Domantas Sakickas hit four threes for 14 points in his CSU debut and both DeJuan Clayton and Kenan Sarvan added ten points apiece.

Clayton was credited with eight rebounds as well to go with three assists and four steals.  He now has 1,312 points, tying him for tenth on Coppin’s all-time scoring list with Keith Carmichael and one-point shy of Hall of Famer Joe Pace, who led Coppin to a 1976 NAIA National Championship.

The Colonials then went on a 13-1 run over the next six minutes to pull away and never looked back.

CSU is back in action on Sunday, December 6 when they travel to Drexel University for a 2 pm start on NBC Sports Philadelphia and FloHoops.

George Washington Pulls Away from Coppin State in Closing Minutes