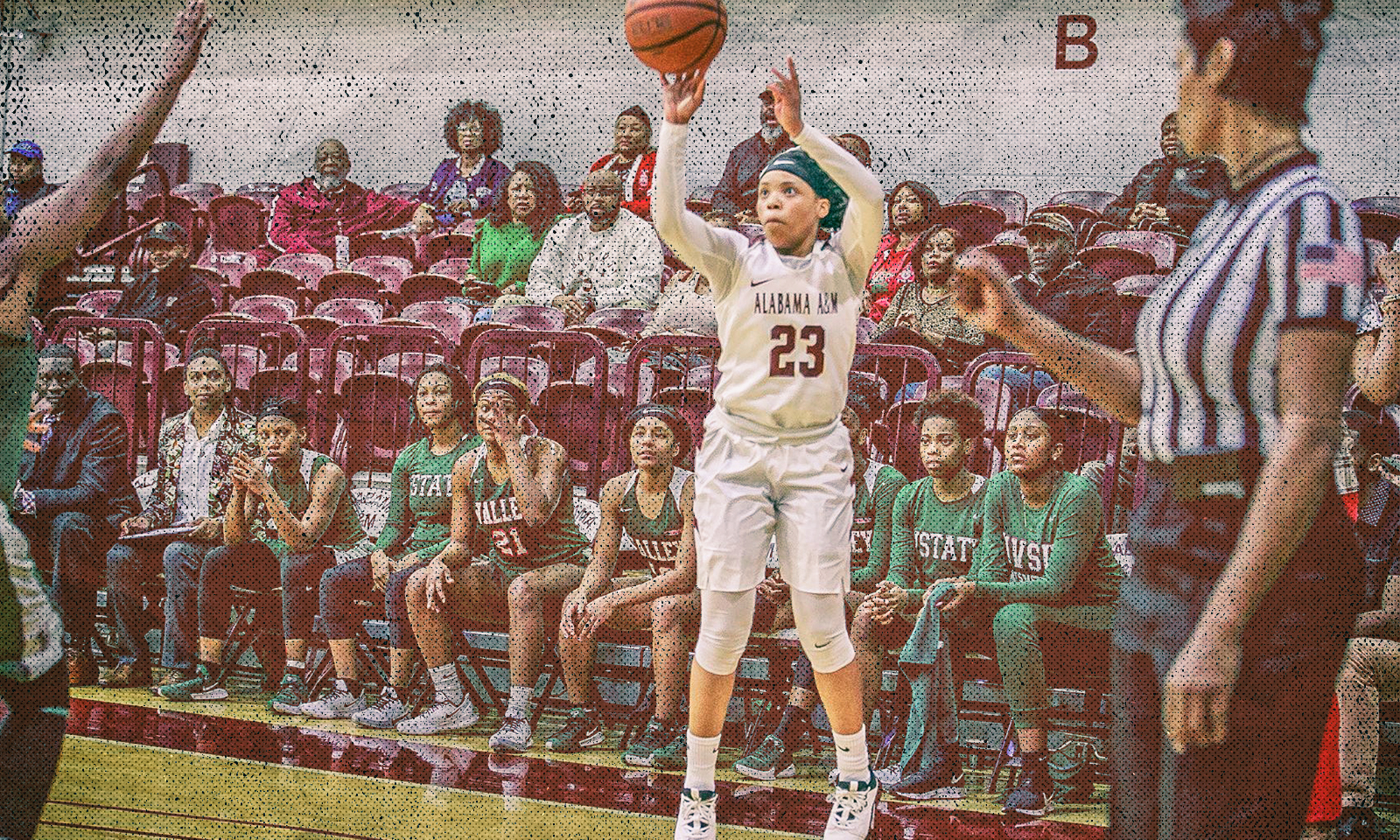 Harper led all scorers with 20 points on 7-of-13 shooting, including three from beyond the arc, while junior forward Dariauna Lewis (Omaha, Neb.) registered a double-double with 19 points and 10 boards.

Senior guard Nigeria Jones (Lincoln, Neb.) rounded out the double-digit performances with 13 points, 12 of which came in the first half, and added four caroms in 29 minutes. Redshirt-junior center Elexis Evans (Greensboro, Ala.) added eight points and four rebounds and freshman guard Azonya Austin (Kennesaw, Ga.) and sophomore forward Ariana Powe (Huntsville, Ala.) each chipped in with six points.

Facing a team that won 25 games a year ago, the Bulldogs wasted no time as they scored the first three buckets to race out to a 15-5 lead by the 5:22 mark of the opening frame. A pair of old school three-point plays by Troy’s Alexus Dye powered her own personal 6-2 run and narrowed the gap to 17-11 by the 2:48 mark. AAMU would then stretch the lead back up to eight on a pair of occasions before closing out the period with a 23-18 advantage.

Having recovered from the Bulldog’s initial burst, the Trojans battled back to cut the deficit to two, 23-21, in the opening minute of the second quarter. From there Alabama A&M used an 8-3 run, fueled by four different scorers, to push back out to a seven point spread at 31-24 with 6:51 to play in the half.

A jumper by Dye to open the second half knotted things up and began a stretch that would see the teams separated by no more than five points for most of the quarter. Leading just 53-51 at the 2:47 mark, back-to-back triples by Austin and Harper extended that margin to 59-51 with just under a minute showing. Troy’s Tyasia Moore would add three points down the stretch to send the teams to the fourth with A&M up 59-54.

With a win over one of the better teams in the country on the horizon, the Bulldogs stepped on the gas with a 7-0 run to start the fourth. That burst, kicked off by a three by Harper, powered them to a then game-high 12 point lead, 66-54 just a minute and a half into the frame.

The Trojans answered with three points to get it back under double-digits but it wouldn’t stay there long as back-to-back buckets by Evans pushed the margin to an insurmountable 70-57 with 4:24 to play. From there the Bulldogs closed out the 80-69 upset victory over No. 11 Troy.

Dye led the way for Troy with a double-double of 17 points and 12 boards while Jasmine Robinson finished with 17 points on 5-of-9 shooting, including 3-of-4 from three-point range. Moore added 14 points and seven caroms and Tiyah Johnson chipped in with 11 points. Emely Rosario helped fuel that offense with a game-high four assists to go with three rebounds.

Following the cancellation of their home opener against Florida A&M as a result of the Rattlers opting out of the season, the Bulldogs are now off until they travel to Dayton on Sunday, December 13. Tip-off is set for 1 p.m. (CST) in Dayton, Ohio.

NOTES
Alabama A&M was slated to open the season yesterday against Southern Miss before that game was cancelled out of an abundance of caution due to COVID-19 concerns within the USM program … the game was part of the Lady Eagle Thanksgiving Classic hosted by Southern Miss … despite just the one game played, both Harper and Lewis were named to the All-Tournament Team.