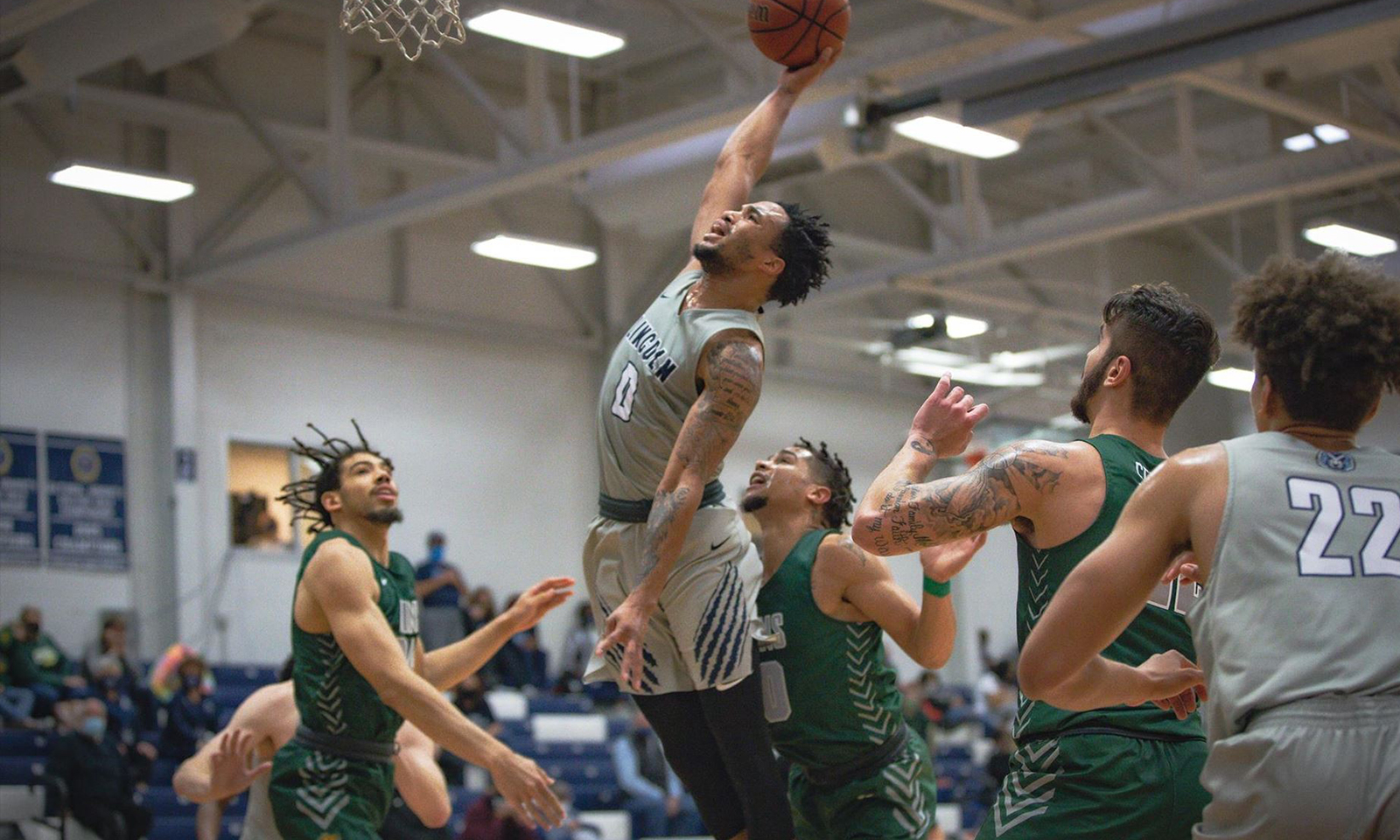 The Blue Tigers earned their first victory over a ranked opponent since Jan. 5, 2019, when LU defeated MSSU.

Witt scored 17 points and grabbed 10 rebounds while tallying a pair of steals and two assists, and Potts finished with 14 points, five boards and two steals. Quinton Drayton added 16 points and six rebounds, and Ni’Sean Rigmaiden provided 11 points to the winning cause.

Lincoln (2-0, 2-0 MIAA) opened the game on a 6-0 run and eventually built a 22-8 lead against a Missouri Southern (3-1, 3-1 MIAA) team that entered the day undefeated and ranked No. 21 in the National Association of Basketball Coaches’ Division II poll. The Blue Tigers earned their first victory over a ranked opponent since Jan. 5, 2019, when LU defeated MSSU, then ranked No. 20, 90-83. This marked the third win over a Top-25 opponent by a Lincoln team coached by John Moseley.

The Lions clawed back to within one with 2:26 to play in the first half, but a technical foul called against Missouri Southern led to a 6-2 run by the Blue Tigers that put LU ahead, 33-28, at halftime. Lincoln led for the entire second half, building a 61-46 advantage with 9:46 remaining. Missouri Southern would not get any closer than within five of the Blue Tigers, who scored seven in the final minute to seal the victory.

Yaniel Vidal came off the bench to provide seven points, four boards and an assist, and DaMani Jarrett finished with five points and four rebounds while Arash Yaqubi supplied six points and a steal. Mekhi Kimble and Lamont Ballard, Jr. each had a rebound.

Missouri Southern held a 47-37 lead in rebounding, but the Blue Tigers forced the Lions into 20 turnovers and shot .443 from the field. LU also limited MSSU to a .263 shooting rate beyond the arc, and scored 10 second chance points on eight offensive rebounds.