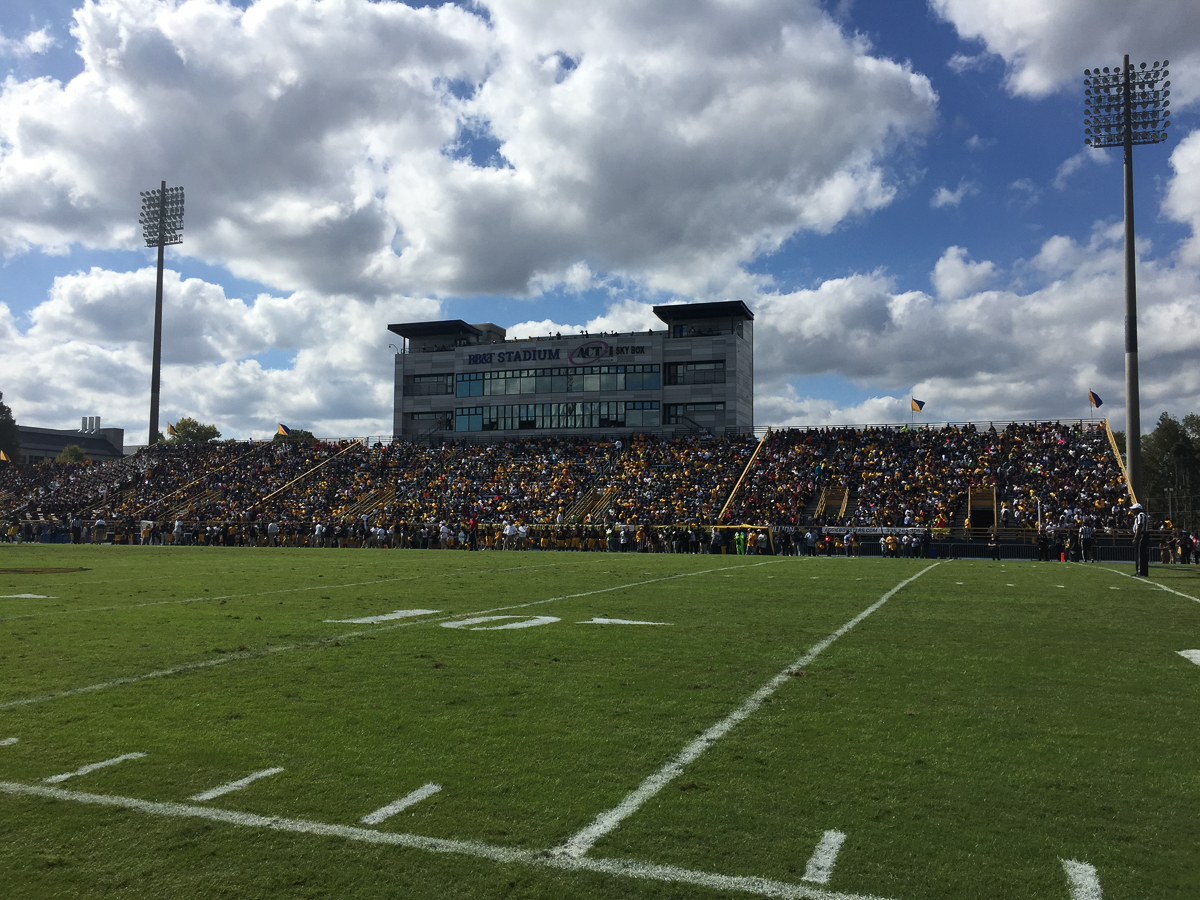 For years the NCAT football stadium was known as Aggie Stadium. Then it was BB&T Stadium. Now it has a new name once again.

To reflect the merger of BB&T and Sun Trust, the Aggies home facility for football and track and field will be called Truist Stadium. The stadium went under the name Aggie Stadium from 1981-2018 before the name was changed to BB&T Stadium two years ago.

A rebranding of the NCAT stadium is expected in the weeks ahead with signage throughout the stadium including on the front and back of the skybox and the videoboard.

“North Carolina A&T football has been a staple of the Greensboro Community for nearly a century,” said N.C. A&T Director of Athletics, Earl M. Hilton III. “Our track field team is in the process of building a legacy in East Greensboro. We also host some of the biggest track and field events in the nation here. Through our partnership with Truist we look to continue our tradition in football, we look forward to building a national track and field power and we welcome the nation to visit North Carolina A&T by attending one of our many youth track and field meets.”

Truist Stadium at North Carolina A&T will join the likes of other signature Piedmont sports including Winston-Salem’s pro baseball stadium, Wake Forest University and the High Point Rockers in changing their stadium names from BB&T to Truist.

“We are proud of our partnership with NC A&T and look forward to continuing this as Truist.  We are committed to supporting the Aggie Pride legacy in the Greensboro community,” said Greensboro Market President for Truist, Ford Bowers.”

554
The Latest in HBCU Sports and Culture