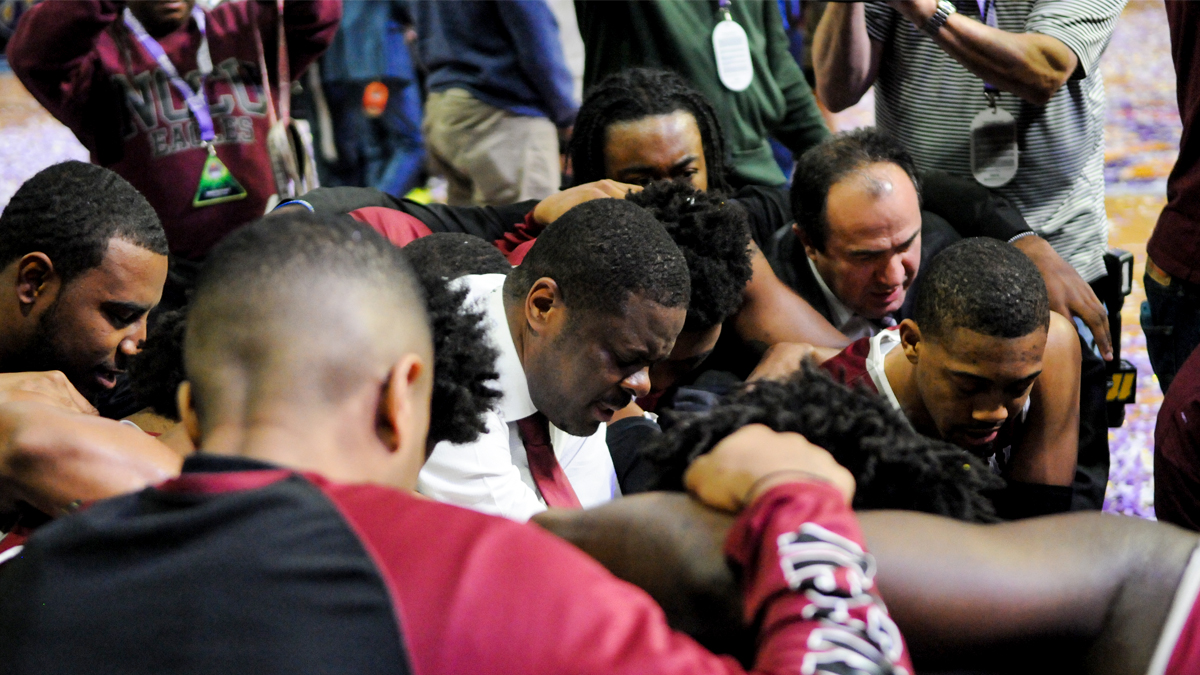 NCCU basketball forced to pause due to COVID-19

COVID-19 shut down North Carolina Central’s bid for a fourth-straight MEAC title. Now NCCU is hoping to get past it in time for its season opener.

Add NCCU men’s basketball to the list of programs having to pause due to COVID-19.

A positive test in the basketball program has resulted in North Carolina Central pausing practice through the weekend, according to the Raleigh News and Observer.

“We have paused team activities due to a positive test and will resume practice on Monday morning prior to departing later that day for a tournament in Iowa,” Sports Information Director Kyle Serba told the paper.

NCCU is scheduled to open its season against Iowa on Wednesday. Iowa is the fifth-ranked team in the nation.

This isn’t the first time COVID-19 has forced NCCU off the court. The program was gunning for its fourth-straight MEAC Tournament title last March when things all came crashing down. As regular season champions, NCCU was the favorite to bring home the crown.

During October’s MEAC Media Day, both NCCU basketball programs had no positive tests to report. But head coach LeVelle Moton knew then that his team, as well as himself and his staff, had to stay vigilant.

“We can’t poke our chest out and tend to believe we’re this great of coaches and they’re following protocol. At the end of the day, we’re coaching 18-to-22-year-old kids,” Moton said. “I don’t care how many times you test, it still goes back to them doing the right thing. Whether you test them one time a week or seven times a week. They have to do what they’re supposed to do. Wear their mask. Socially distance. Wash their hands. That’s the one thing we continue to emphasize.”

There has been no information as to whether or not it was a student-athlete or a staff member that tested positive.

“It’s different when you have the fate of your health in the 18-to-22-year-old kids and its predicated off of what, not only they do, but you also as well.”

Dozens of schools have had to pause their basketball programs. Bethune-Cookman and Maryland Eastern Shore, two MEAC programs, have decided to opt out of athletics for the fall.

NCCU basketball forced to pause due to COVID-19