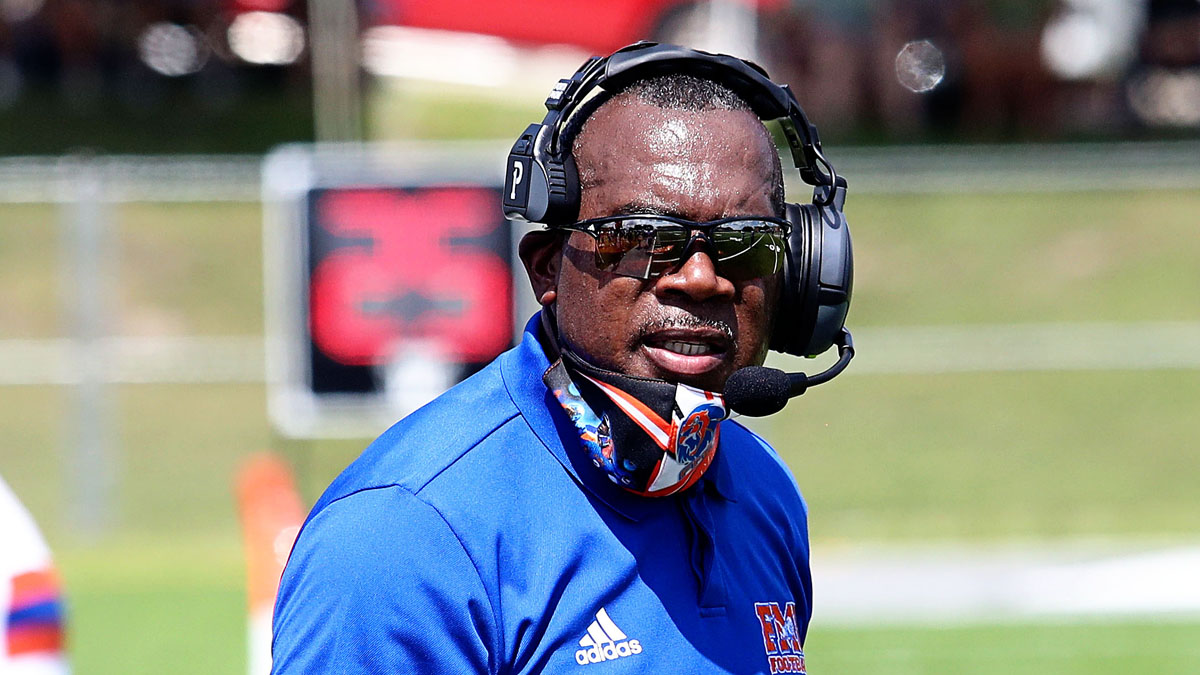 Florida Memorial University was the only HBCU football program to play football this fall. But beneath the surface, things are going anything but smooth.

Florida Memorial University is the only HBCU that elected to play college football in 2020. It started off with a 62-0 loss in the program re-start, and things have only gone further down hill since then.

In the span of a week, two football games have been rescheduled, due to “COVID-19 related issues.” A source tells HBCU Gameday that more than two dozen FMU football student-athletes have tested positive for COVID-19. HBCU Gameday has also learned that Tim “Ice” Harris has been suspended indefinitely after refusing to coach the team with the COVID crisis.

Sources indicate AD Ernest T. Jones will name himself as interim head coach. We reached out to FMU athletics and called Jones, but Jones did not return our calls.

HBCU Gameday reached out to Florida Memorial for comment on the status of both those coaches, as well as cheer coach Kalyn James who has reportedly been fired after our initial report. Our request remains in queue, however, James’ status was not answered by the school.

AD has numbers, won’t release them

Jones told HBCU Gameday on Tuesday that, although he is aware of the number of student-athletes that have tested positive, he is not at liberty to disperse the information. Nor is it in his hands.

“My job as the athletics director is to get the information to the people on campus. And then the school moves it from there,” Jones said.

“The health and safety of our students, of our student-athletes, of our faculty and staff is at the forefront of every decision that we make,” he said. “We don’t make any decisions at Florida Memorial University without thinking about our students, our student-athletes, our faculty and our staff. Me, in particular as the director of athletics, I’m here because of these young people. And because of this staff. I’m never going to jeopardize their health, their wellness— any of that stuff. It will never happen as long as I’m the AD.”