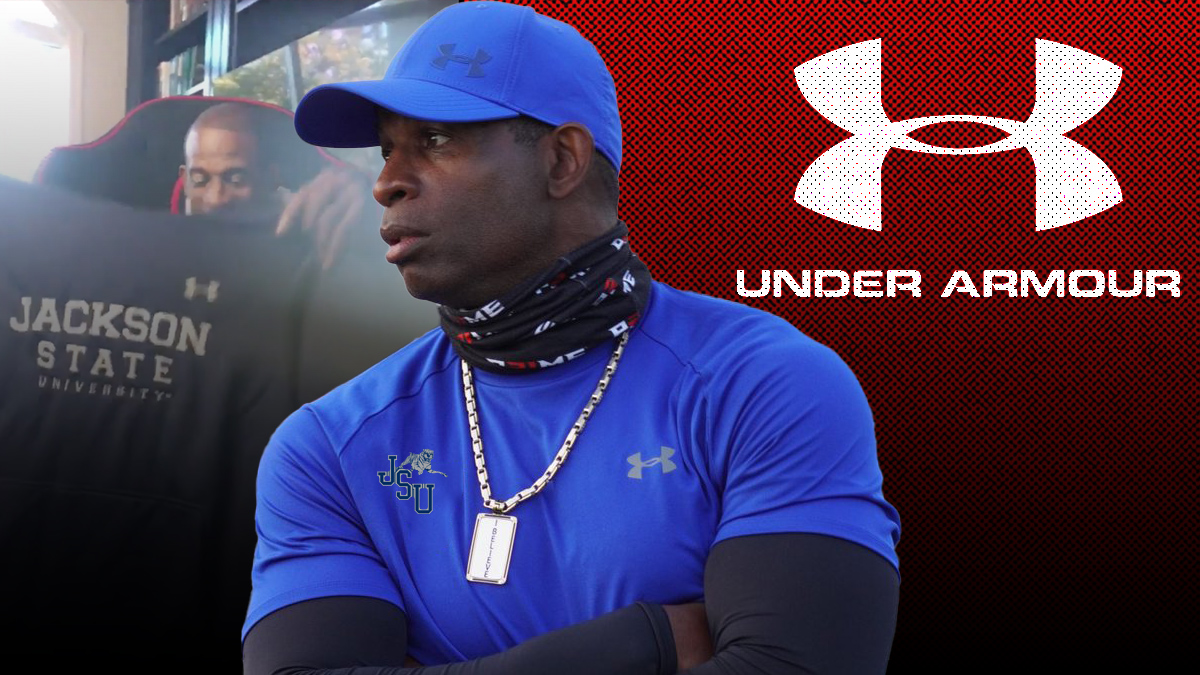 We told you two weeks ago that Under Armour was part of the Deion Sanders deal. Coach Prime says Jackson State is now an Under Armour school.

It looks like the Deion Sanders-Under Armour marriage will continue at Jackson State.

Jackson State’s new head coach posted a video on his own social media on Saturday afternoon showing off some gifts. They included merchandise with Sanders’ face on it, ball caps, and a special Jackson State tee with an Under Armour symbol.

“We got the UA on it,” Sanders said pointing to the shirt. “Cuz we UA now. Thee I love, baby.”

HBCU Gameday has reached out to Jackson State for comment.

HBCU Gameday was the first to report that one of the conditions for signing Sanders meant Jackson State would likely have to leave Nike. Sanders was introduced as coach a few days later, but none of the JSU gear he rocked bore the swoosh symbol.

Sanders was once Nike’s biggest seller, but things soured between the two parties. He’s been an Under Armour endorser for years, most recently at Trinity Christian in Dallas, Texas. Now his hiring has swung the JSU pendulum from Nike to UA.

Jackson State would be the third Under Armour school in the SWAC, joining Texas Southern and Southern University. Both of those programs have been wearing Under Armour since 2018 after Russell Athletics got out of the college uniform business. JSU agreed to a five-year deal with Nike that year.

Howard and Hampton University are also UA schools as well as the entire CIAA.