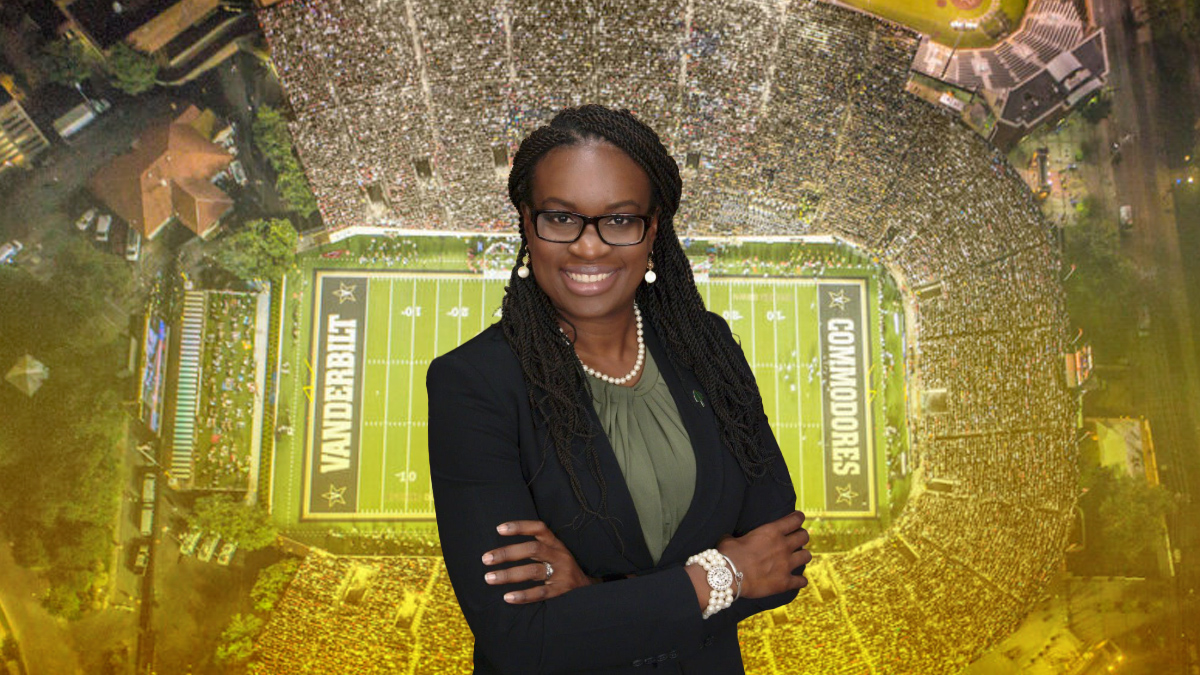 After starting her career as a sports information intern at an HBCU, Dr. Kristene Kelly is a part of a groundbreaking group in SEC athletics.

Dr. Kristene Kelly has left the Ivy Leagues and is headed for the SEC.

Kelly, a Johnson C. Smith alumnus, has been hired as deputy athletic director for internal affairs at Vanderbilt University. She was hired by Dr. Candice Storey Lee, the first woman and African-American Director of Athletics in SEC history.

“I’m beyond excited to have the opportunity to join the Commodore family in this role under Dr. Lee’s leadership,” Kelly said. “I not only grasp how significant Dr. Lee’s hire is to the school, the community, the SEC and the nation, but more importantly, the responsibility that comes along with it. I share in that responsibility and her vision for the future of Vanderbilt Athletics.

Dr. Kelly comes to Vanderbilt after a successful stint at Dartmouth College.

“I will forever treasure the time I spent at Dartmouth, which is an incredible institution with a rich tradition. However, this was an opportunity that, when presented, was not something my family and I could turn down. I hope that Commodore Nation is ready for all of my energy, enthusiasm and competitiveness.”

A 2000 graduate of Johnson C. Smith with bachelor’s degrees in physical education (sport management) and communication arts (public relations), Kelly earned all-rookie honors on the softball team before captaining the squad as a senior. In addition to serving as a sports information intern all four years, she was also a student trainer for the football team.

She has since worked in all three NCAA Divisions. She’s been a sports information director at her alma mater, becoming the second woman to win the John Holley Sports Information Director of the Year Award.

The former JCSU softball star is a native of St. Croix, U.S. Virgin Islands and is a member of Delta Sigma Theta Sorority, Inc.