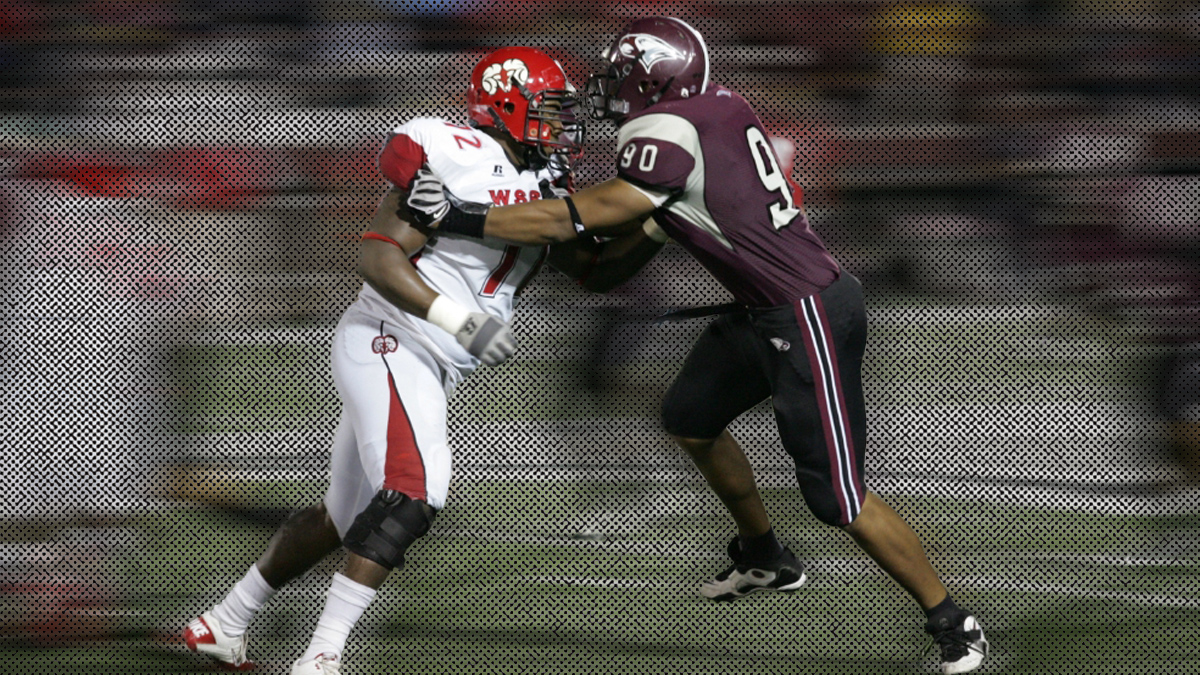 NC Central and Winston-Salem State were supposed to meet for the first time in a decade. Here’s what will happen instead.

Overtime under the lights

If Connell Maynor knew how to do one thing, it was beat North Carolina Central. He was perfect against NCCU at WSSU (a 25-0 win in 1987) and at A&T as a player. Now he was bringing his first team into Durham, and was determined to show he and his team were ready.

The former quarterback had found something the week before in Kam Smith. The Navy transfer from Garner led the Rams to the come-from-behind win over the Aggies. He stepped into Durham as the starting quarterback and would show why all night long.

When the dust settled, Smith had thrown for five touchdowns, including the game-winner in overtime. Smith found Tehyvin Brantley for a 31-yard strike in overtime that gave WSSU a 34-27 win over its two-time conference rival. Smith threw for 294 yards while completing 18 of 29 passes, a sign of things to come for the Rams.

Reuniting with a purpose

Both programs would rise from their transition period to achieve success in the following decade.

After an 8-2 finish in 2010, WSSU would go on to back-to-back unbeaten regular seasons and CIAA titles, and roll all the way to the D2 national title game in 2012. It would complete the decade with six division titles, four CIAA titles and four appearances in the D2 playoffs.

NCCU would go through another few bumpy seasons before finding its wings in the middle of the decade. It would win parts of three MEAC titles in 2014 and 2015 (later vacated) and the outright 2016 conference title.

Both programs have fallen down in recent years, but both are looking to rebuild their programs under coaches who played at NCCU. Former NCCU star and NFL defensive back Robert Massey is the interim head coach at WSSU. Trei Oliver, a defensive back from the 1990s, has taken over at his alma mater after coaching at A&T and at Southern with his teammate Dawson Odums.

Saturday’s game at O’Kelly-Riddick was supposed to be a re-introduction to a rivalry that is much closer than both schools with A&T. The series is tied at 22-22, and the last time WSSU showed up at O’Kelly-Riddick a crowd of 9,711 came through the gates. No non-homecoming, non-North Carolina A&T game has put more fans in NCCU’s stadium than the last WSSU and NCCU game. Both schools stood to make a lot of money on the game, but then COVID-19 changed the world.

So there won’t be a game on Saturday, but there will be a competition between the two schools that will put money into them. Check out the inaugural #HBCUniversus as NCCU and WSSU have a virtual party with a purpose to raise money for scholarships.

The battle begins at 4 PM on Saturday right here at HBCUGameday.com.