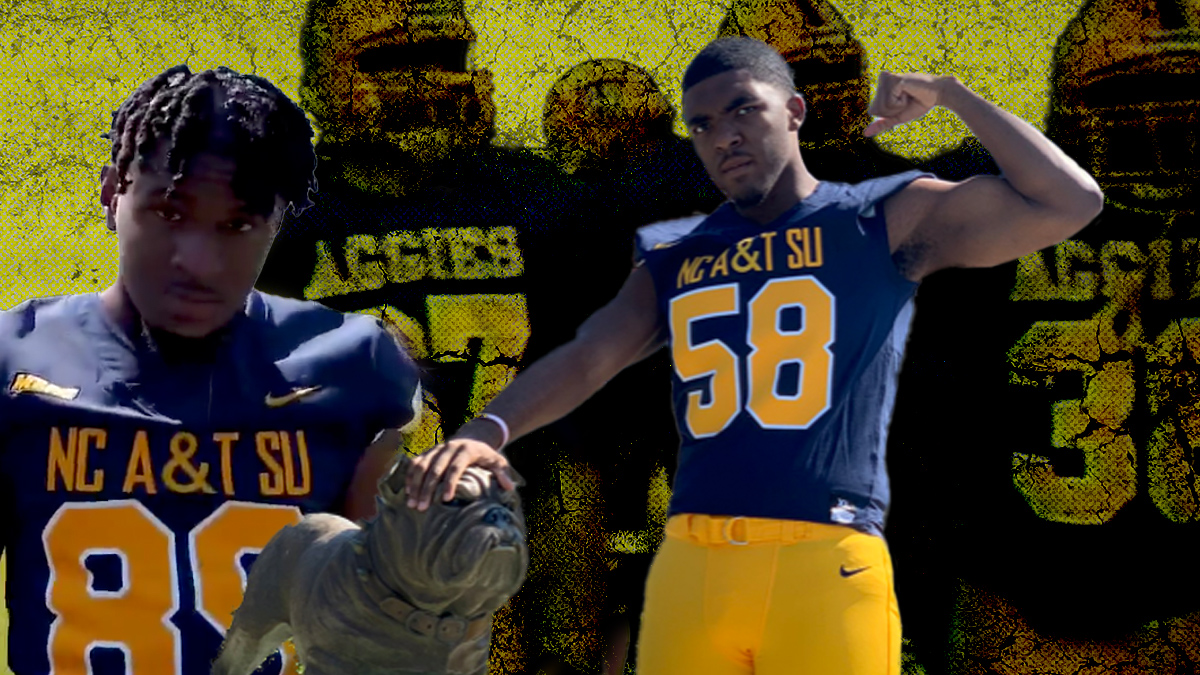 The new North Carolina A&T football jersey appears to draw heavy inspiration from a classic one. But it has its own twists as well.

What was old is new again for North Carolina A&T football jerseys. Well, sort of.

While it won’t be playing any football games this fall, the Aggies revealed a new uniform combo as they took team photos. The look is a blue jersey with with gold pants, the official school colors. The font of the jerseys is gold as well, with white trim. The arm sleeve has thick horizontal white and gold stripes.

For the first time ever, though, it looks like the school will use the acronym of its full name. Stitched across the front of the jersey is NC A&T SU, which is short for North Carolina Agricultural and Technical State University. Yes, the name is so long, even its abbreviated version is a mouthful.

The uniform looks like a nostalgic nod to the Bill Hayes Era of A&T football.

The blue on the new North Carolina A&T football jerseys appears to be just a little less “royal” blue than the inspiration. But also seems more in line with what the university is using as a whole. It’s certainly a stark contrast to the gray look unveiled in 2018.

The most interesting part of the look is the “NC A&T SU” on the front of the jersey. In North Carolina, the school is usually referred to as “A&T.” With the advent of the social media era, NCAT has become more familiar in print. And while the “State University” has been a part of the official school name for decades, it’s odd seeing it repped on a jersey. But according to some, that’s just a case of the old becoming new again.

Just as long as they never bring back THIS uniform.

The big question now is that if this is the program’s new primary uniform, will a gold helmet be in the near future?