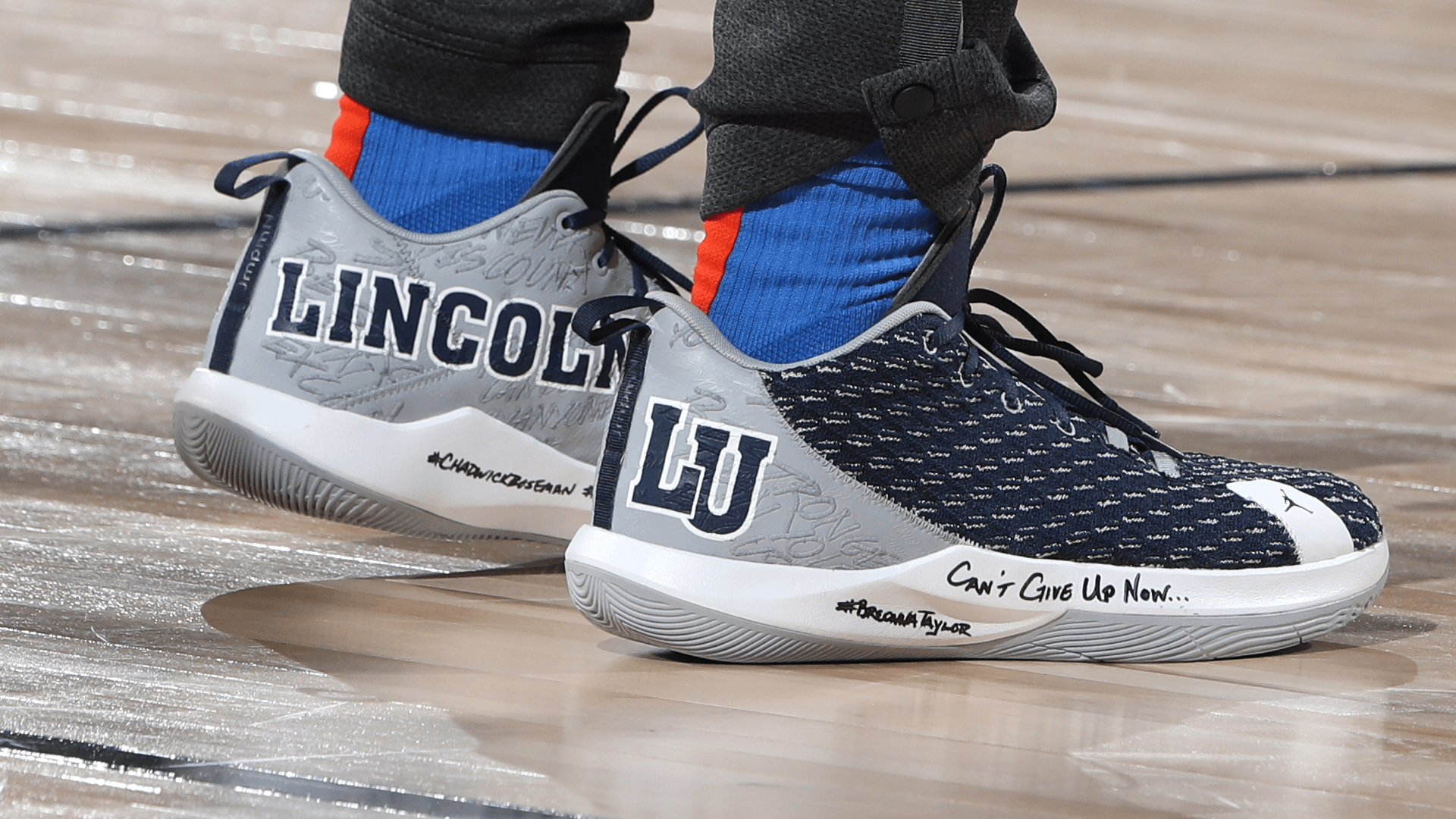 Lincoln (MO) the choice for Chris Paul in return to action

The Blue Tigers get the nod from CP3

The NBA playoffs are back and Chris Paul’s HBCU Sneaker Tour rolls on. Paul wore a pair of custom Lincoln Blue Tigers shoes for the Oklahoma City versus Houston Rockets game five matchup.

The NBA playoffs had been postponed for the majority of the week as players refused to play after the Jacob Blake shooting in Wisconsin. Saturday marked the return of action and a pivotal game for Paul’s Thunder team.

HBCU fans were interested in a different kind of game on Saturday. The HBCU Sneaker Tour has in essence turned into a game of HBCU roulette. No school ever knows when or if it will get the spotlight of Chris Paul’s feet. One has to watch the game very carefully or scour the internet to determine who was the go to school for the night.

In the HBCU universe, there is more than one Lincoln and you have to know your Missouri from Pennsylvania. It was a faux pas that at least one national outlet had to correct via a deleted tweet. But getting it right in the end is what ultimately counts.

Paul also wrote the names of actor Chadwick Boseman and former NBA player Clifford Robinson on his shoes. Both men passed away unexpectedly over the weekend.

Lincoln (MO) is a Division II HBCU located in Jefferson City, Missouri. The Blue Tigers are members of the Mid-America Intercollegiate Athletics Association. The Blue Tigers joined the conference in 2010.

The nod to Lincoln was appreciated by fans and the university. The school ackowledged the look during the first half of Saturday night’s game.

“Chris Paul @CP3 we Appreciate you! Thank You for reppin’ the Blue Tigers in your game today & at a time when we remember the life of Chadwick Boseman,” the school tweeted.

Lincoln (MO) the choice for Chris Paul in return to action