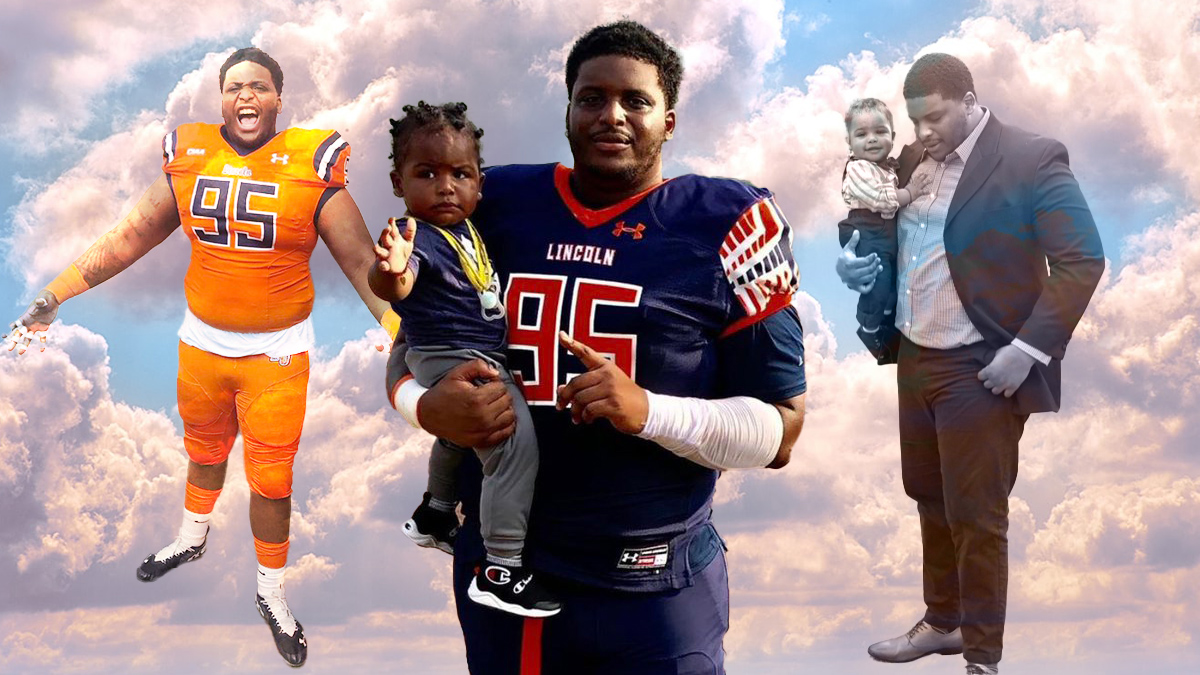 Jamain Pink, a member of the Lincoln University football program, has passed away. The student-athlete was a doting father as well.

The Lincoln University football program is mourning the death of one of its own.

Jamain Pink, a member of the Lincoln University football program, has reportedly passed away.

Teammates tell HBCU Gameday that Pink was shot, but we have not been able to confirm. No reports of Pink’s death have been published.

We have reached out to Lincoln for further info.

Pink was a defensive lineman from Reading, Pennsylvania. He started his career at Cheyney University, walking on to the program after sitting out his high school career.

The Cheyney program was disbanded prior to the 2018 season, so Pink ended up at rival Lincoln. He switched from offensive to defensive line last season, recording 11 tackles. In addition to being a student-athlete, Pink’s twitter page showed him to be a doting father.

Our thoughts and prayers are with Pink’s family as well as the university and its football program.