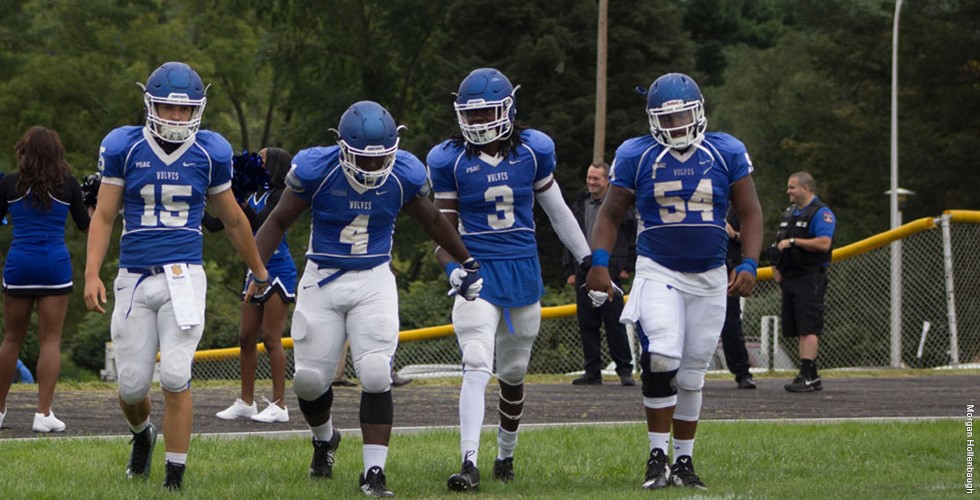 Cheyney University of Pennsylvania football is calling it quits. Perhaps there is a silver lining in the disappointment.

One of the nation’s oldest HBCUs is calling it quits in football. Cheyney has decided to drop football, according to a release by its conference, the Pennsylvania State Athletic Conference.

The release, in its entirety:

We have been in contact with Cheyney University President Aaron Walton as he and his staff deliberated potential actions.  The communications between the Conference and President Walton have been objective and forthright on both sides.

These are very difficult times financially for many institutions of higher education in the country and the Commonwealth. Cheyney’s decision is a result of that.

The Conference Office will work with its member institutions to find potential opponents in the 10 now open dates in mandated league schedules.

While the school has been slow to confirm the PSAC announcement or release one of its own, its football coach has confirmed the program is being shut down.

“We were invited to a meeting with the president on Wednesday and told that due to budgetary restraints, the football program was being discontinued,” head coach Chris Roulhac told Delcotimes.com. “It’s been a very sad last 24 hours, but there is really nothing we can do about it. You hear rumors, but we always held out hope that the program could be saved.”

According to Roulhac, Cheyney President Aaron Walton told the group that football needed to be cut to help save the school.

“And because football is the most expensive sport to fund, he had decided to drop the sport. He also said that no other sports would be affected at this time, but he left open the possibility that the situation could be reassessed at a later date.”

Perhaps this shouldn’t be as big of a surprise. The program was set to play at Alabama State in the Turkey Day Classic last month, but had to pull out of the game due to financial reasons just weeks before the game was to take place.

Even in the world of black college football, Cheyney was far from a household name.

Much of that was due to not being in an HBCU conference like the CIAA or MEAC. Still, the school will at least be missed by Lincoln, its in-state rival that competes in the CIAA. Lincoln and Cheyney’s Battle of The First was not only a game that commemorated the two oldest institutions of higher learning for African-Americans, it was often the only game that either of the programs won.

More Changes On The Horizon

While dropping football may be disappointing to many students and alumni, it might not be the worst thing in the world for the school or the athletic department. Football is often said to be a big money maker but for many schools, it may cost more than its worth.

This move could strengthen other athletic programs, and perhaps propel a move to the CIAA, which would likely increase travel costs but the money it saves and the visibility it would gain might offset that.

Then again, football may just be the first cut as the school hopes to continue to keep going as it moves towards its 200th year anniversary.