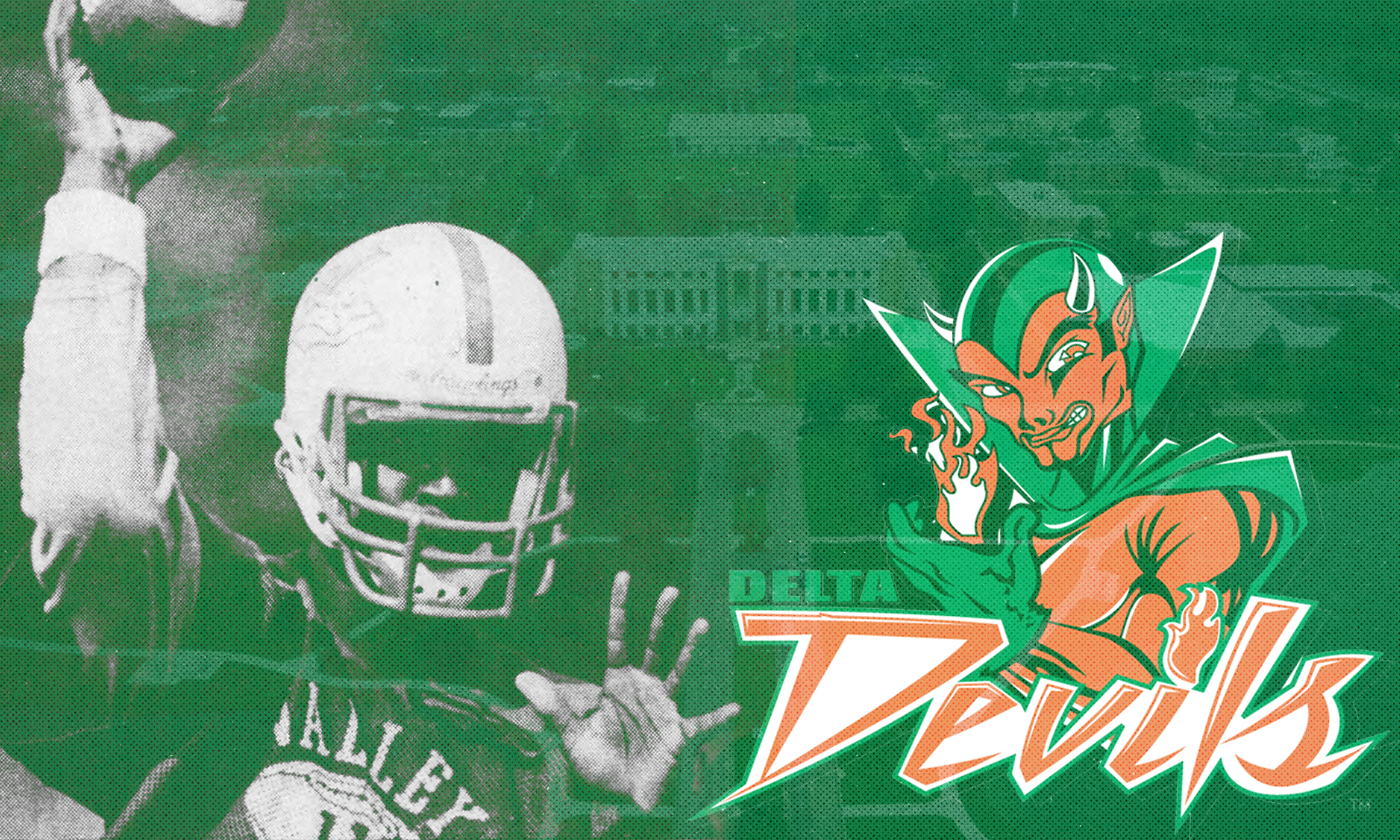 Thomas Leonard stepped into the shoes of one of the greatest college quarterbacks in history and carved out his own hall of fame career.

Thomas Leonard stepped into the shoes of a legend and paved his own hall of fame career.

The former Mississippi Valley State quarterback, nicknamed “Tommy Gun” passed from labor to reward recently at the age of 54.

“I was signed as a quarterback, which is the position I wanted to play” Gunn told the Clarion-Ledger in 1986. “A week or two after the doctor gave me the OK, I started rehabilitating my knee at Baptist Medical Center.”

Of course, this was during the famed Satellite Connection days of quarterback Willie Totten and receiver Jerry Rice. Playing in Archie “Gun Slinger” Cooley’s pass-happy offense held much appeal for Leonard, who ran a 4.5 40 yard dash. He committed during the school’s legendary 1984 season.

“I decided on Mississippi Valley from the standpoint of them throwing the ball. That was No. 1. Plus, I did a little in-depth study on who was backing Totten up. I saw some things I could do from their style of offense.”

Of course, Totten was the man for Valley, as he left the school with many FCS records. So Leonard had to bide his time, playing mop up duty and soaking up as much as he could from Totten.

“Thomas Leonard was a very competitive athlete; he was also a good person,” Totten said in a statement. We came to know each other better because we were roommates my senior year at MVSU.”

He took over for Totten in the 1986 season and quickly made an impact, accounting for 21 of the team’s 28 touchdowns that season. Leonard’s time at Valley nearly ended after the 1986 season as he announced plans to transfer to Arkansas-Pine Bluff. Cooley left Valley for UAPB and took 25 players with him, but Leonard stayed.

Leonard signed as free agent running back with the Kansas City Chiefs in 1988 and played briefly in the CFL.

After his pro football stint, Leonard continued his love for football by becoming a college coach at the University of Arkansas – Pine Bluff.  After Pine Bluff, he helped to start the Jackson Youth Association and went on to serve as the offensive coordinator for the Mississippi Pride a semi-pro football team.

Our thoughts and prayers are with Thomas Leonard and his family.