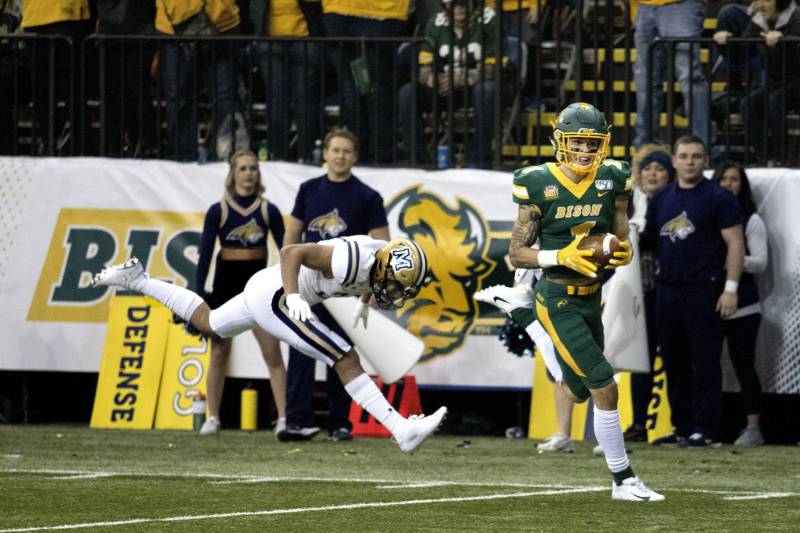 FCS Playoffs are off as more conferences postpone football

With three conferences deciding to postpone fall sports on Friday, all eyes shift to spring for FCS football.

A series of decisions on Friday has led to the end of the NCAA FCS football playoffs for this fall. The deal was sealed when the Pioneer, Big Sky, and Missouri Valley Conferences announced they were postponing football this fall. That put the threshold of teams planning to participate in football this fall below 50 percent. This week the NCAA mandated that if more than 50 percent of teams canceled their seasons, there would be no championship.

That leaves nine of the 13 FCS conferences not playing this fall. Even if the remaining teams play this fall, not enough teams are left for a playoff. The Big South, OVC, Southern and Southland conferences are the last remaining holdouts.

All aboard the spring train

The MEAC and SWAC were among the first FCS conferences to announce it was suspending fall sports competition. The SWAC was the first conference to fully invest in the idea of playing football this spring. Which hopefully won’t be conveniently forgotten because now they have some company.

“We will now shift our attention to doing everything within our power to provide our football student-athletes and coaches with a conference schedule and a championship [playoff] opportunity in the spring,” Big Sky commissioner Tom Wistrcill said. “We already have begun actively engaging our fellow FCS conferences and the NCAA to join us then for what will be a unique opportunity to return to competition and compete for an FCS championship.

It was late Friday evening when the Missouri Valley Football Conference decided to pull the plug this fall. It has decided to go with an eight-game spring schedule instead. As the home of the three-time defending national champions North Dakota State, the conference is motivated to maintain the playoffs.

The shift to spring gains momentum

“Without question, the most important part of our decision-making process was listening to our student-athletes and hearing their feelings,” stated Jim Tressel, chair of the MVFC Presidents Council and president at Youngstown State University. “What we clearly heard was that they want to play this year for a chance to participate in the FCS playoffs. It’s great to know that they believe we are taking all the steps necessary to keep them safe in the process. All 11 MVFC teams weighed in with their positions on the options we considered, and all thoughts and concerns guided our thinking.”

The NCAA board of directors gave the Division I Council until Aug. 21 to determine the status of playoffs, which have been held annually since 1978. The NCAA expanded them to 24 teams in 2013.

FCS Playoffs are off as more conferences postpone football