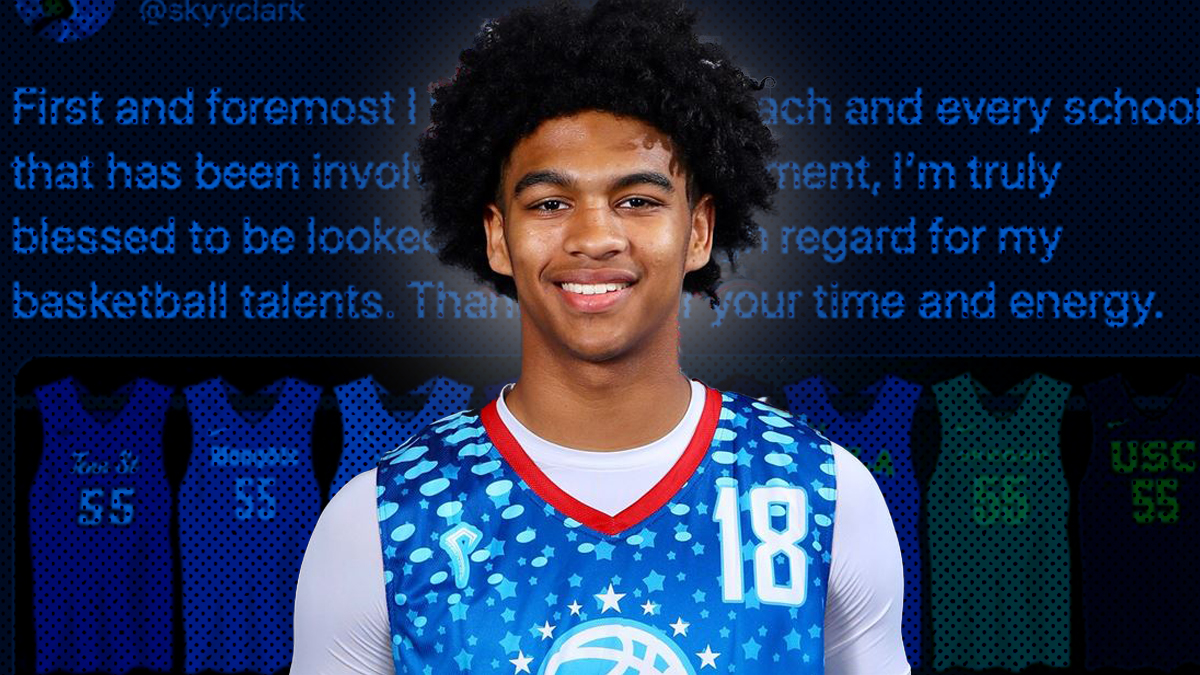 Skyy Clark the latest five star with HBCU on his list

Tennessee State basketball has the ear of another top basketball recruit. Skyy Clark has TSU in his sights at the moment.

Skyy Clark just might be the next prospect to pick an HBCU.

At least that’s what you have to hope if you are Tennessee State. The talented 2022 combo guard released his top eight schools on Friday, and TSU was in the number.

Also making Clark’s list were: Memphis, North Carolina, Kentucky, Michigan, UCLA, Oregon and USC. According to 247Sports, Clark is allegedly considering re-classifying to the Class of 2021.

“First and foremost I want to thank each and every school that has been involved in my recruitment, I’m truly blessed to be looked at in such high regard for my basketball talents,” Clark tweeted. “Thank you for your time and energy.

The 6’2 guard is a native of Minneapolis and a cousin of former Minnesota Viking Dante Culpepper. He started his high school career at Heritage Christian High School in Northridge, Calif.

Last month, TSU landed on the top 10 list of Mikey Williams, one of the top prospects in the 2023 class. TSU was one of five HBCUs Williams had on his list.

Skyy Clark the latest five star with HBCU on his list