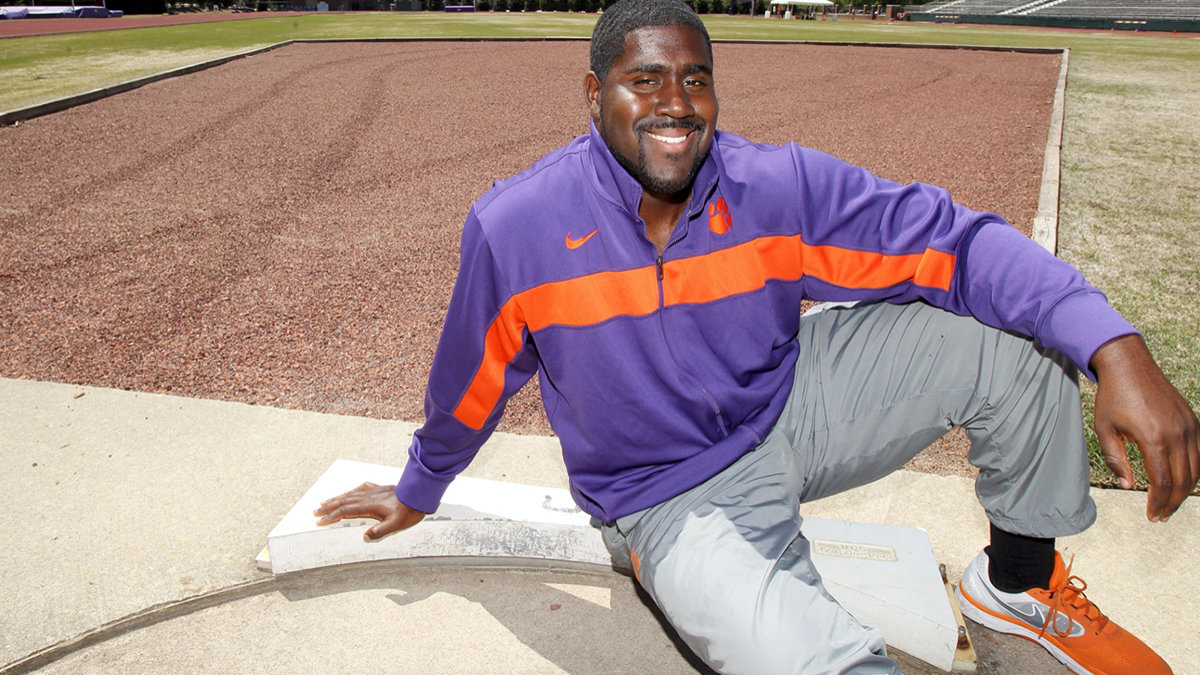 Marcus Brown’s contribution to his Gaithersburg, MD hometown is being honored.

“This award is truly an honor, and words cant describe how elated I am to be considered one of the best athletes to ever walk the halls of Quince Orchard High School, ” Marcus Brown said. “While competing and training during those times my only thought process was to be the best I can be for my coaches, teammates and then myself and also representing the cougars on the highest level. I would like to give a special thanks to my Coach Seann Pelkey, he guided me, stood behind me and believed in me when I didn’t believe in myself at times”

Brown was a three-time Mid-Eastern Athletic Conference (MEAC) champion at the University of Maryland-Eastern Shore and was a two-time All-Atlantic Coast Conference performer at Clemson, where he graduated in 2014. He participated in two NCAA East Preliminaries.

He joined Donald Cooper‘s staff here at B-CU after a stint at Coppin State University. Serving as throws coach, he’s played a key role in five Wildcats winning MEAC individual championships, including  Jeremiah Peters sweeping the 2018 Outstanding Field Performer awards at the MEAC  Indoor and Outdoor championships. In 2017, he coached Catoria Sirmons to her sweep of the shot put and NCAA East Preliminary appearance.

The Hall of Fame reception is scheduled for reception will be held October 10th in Gaithersburg, MD.