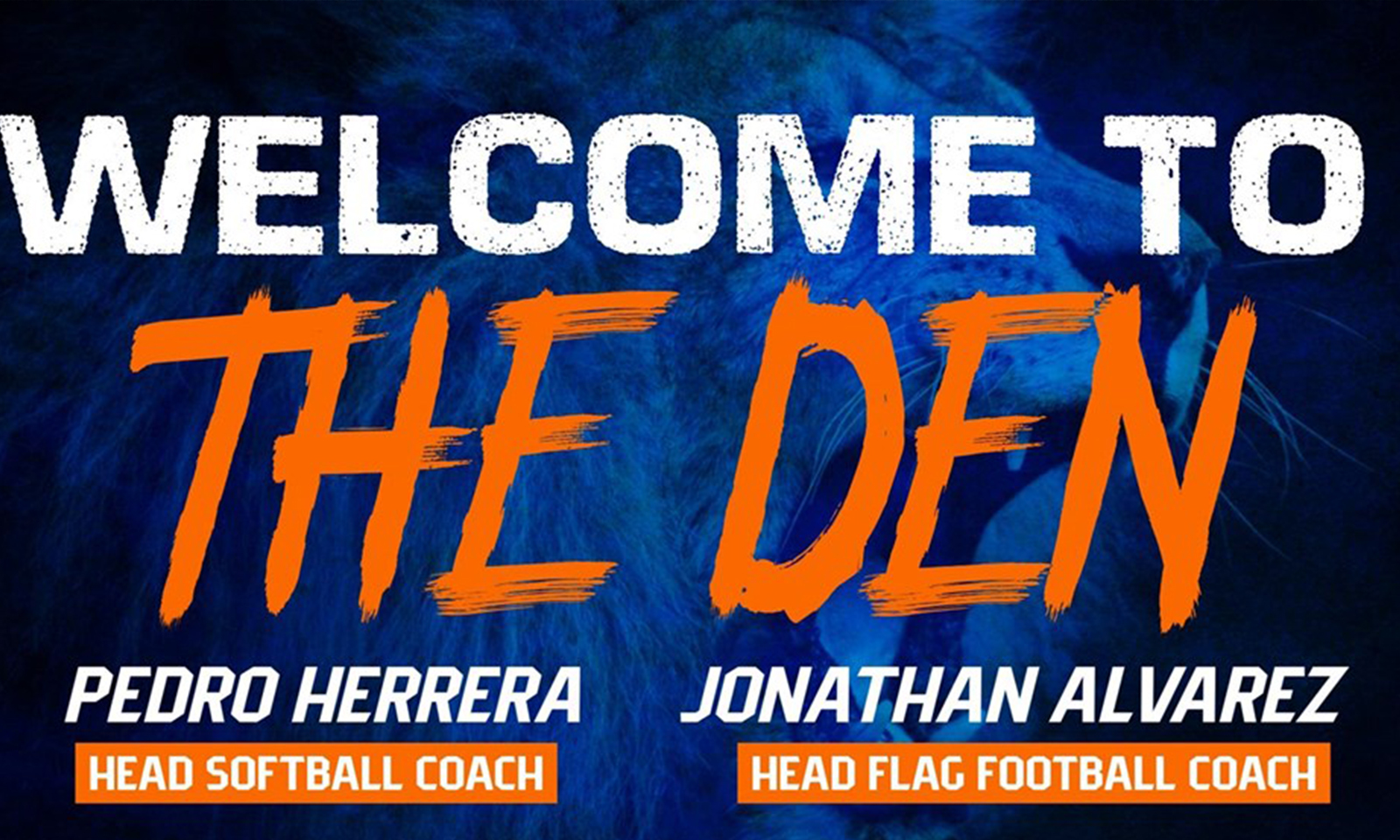 Softball will be played starting in Spring 2022 and Flag football is slated to begin Spring 2021.

Flag football, which was announced as FMU’s 11th varsity sport in May 2020, is slated to begin Spring 2021.

Herrera comes to Florida Memorial University after serving as head softball coach at Broward College before his season was cut short due to the COVID-19 pandemic. During Herrera’s time at Broward, all players maintained a 3.0 or better grade-point average.

“I am thrilled and grateful for the opportunity to build the Florida Memorial University softball program,” Herrera said. “I want to thank Ernest T. Jones for the opportunity. We want to recruit the best student-athletes in the country, and I can’t wait to get started.”

Flag Football and softball in Miami-Dade

In Alvarez, the Lions bring in a coach that has an extensive history in Flag Football in the state of Florida and previously served as the girl’s flag football offensive coordinator at Mater Academy High School in Hialeah Gardens, Florida.

“I want to thank Florida Memorial University for giving me the opportunity to lead the Lions in their inaugural collegiate flag football season,” Alvarez said. “I am extremely excited for the season to begin and to compete in this league. Flag football runs deep in Miami-Dade County’s veins, and we finally get to showcase what our women can do on the football field.”

“A myriad of factors go into not only adding a sport, but finding the right one for your university and athletics profile,” Jones said. “We believe we have an opportunity to immediately compete at the highest collegiate level. Additionally, we will attract new students from across the country and support our goal of providing women with more opportunities to participate in sports.”