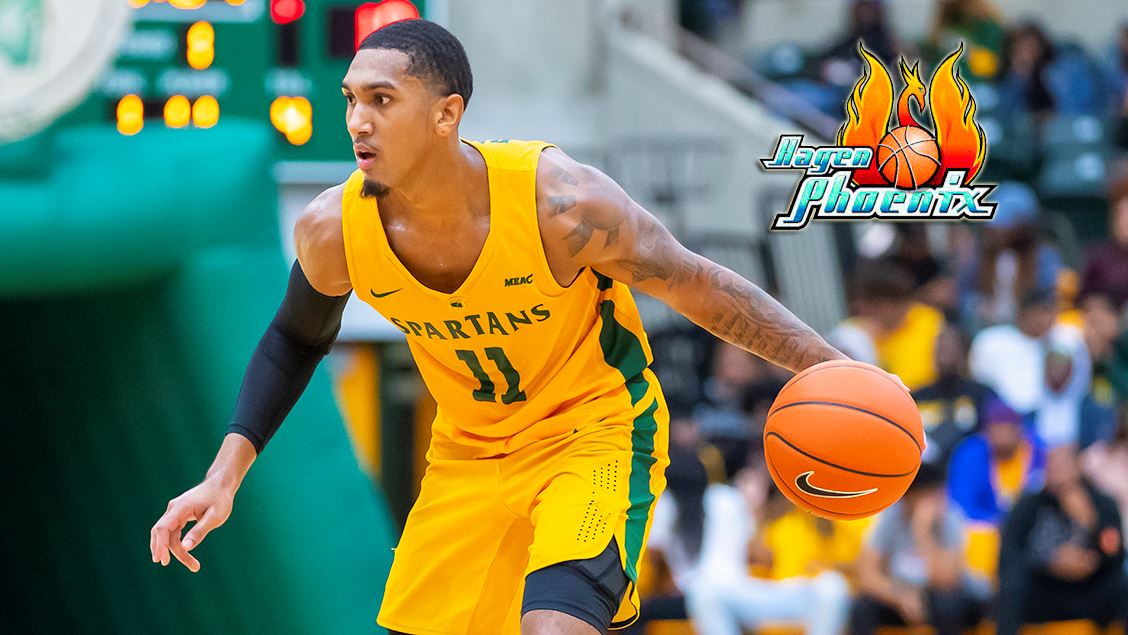 Bishop, who had also entered his name into the NBA Draft earlier this year, will head overseas for the 2020-21 season after completing his lone season with the Spartans last year. He will join a Hagen program that competes in the second-highest level among the six tiers of professional basketball in Germany.

A first-team All-MEAC honoree this past season, Bishop led the Spartans to a second-place finish in the league at 12-4. They went 16-15 overall, the eighth non-losing season in the last nine years for the program, before the season was shut down due to COVID-19

Jermaine Bishop competed for one season with NSU after sitting out the previous year following a transfer from Saint Louis. Bishop averaged 15.6 points, 3.5 rebounds, 2.2 assists and 1.0 steals per game in 2019-20. He earned both NABC All-District 15 and BOXTOROW HBCU Division I All-America second team honors after setting the school record for 3-pointers (98) and topping the D-I record for free throw percentage (85.5).

He will join a long list of Spartan alumni who have played professional basketball over the years. Most recently, a total of 15 former Norfolk State players competed professional at some point during the 2019-20 athletics season, from Kyle O’Quinn in the NBA to players in Europe, the Middle East, Caribbean, Central America and Asia.