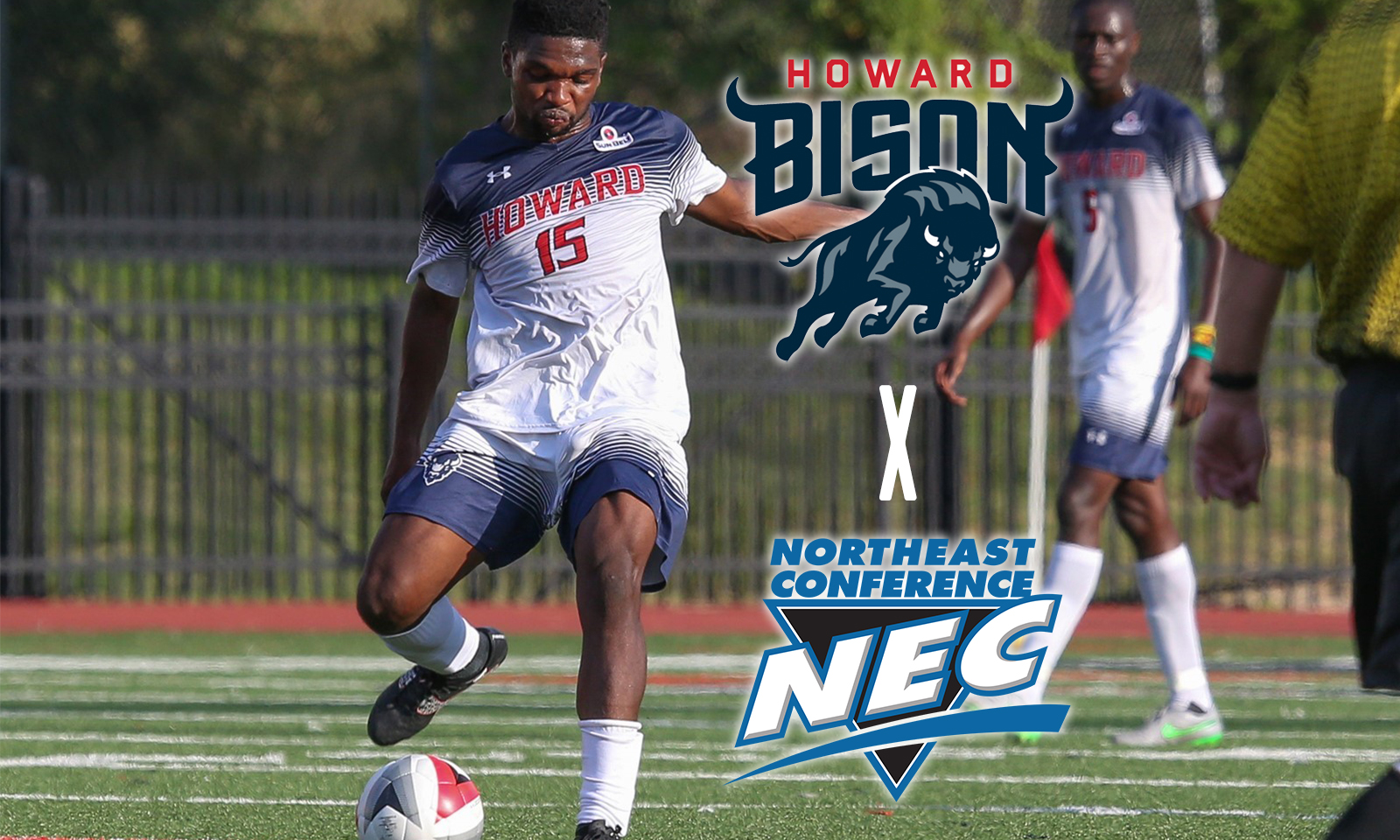 The Bison join the NEC in several sports.

Somerset, NJ — Howard University has accepted an invitation from the Northeast Conference’s Council of Presidents and will join the NCAA Division I league as part of a six-sport associate member partnership.

Founded in 1867, Howard is a private, historically black university (HBCU) based in Washington, D.C.

“Howard University is pleased to become an associate member of the Northeast Conference. This move will significantly reduce the geographical footprint that our athletes must travel for games, which will have a positive impact on our travel expenses,” said President Wayne A. I. Frederick. “I’d like to thank our former conference homes for these particular sports, the Southwestern Athletic Conference, Sun Belt, ASUN and the Coastal Collegiate Sports Association, for their previous support of our programs.”

NEC men’s and women’s soccer membership will stand at ten and eleven, respectively, with the addition of the Bison. The conference will feature a nine-team women’s lacrosse alignment, while women’s golf sponsorship rises to eight programs.

“The Northeast Conference is thrilled to develop this six-sport associate partnership with Howard University,” said NEC Commissioner Noreen Morris. “This arrangement will provide these six Bison teams with an improved student-athlete experience as it enables them to compete under one conference umbrella and it allows more advantageous travel from their Washington DC campus. When we started to discuss this opportunity last January, Howard AD Kery Davis and I recognized that this was win-win endeavor, as it enhances these Howard sports programs and supports the NEC’s Strategic Plan adopted in June 2019, which seeks to increase brand awareness and support diversity, equity and inclusion. We look forward to welcoming the Bison men’s and women’s swim teams this year, and the remaining four teams in 2021-22.”

Howard is a full-time member of the MEAC and will continue its membership with this conference change. Howard previously held associate membership in the Sun Belt in men’s soccer, the SWAC in women’s soccer and the A-Sun in women’s lacrosse.

The 2020-21 campaign will mark Howard’s first season of competition in the sport of women’s golf. The announcement of the program made national headlines when Howard received a generous financial gift from six-time NBA All-Star and Eat. Learn. Play. Foundation co-founder, Stephen Curry, who committed to support the establishment of the university’s first NCAA DI golf program for six years.

“This is a great opportunity for the student-athletes in these six programs,” said Howard Director of Athletics Kery Davis. “Our teams will have an opportunity to compete in a competitive conference while reducing their time away from the classroom. Thank you, Commissioner Noreen Morris and NEC Council of Presidents, we look forward to competing next year.”