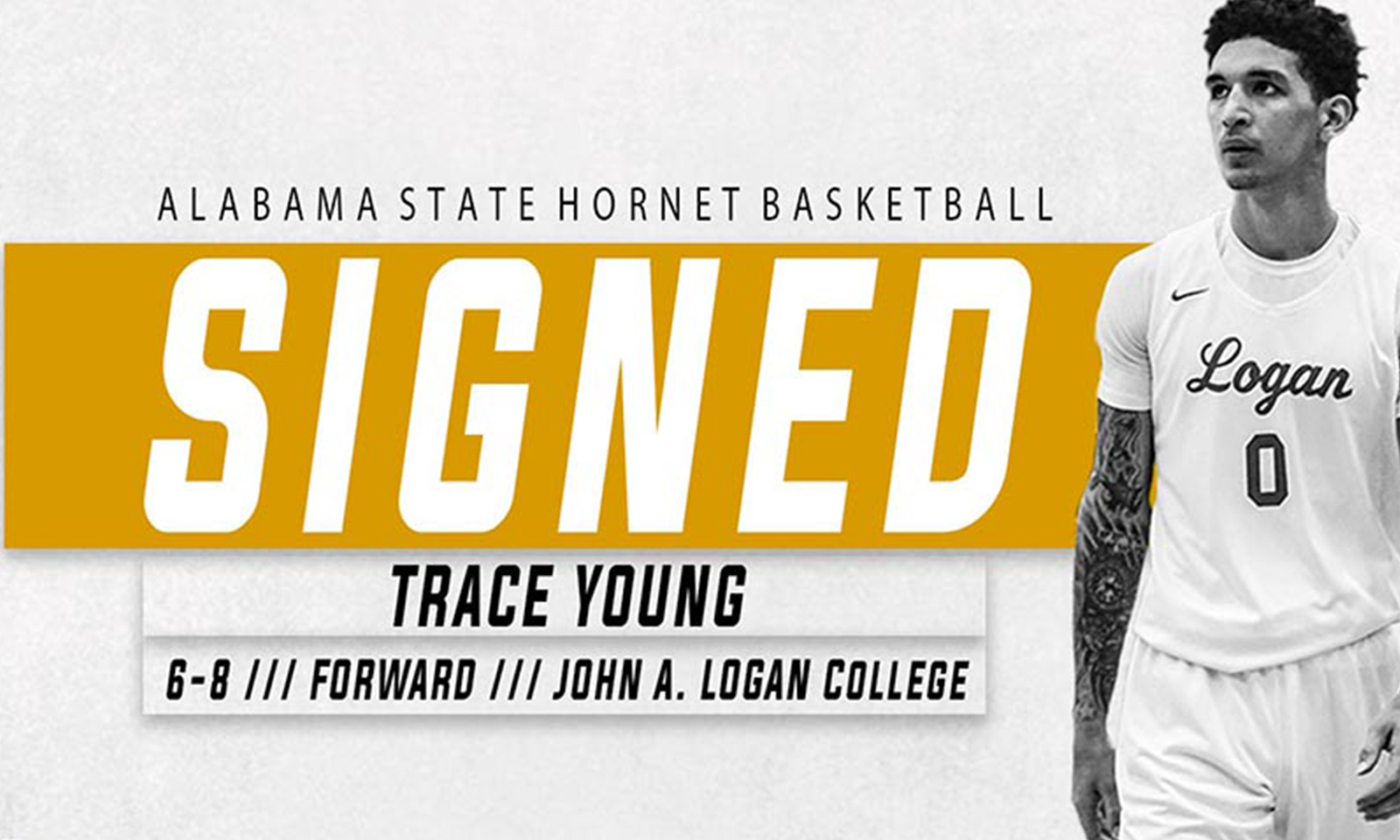 MONTGOMERY, Ala. | Alabama State head men’s basketball coach Mo Williams announced the second signee for the upcoming season Thursday, with the addition of Trace Young to the program.

“We are excited to welcome Trace to the ASU family,” head coach Mo Williams said. “Trace is a 6-8 versatile athletic wing/forward who has the ability to play both on the perimeter and in the paint. With his experience and high basketball IQ, we are looking for him to make an immediate impact on our program.”

He comes to Alabama State from John A. Logan College where he averaged 9.8 points and five rebounds per game. He also averaged 1.8 assists per game at his power forward position. During his sophomore season, he finished the season shooting 48.8 percent from the floor and 32.4 percent from beyond the arc. He scored in double figures 18 times in 33 games, including a season-high 18 points two times with the last coming against Kaskaskia College (2/26/20). Young also grabbed double-digit rebounds four times during the season, with a season-high 13 against Olney Central College (1/18/20).

Young, rated as a 3-star by ESPN, 247Sports and Rivals, originally signed with Wyoming out of Mt. Zion Prep in Baltimore. In his career with the Cowboys, Young averaged 6.8 points and 3.4 rebounds per game during his freshman campaign. He also shot 39.4 (50-for-127) percent from the floor and 37.0 (27-of-73) percent from beyond the arc in 20 games. He scored a career-high 16 points against Boise State (1/2/19) and grabbed a career-high eight rebounds against UNLV (1/5/19). Young scored in double figures seven times and grabbed six more rebounds four times during his freshman campaign.

765
The Latest in HBCU Sports and Culture