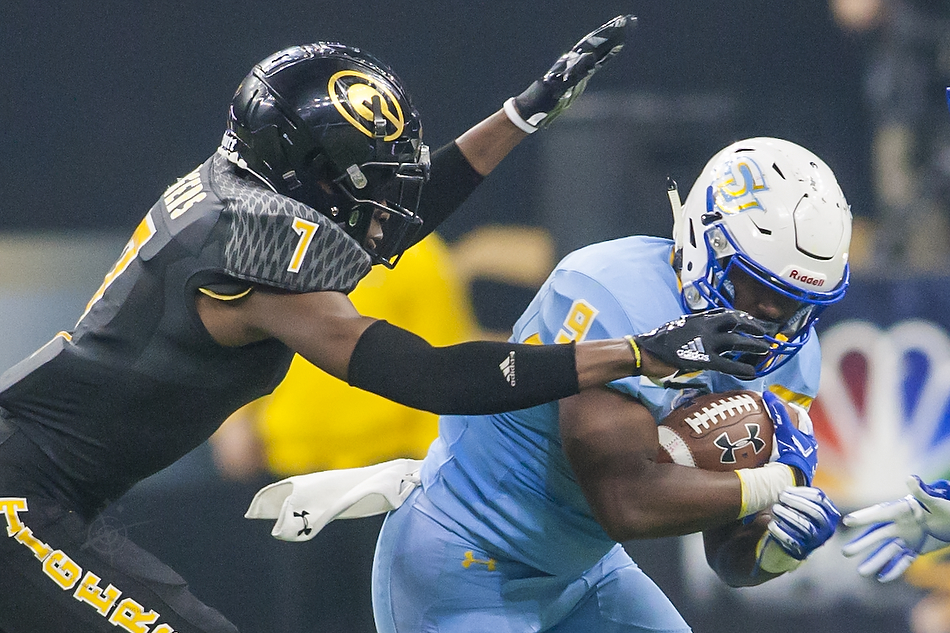 The Bayou Classic is still on, but it won’t be in the Mercedes-Benz Superdome. Here are three possible locations.

The Bayou Classic is still on in 2020, but it may not be business as usual this year– or possibly next— due to COVID-19.

Southern University Director of Athletics Roman Banks said on Saturday that his program’s annual rivalry game against Grambling won’t take place in the Mercedes-Benz Superdome this year, and maybe next.

“There will be a Bayou Classic Game. We’re looking at three places right now, having that game,” Banks said in a teleconference call recorded by On The Yard SU. “Obviously, that’s on the campus of Southern University, Shreveport, Louisiana’s Independence Stadium and possibly LSU that can maximize the number of people with social distancing in place.”

Following Banks’ statement the New Orleans Convention Company Inc. released a statement in addition to what Banks said in the meeting.

“No official decisions have been reached as it relates to any details regarding Bayou Classic 2020, 2021. The Southwestern Athletics Conference Council of Presidents and Chancellors have a late June meeting where matters related to fall sports will be discussed.”

The state of Louisiana has been hit particularly hard by COVID-19. As we reported in April, New Orleans Mayor Latoya Cantrell recommended that large events slated for the city plan on pushing things back to next year.

The Bayou Classic has been played in New Orleans since 1974. Only once since then has it been played elsewhere. The 2005 Classic was held in Houston in the aftermath of Hurricane Katrina.

In the meantime Southern University is getting prepared to bring student athletes back to campus after July 4. Power Five conferences have begun workouts already in football but resources are different at the FCS level.

“We don’t have the resources to house our students off-campus and then give them a stipend of $1,000 a month for meals,” Banks told the Baton Rouge Advocate last month.

The proposed 2020 schedule for Southern University is set to begin against Tennessee State followed by a matchup against Florida A&M.