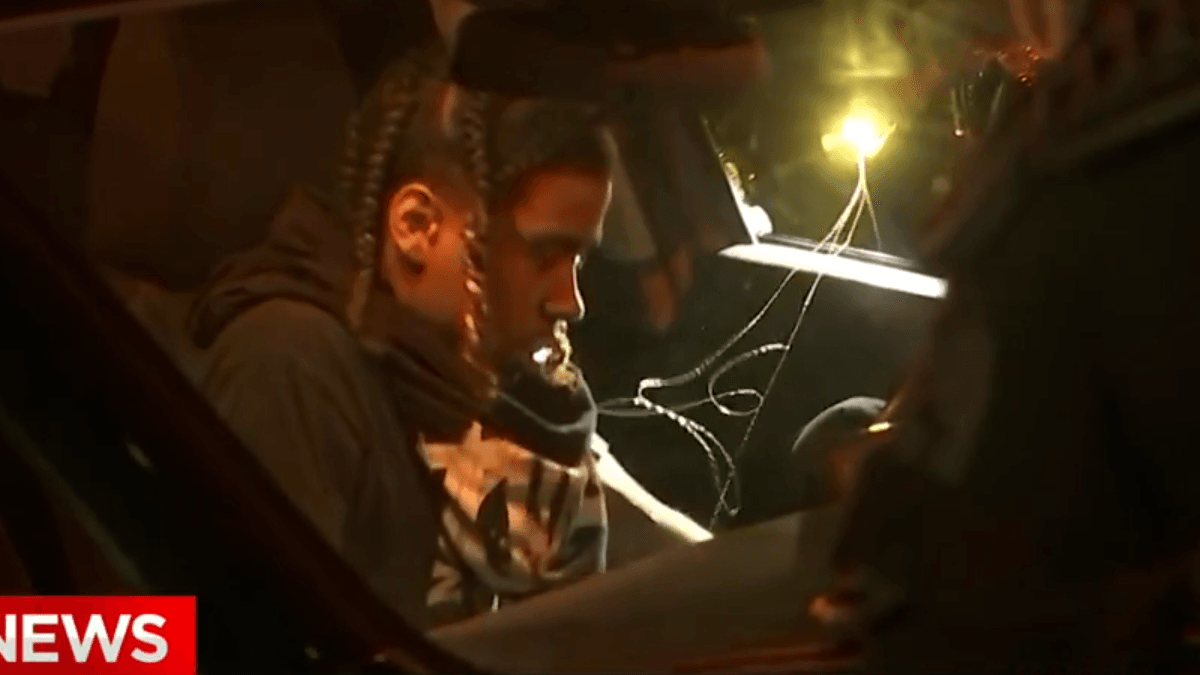 Morehouse and Spelman students arrested and tasered on live television

The two students were forcibly pulled from their vehicle and arrested.

A student from Spelman College along with a friend from Morehouse College were forcibly removed from a vehicle in Atlanta on Saturday night by police. The event was captured on live television by CBS 46.

The two people in the vehicle have been identified online as Messiah Young and Taniyah Pilgrim. A Go Fund Me account was quickly established for their bail money and by Sunday morning had reached over $44,000.

In the video, Young who was the driver, was tased from both windows by police officers. The windows had been broken by the officers. Pilgrim was placed face down on the pavement with her wrists bound by zip ties. The event occurred at 9:46 pm according to the time stamp on the live broadcast.

Was this Curfew Enforcement?

It’s not evident that either Young or Pilgrim had done anything beyond being outside after the curfew.

The City of Atlanta had established a 9 pm curfew for Saturday night after a chaotic Friday night downtown. After peaceful protests earlier in the day the city fell victim to areas of looting, vandalism, and arson.

Mobile alerts were sent out to notify people about the curfew although some claim to not have received the alerts until after 9 pm.

An apparent witness at the scene claims that the two students did nothing wrong other than being in their cars. Krystyna Kridos who is on Twitter at @Mr_Wafflesss says she was also driving downtown at the same time. She identifies herself as a white woman and says that she was never approached by the police. A video of the incident was posted from that vehicle but it was at a much farther angle.

“I will never forget that girl’s screams as they dragged her out of the car and threw her on the ground. She was crying while trying to tell them she wasn’t resisting and asking what she did wrong,” Krys wrote.

The Georgia NAACP is reporting that as of Sunday morning one of the students has been released from custody, which is believed to be Pilgrim. There has been no word of Young’s release at this time.

In a Sunday afternoon press conference City of Atlanta Mayor Keisha Lance Bottoms announced that two officers involved in the incident have been terminated. Mayor Bottoms said three other officers have been placed on desk duty.

“This morning, I spoke to a Spelman student who was taken into custody last night, shortly after the curfew instituted by the City of Atlanta. Her account of her encounter with Atlanta’s law enforcement is harrowing. She shared that she was a passenger in a car driven by a young man, formerly enrolled at Morehouse College. They drove to the downtown area to witness the events of last night and became entangled in traffic close to the time of the curfew.

Police officers approached them and ordered them out of the car. Terrified, our student fumbled with the car door and was greeted with fists pounding on the car window. A police officer then opened the door, tased her and pushed her on the ground. She was taken into custody. Her crime? Nothing. She was not charged and, after several hours in custody, was released.

What the protesters are protesting is exactly this kind of unacceptable behavior — and that is the disregard, disrespect and aggression that seems to make stalking Black citizens, rather than protecting them, the goal of law enforcement.

Atlanta prides itself on being an urban leader. The mission of each school in the Atlanta University Center includes producing leaders. This is an opportunity for leadership.

I invite Atlanta Police Department leaders to sit with the student and administrative leadership of the AUC to find a way to forge a cooperative partnership that has as its goal the protection and safety of all of our citizens.”

Morehouse and Spelman students arrested and tasered on live television