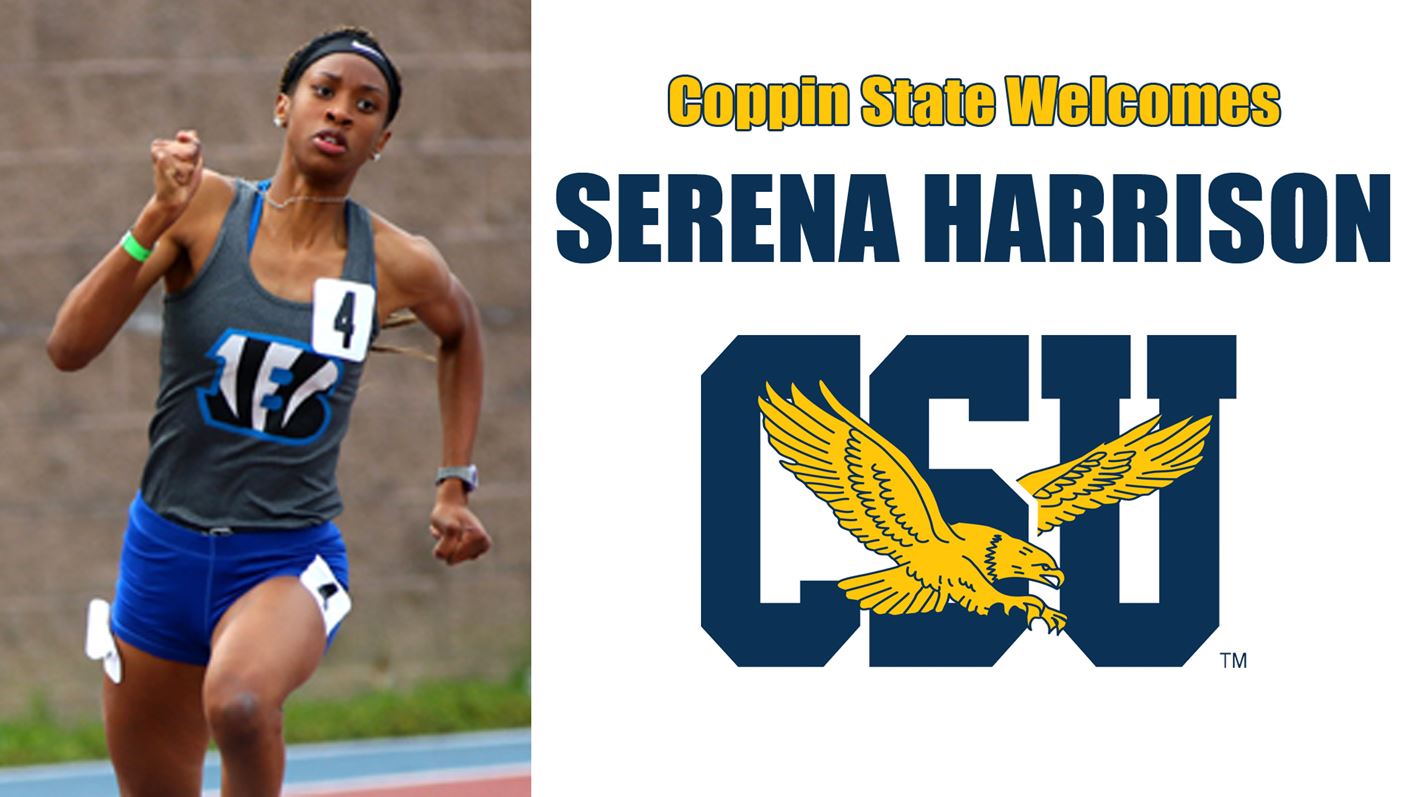 The Maryland track star will follow in her mothers footsteps as an Eagle in Baltimore.

“Serena is one of Maryland’s most underrated sprinters that is solid in all events ranging from the 100m to 400m dash,” said Hicks. “She will be a huge addition to Coppin State’s growing sprint program.”

A native of Burtonsville, Md., Harrison ran track at James H. Blake High School and is one of the top sprinters in the history of Montgomery County.  Named to the MoCoRunning.com All-Decade Team, Harrison has won a 3A West Regional Championship in all events ranging from the 100m to 500m dash. Harrison ranks fourth all-time in the County in the 500m dash (1:15.00), 16th in the 100m dash (11.99) and helped the Bears to MCPS records in the outdoor 4x100m and 4x200m relays as well as the indoor 4x200m and 4x400m relays.

Harrison is the daughter of Renee Harrison (Berry), who also ran track & field for the Eagles and was CSU’s Female Newcomer of the Year for the 2000-01 season. Her father, Darius, is also a Coppin alumnus.