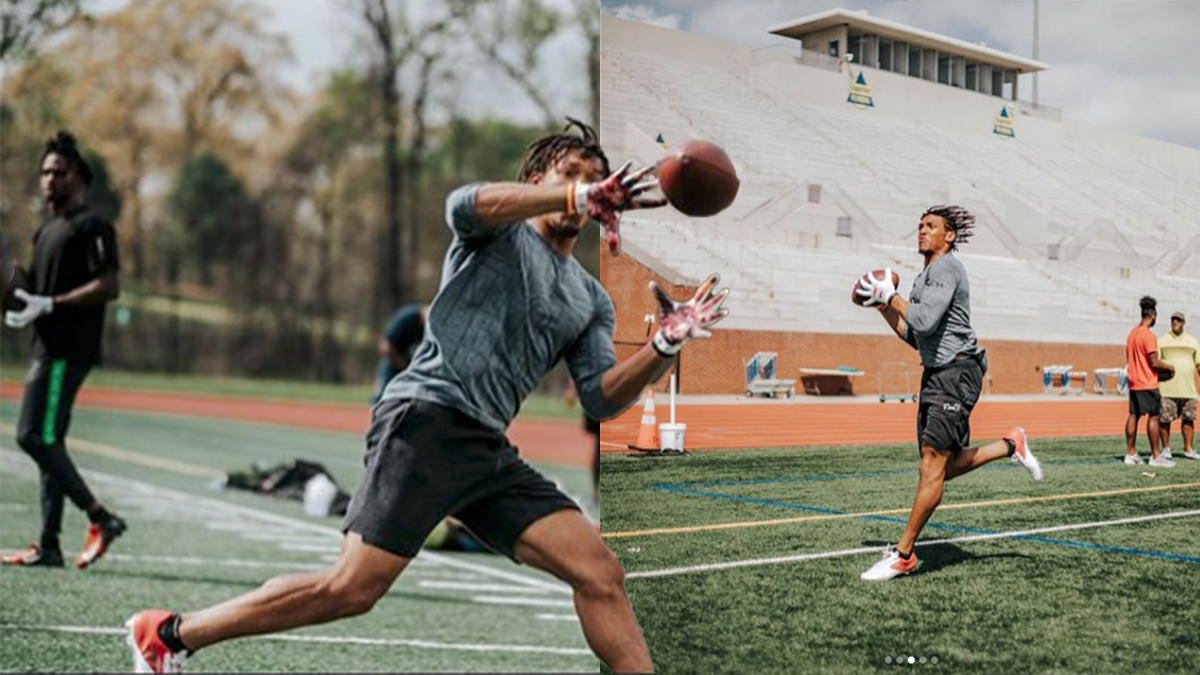 Like Cam, Caylin Newton looking for new team and (possibly) a new position

Cam Newton isn’t the only talented player in his family still without a team.

Former Howard quarterback Caylin Newton has posted videos of himself working out, but has yet to commit to a new college football team.

It does look like, however, that Newton will be open to playing a new position. Several of the posts show the former quarterback catching passes at his alma mater, Grady High School.

“It’s weird seeing it, even weirder doing it. But I smell greatness on the horizon,” he wrote in his caption. “Imma aflete.”

Newton was a star quarterback his first two seasons at HU, leading the Bison to the biggest upset in college football history in his first game. He went on to win 2017 MEAC Rookie of the Year honors and was named the conference’s offensive player of the year as a sophomore.

He played in a handful of games during Howard’s 2019 season before entering the transfer portal and ending his athletic career there.

At about 6’0 or so, Newton lacks the size typically displayed by FBS-level quarterbacks and is well below what the NFL looks for. A move to receiver or defensive back could allow him to play at that level after starting his career in the FCS.

A lot has changed since Newton first announced he wouldn’t be coming back to Howard, so his choice doesn’t seem so big in the grand scheme of things right now. But we’ll definitely be keeping our eyes out for where both Newton’s land whenever football becomes closer to being a reality again.

Like Cam, Caylin Newton looking for new team and (possibly) a new position