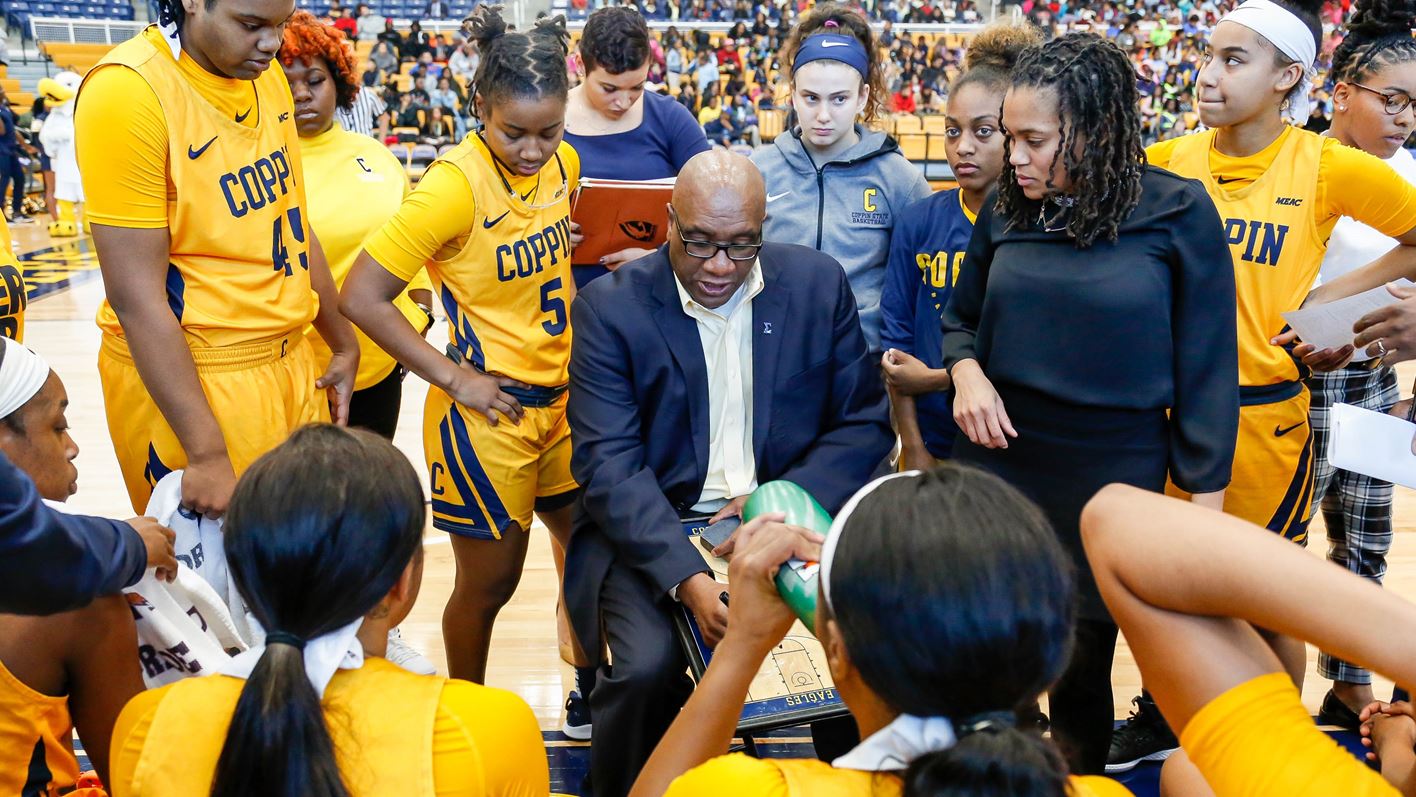 After four seasons, DeWayne Burroughs will be leaving the Eagles nest.

“We would like to thank Coach Burroughs for his service and dedication to Coppin State University as a head coach and a proud alum,” said Carter.

Burroughs posted a 22-95 record in his four seasons while going 20-44 in MEAC games.  Coppin went 8-21 with an 8-8 record in league play in Burroughs’ first season at the helm, earning the no. 6 seed in the 2017 MEAC Tournament.  The Eagles finished this past season with a 3-26 overall record with all three games coming in conference play.

A Coppin State alum, Burroughs returned to his alma mater after serving as the Head Women’s Basketball Coach at the University of the District of Columbia.