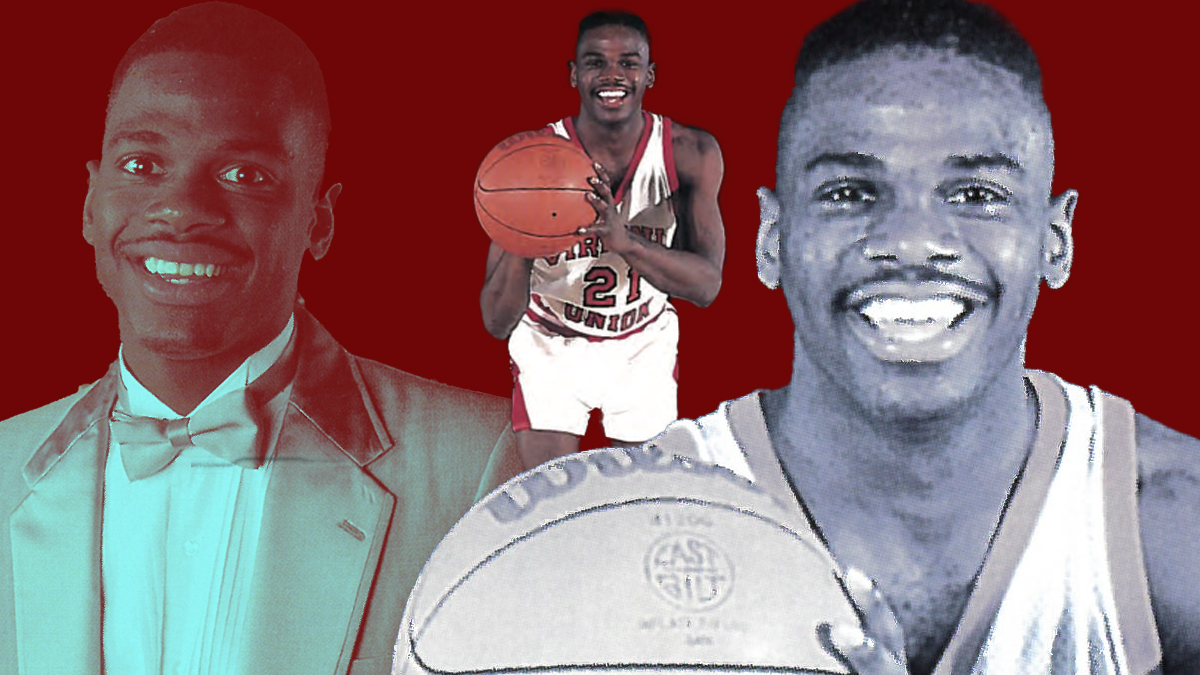 Like many cities, Wilmington, Delaware is a city with multiple truths. The largest and most populous city in the first state of the Union is known as the Corporate Capital of the World, and yet 25 percent of its residents live below the poverty line.

One unmistakeable truth about Wilmington is that Albert Jay English Jr., better known as A.J. English II, is one of the city’s greatest basketball exports.

The flashy, high-flying and high-scoring guard overcame early academic issues to become a high school and college legend in the mid-to-late 80s, ultimately getting drafted into the NBA and showing promise in two seasons with the Washington Bullets.

Then, almost as suddenly as he appeared in the NBA, English was out of the league. He spent the next decade playing ball across Europe, and later his son found stardom at a mid-major program, bringing the name back to prominence.

Things were tight for English growing up in Wilmington during the 1970s and 80s in a single-parent home. He says baseball was his first love, but he also played basketball, sometimes with another local kid named Terrance Stansbury.

English attended high school at Howard Career Center, then a hotbed of hoops talent in between Washington, D.C. and Philadelphia. By the time he was a sophomore English was thriving on the court, leading the team in scoring. He was struggling off of it, however, leading to him getting kicked off the team in his first couple of seasons.

He got his act together in the classroom and on the court, leading Howard to a state title while leading the state in scoring in 1985. He was getting Division I offers from programs like Villanova, DePaul, Providence and UNLV, but thanks to his early academic woes, he didn’t qualify under Proposition 48.

“I want to play now and I want to graduate from college.”

By the mid-1980s, Virginia Union was an emerging pro factory under the tutelage of head coach Dave Robbins. Robbins had amassed a 179-50 record in his first eight seasons, including a national title, by taking talented players who DIs had either overlooked or wouldn’t accept. One of his players had even been picked in the first round of the NBA Draft in 1985. His name was Charles Oakley.

“Coach was just like if you come here son, do what you’re supposed to do, work your tail off, things are gonna work out for you,” English said. “It didn’t hurt that Charles Oakley had just gotten drafted the year before that. Then after speaking to Charles, it was a no-brainer.”

Despite English’s obvious talent, he didn’t show up in Richmond and start running the show. Robbins’ squad had gone 24-8 the previous year and brought back essentially the entire squad. That included big man Terry Davis, jumping jack swingman Jamie Waller and Tony Dallas, a gifted scorer. Davis would go on to a long career in the NBA while Waller would be picked in the 1987 NBA Draft.

Robbins put English at point guard, and he averaged a modest 9.8 points and 3.1 assists as a freshman.

Union was far from the only talented CIAA team at the time. The conference regularly placed three teams in the Division II Tournaments at the time. And generally, two of those spots were pretty much spoken for — one by Virginia Union and the other by Norfolk State. NSU  was an impressive squad led by Ralph Tally, who remains the leading scorer in school history to this day.

“When I got down there, Ralph was kinda running the league when I got there,” English said. “I was a freshman and he was a senior. He was a kid from up north, not too far from me, from Atlantic City. All I was hearing about was Ralph Tally. Even in Richmond.”

Tally entered the 1986-87 season as a three-time Most Outstanding Player in the CIAA Tournament and would go on to win D2 Player of the Year as a senior. Tally’s NSU squad and VUU spent much of the season battling for the top spot, not only in the CIAA but also in the country. NSU got the better of VUU in both regular-season matchups, but English and Co. pulled off the upset in the CIAA Tournament and taking over as the top team in the league.

The scoring numbers improved for English every year he was at VUU, going from 16.3 to 20.5 ppg as a junior, many of them high-flying forays to the basket.

His confidence took a big leap in the summer of 1988. He took part in the USA Jones Cup team, coached by Clarence “Big House” Gaines. The team featured future pros like Shawn Kemp, Billy Owens and Greg Foster, however, it was English that led the team in scoring as it took home the gold medal.

“From that point on, I knew I belonged,” English said.

And he would prove it in a big way during his senior season.