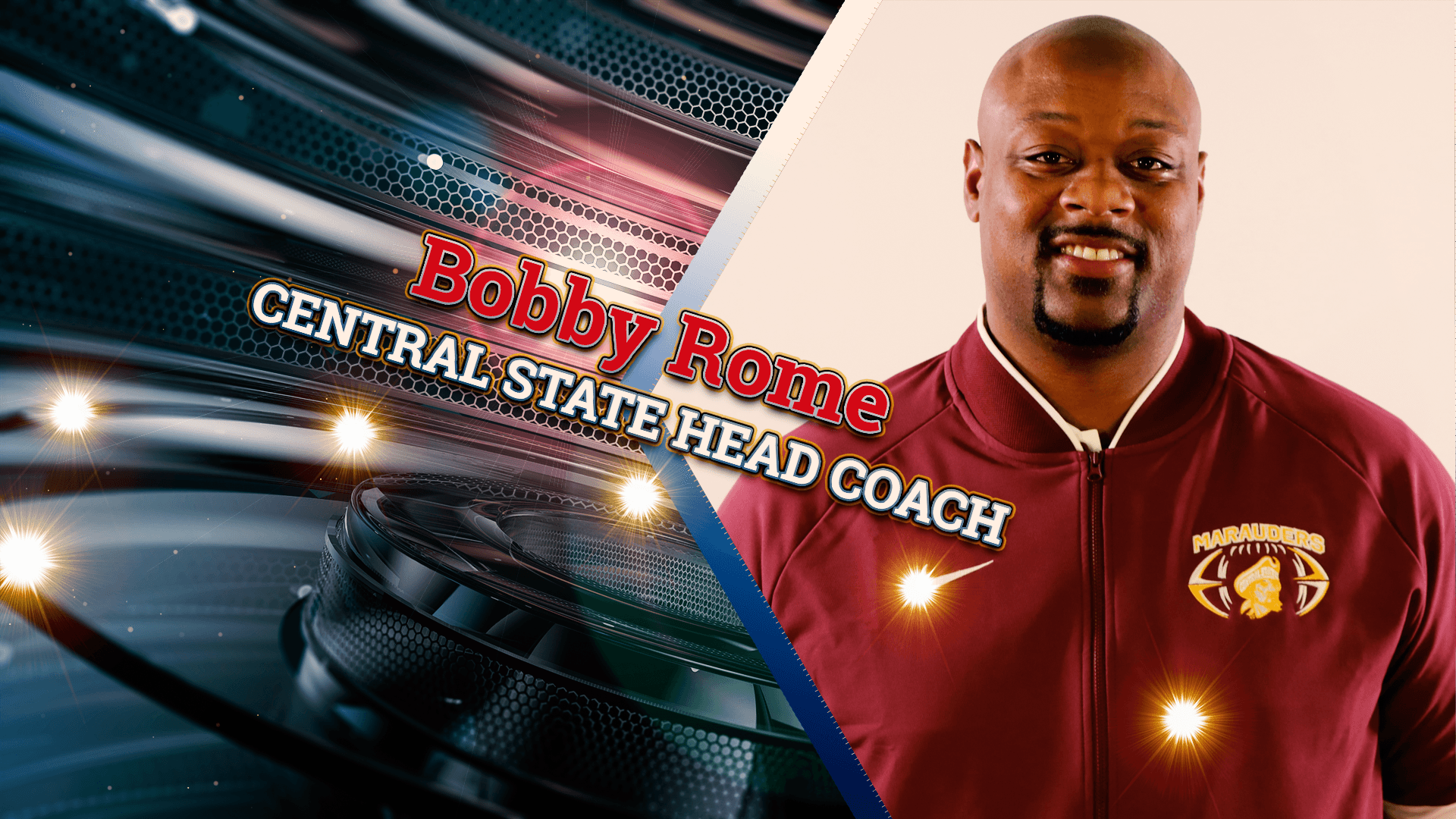 Rome is burning to get Central State back on the map

Bobby Rome plans to use in house competition to revive the Marauders.

Bobby Rome hit the ground running at Central State University before the Coronavirus pandemic put a pause on his spring plans. After being on the job for just a month, Rome has no idea when he’ll be able to meet with his players again. But he’s taking it all in stride because he knows football is littered with unforeseen circumstances.

He sees this as an opportunity to evaluate how his players will handle the mandatory absence from campus.

Rome believes in the integrity of his roster and encourages that fact through competition. One of the first thing he told his current crop of players was that he was going out to recruit their replacements. It’s something that has served him well in his young coaching career.

At just 33 years old, he’s the youngest head coach in the SIAC and one of the youngest in all of college football. But it’s not his first rodeo. He turned an 0-44 University of Virginia-Lynchburg team into a scary homecoming proposition. His team surprised Fort Valley State and came up just five points shy of knocking off Mississippi Valley State. Something about the valleys maybe.

“We didn’t see ourselves as underdogs, we wanted to go out there and shock the world everyday,” said Rome.

While the world has seen nothing like the Coronavirus since maybe the Spanish Flu, Rome had a front row seat to the Swine Flu pandemic over a decade ago.

As a football player at the University of North Carolina in 2009, Rome contracted the swine flu. He lost 30 pounds and was quarantined for a week. He discovered he was officially suffering from the pandemic of that day when seeing his name scroll across his television.

Rome recalls that whole experience as “simply crazy” but it also gave him context for the Coronavirus. He’s advised all of his players to follow each and every health recommendation so they can hopefully return intact in the fall. Because then he’ll be ready to mold the Marauders of the present back into the Marauders of days gone by.

“I hope that guys are coming in with the mentality that we haven’t won many games at Central State in the past. So there’s going to be competition at every single position.”

If college football stays on schedule in 2020 CSU will have an opportunity to shake things up early on. The Marauders have a big game opening weekend versus Howard University at the Black College Football Hall of Fame Classic.

Rome is burning to get Central State back on the map