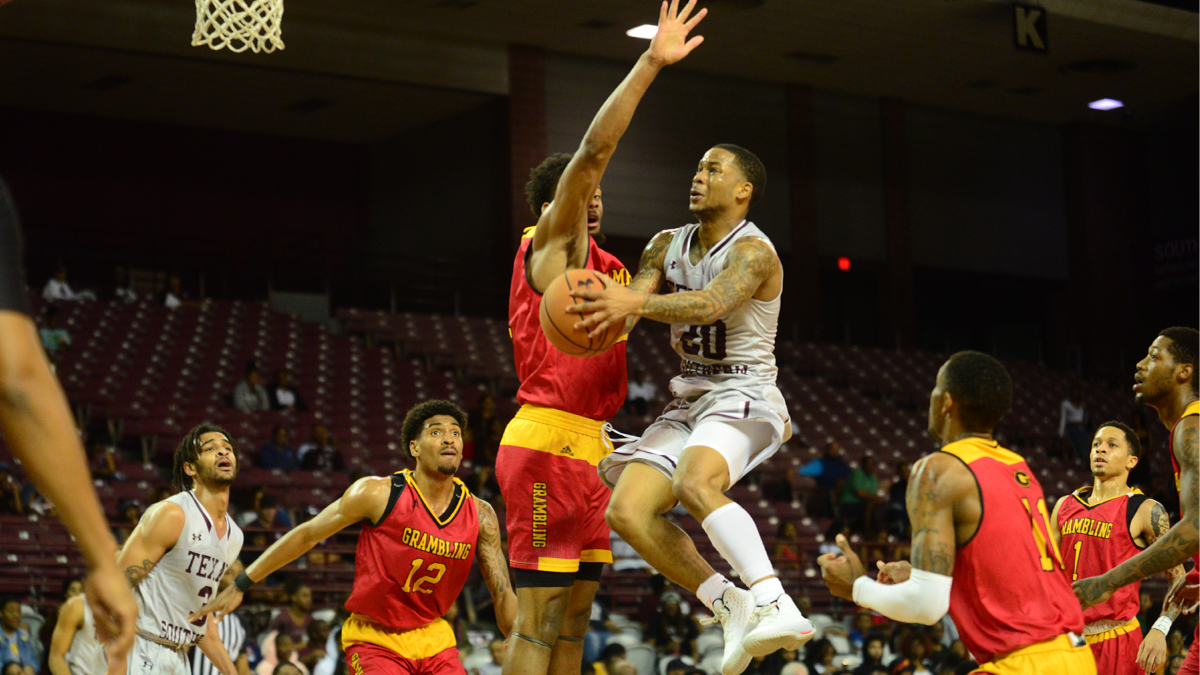 Texas Southern will square off against Southern on Friday night.

“Great night tonight,” said head coach Johnny Jones. “You start the year off understanding how important seeding is and trying to make sure you have a home game. We were able to do that going into the conference tournament and I thought that this was one of our better efforts tonight from start to finish.”

Tied at 2-2, the Tigers went on a 17-4 run over the next five minutes as Justin Hopkins led the way with eight points. TSU shot 70 percent from the field during that span while forcing three GSU turnovers. The good times would come to an as Grambling State settled down and outscored TSU 11-4 to get back into the contest as they trailed 23-17 with 8:53 remaining. TSU regrouped and pushed its lead back to double digits (32-20) with 3:37 remaining as John Jones nailed a trey. Grambling State would close to within 34-28 with 29 seconds remaining but Yahuza Rasas sent TSU into the half on a positive note as his layup at the buzzer gave them a 36-28 halftime advantage.

Four Tigers scored in double figures as Hopkins led the way with 19 while Rasas posted a double-double with 16 points and 13 rebounds. Tyrik Armstrong made his return to the lineup with 14 points and five assists while John Jones added 11 off the bench.

“I thought all of our guys were great contributors tonight and that’s what you have to have at this time of the year,” added Jones.

With the win, TSU wins a first-round SWAC Tournament contest for the 10th consecutive time and moves on to Birmingham, Ala. for the semifinal round on Friday night against Southern University at 8:30 p.m. All games will be located at Bartow Arena in downtown Birmingham.