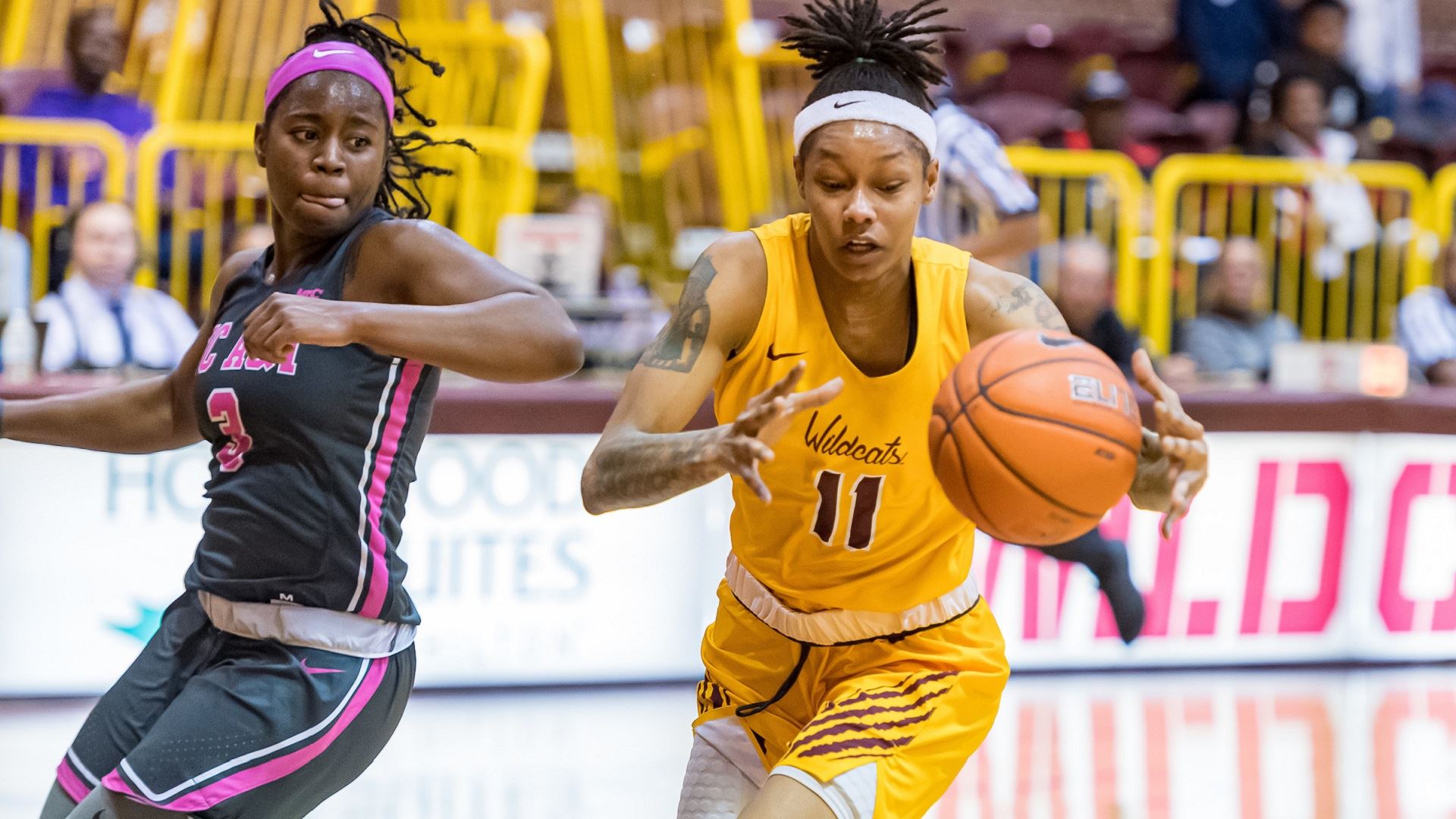 Bethune-Cookman and Morgan State are teams to beat

NORFOLK, Va., March 6, 2020—The Mid-Eastern Athletic Conference (MEAC) has announced its women’s pairings for the 2020 MEAC Basketball Tournament, March 10-14 at the Scope Arena in Norfolk, Va. Bethune-Cookman will be the top seed after concluding the regular season with a 15-1 mark in MEAC play.

Norfolk State went 12-4 in conference play this season and will be the No. 2 seed after winning a tiebreaker over Morgan State (the two teams split the regular-season head-to-head, but the Spartans went 1-1 against league-leading B-CU to Morgan State’s 0-1 mark).

Bethune-Cookman, the defending tournament champion, will play the 12 p.m. quarterfinal that day against the winner of Tuesday’s first-round contest between No. 8 Maryland Eastern Shore and No. 9 Coppin State.

Norfolk State will play in the 2 p.m. quarterfinal on Wednesday, taking on the winner of Tuesday’s first-round game between No. 7 Howard and No. 10 South Carolina State.

The 2019-20 regular-season champions, first team honorees and award winners including Player, Rookie, Defensive Player and Coach of the Year, will be recognized in pre-game presentations prior to the honorees’ first games in tournament play.

The 2020 MEAC Basketball Tournament tips off Tuesday, March 10, and will conclude on Saturday, March 14 with the men’s and women’s championship games. The women’s game will begin one hour after the end of the men’s game and will be rebroadcast on ESPNU. It will air the following day, Sunday, March 15, at 10 a.m.

The men’s finale will begin at 1 p.m. and will broadcast live on ESPN2.