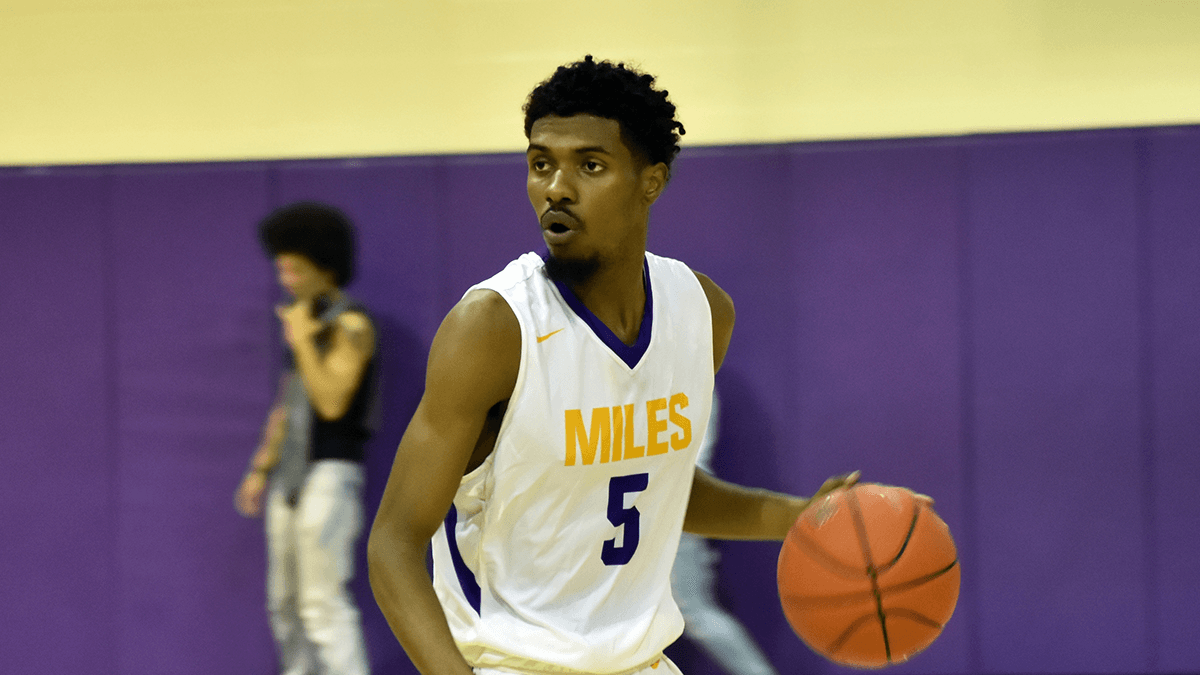 SIAC announces All-Conference and Players of the Year

Central State’s freshman shooting guard Darweshi Hunter, was named both Freshman of the Year and Newcomer of the Year. In addition, Romaine Thomas, a senior forward from Clark Atlanta, earned this year’s Defensive Player of the Year award.

Miles’s head coach Fred Watson was selected as the 2020 SIAC Coach of the Year.

Brown, a junior forward, shot an impressive 51.3 percent from the field this season. The Florida native averaged 18.0 points and 4.8 rebounds per contest, leading the Miles College Golden Bears to their second consecutive SIAC West Division crown. Brown was a sharpshooter from the free-throw line finishing the regular season shooting 75.5 percent. The junior also collected 70 assists and 31 steals on the year as the Golden Bears enter the tournament as a top seed with the intent to defend their championship title.

Thomas, Clark Atlanta’s senior forward has earned this year’s SIAC Defensive Player of the Year award. Thomas, who was also selected as the league’s Preseason Defensive Player of the Year, collected 14 double-doubles on the year. The senior forward averaged over 16.7 points and grabbed 10.2 rebounds per game. The New York native shot 39.5 percent from the field, 35.5 percent from the 3-point line, and 81.3 percent from the free-throw line. At the conclusion of the regular season, Thomas has pulled down 275 total rebounds, blocked 41 shots, and has collected 25 steals.

Coach Fred Watson garnished the honor of the SIAC Coach of the Year for the 2019-2020 basketball season. Watson, in his second season with the Golden Bears, led his program to become nationally recognized coming in at No. 19 in Division II rankings. Watson has also led his program to 13-straight game victories, which is the most in school history in a single season. In his two-year tenure, Watson has managed to lead his team to the top of the Western Division for two consecutive years and captured a conference championship title with the Golden Bears in his first year.

SIAC announces All-Conference and Players of the Year