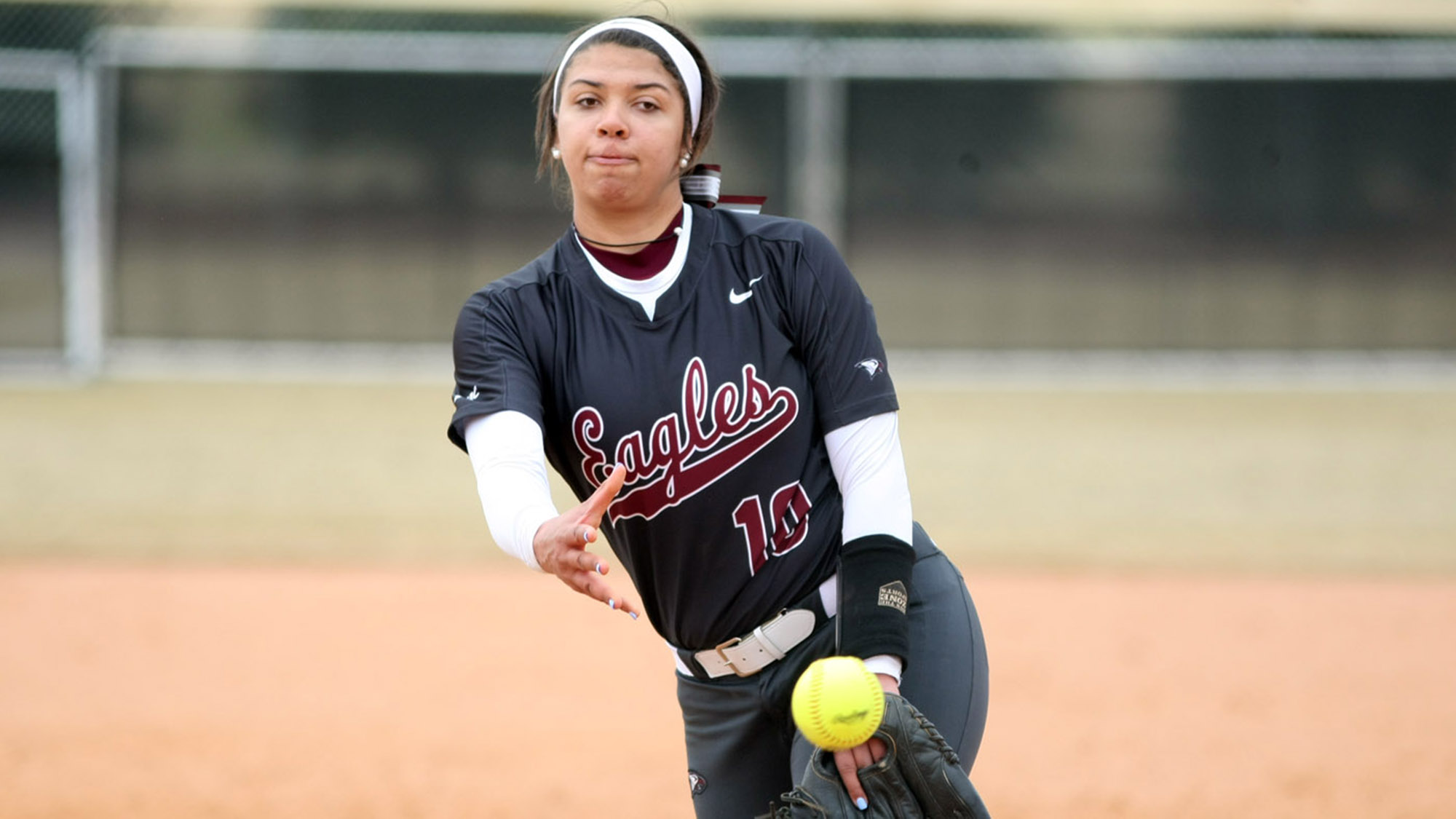 NCCU softball beats Harvard before dropping the next two

Win against Harvard was the first of the year for NCCU.

Sophomore catcher Madison Mifsud drove in a pair of runs and the Eagles made a three-run first inning hold up for their first win of the year. Freshman Maegan Garrison scored twice for the Eagles.

The Crimson outhit NCCU, 11-2, but they left 13 runners on base. Campbell managed to strand Harvard runners on base each inning to secure her first pitching win since her freshman season.

A pair of Harvard runs led to five unearned runs for the Eagles.

Juniors Nadia Blevins and Joirea Dumas accounted for NCCU’s two hits with consecutive singles to start the three-run rally in the home half of the first.

The Eagles scored two more unearned runs in the sixth inning to avoid being shutout. The Paladins won for a third time in four tries over the first two days of the tournament by belting out 15 hits.

Natalie Morgan paced the victors with four hits, including a home run and a triple. Morgan finished with four RBI, three runs scored and a stolen base.

Freshman Sanajae Sankey produced half of NCCU’s four hits with singles in both the fifth and the sixth. Her second base hit drove in a run. Garrison and junior Kaitlyn Macon scored the two maroon and gray runs.

Morgan Smith limited NCCU to just two runs to earn the complete-game victory for the Paladins.

Blevins and Dumas also notched hits as they hit safely in both games Saturday.

The North Carolina Central University softball started Sunday’s finale of the Red and Black Tournament with two consecutive hits, but from that point Harvard University took over on the way to a 19-0 win at Brinkley Stadium.

The first 10 Crimson batters all reached and scored in the bottom of the first as Harvard scored 13 total runs in the opening frame before winning by 19 runs.

Morgan Melito had a double and a home run for the victors and finished with three RBI and three runs scored. Trina Hoang had a team-best four RBI on three hits.

The Eagles began the morning game with consecutive singles off the bats of senior Tamiera Sanchez and junior Nadia Blevins. However, freshman starting pitcher Lindsay Poulos (2-3) would not allow another hit over her three innings of work to earn the win. NCCU would not record another hit for the rest of the contest.

Sanchez has reached base safely in seven straight games and Blevins has a four game streak after their singles against the Crimson.

NC Central (1-13) will finally make its home debut at Thomas Brooks Park in Cary on Wednesday when the Eagles host Radford University in a doubleheader beginning at 2 p.m.

NCCU softball beats Harvard before dropping the next two