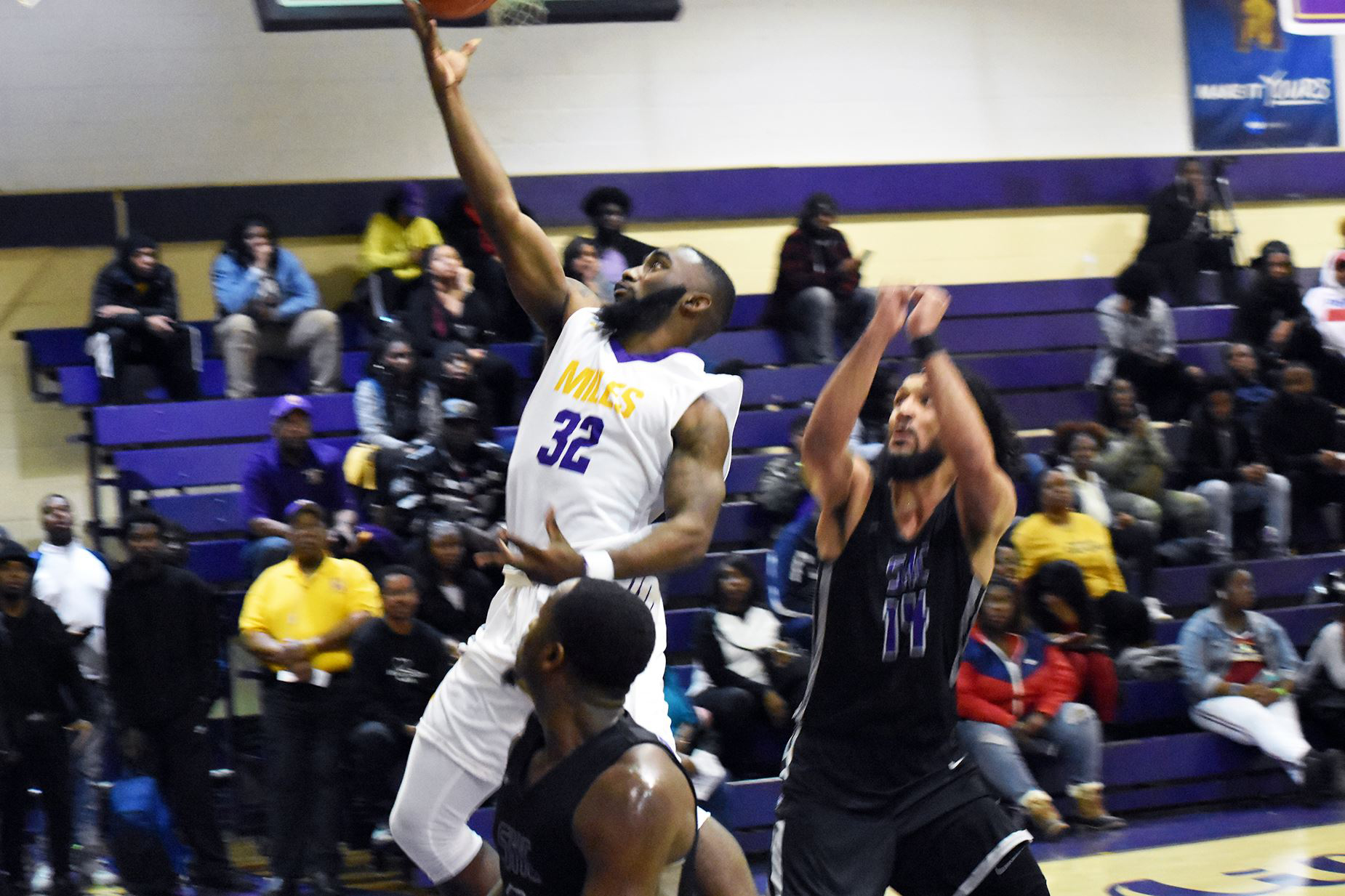 Thursday’s victory against Spring Hill was a milestone win in Golden Bears’ history.

FAIRFIELD, AL–Miles did not make the kind of history it wanted Thursday night but still saw the program reach new heights after defeating Spring Hill 65-56 at Knox-Windham Gymnasium.

The victory for the 24th-ranked Golden Bears (20-3, 15-2 SIAC West) gave them back-to-back 20-win campaigns for the first time in school history. It was also the 12th straight win, which tied a school mark for most consecutive victories in a single season, and the first as a ranked Division II team. But the Badgers (7-19, 6-11) made Miles work extremely hard to get into the win column.

When Christian Brandt drained a 3-pointer with 14:40 to go, Spring Hill led 40-31. The score, in itself, was surprising because of the disparity in the two teams’ records. But it was just the fourth time Miles had trailed by nine points in any game this season and the first time that it had happened in the second half. Only Auburn Montgomery, in the first game of the season, has held a double-digit lead against Miles (26-16 in the first half) and that lasted for all of 42 seconds.

After listening to head coach Fred Watson implore them to become more solid defensively for the entire game, the Golden Bears finally got the point. For the Badgers, that meant the scoring spigot was about to get shut off. The No. 1 defensive team in the country kept Spring Hill from making a shot from the field for the next 10 minutes.Each possession saw the home crowd chant for more defensive excellence and Miles delivered. During that span, the Badgers’ only point came on a free throw by Gresyn Rogers and they would miss 16 of their final 18 shots from the field en route to a 29 percent shooting effort.

Meanwhile, Miles got a spark offensively from reserve guard Ryan Calhoun (11 points), who ignited the Golden Bears with six points off the bench during the game-turning run that put Miles in front. He started the stretch with a layup and ended it making a jumper that made the score 47-41 with 5:31 remaining. Spring Hill would cut the deficit to three points, but another Calhoun bucket, followed by a 3-ball from Jelani Watson-Gayle (13 points), pushed the advantage to 54-46 with 1:36 left.

Rogers (19 points) was the only player in double figures for Spring Hill. Avery Brown had 19 points and 5 rebounds, Braeden Stewart had 5 points, 9 rebounds and 5 blocks, while Umar Frost had a game-high 10 rebounds for Miles, which closes out the home portion of its schedule on Saturday when it hosts Tuskegee. Tip-off is scheduled for 3 p.m.