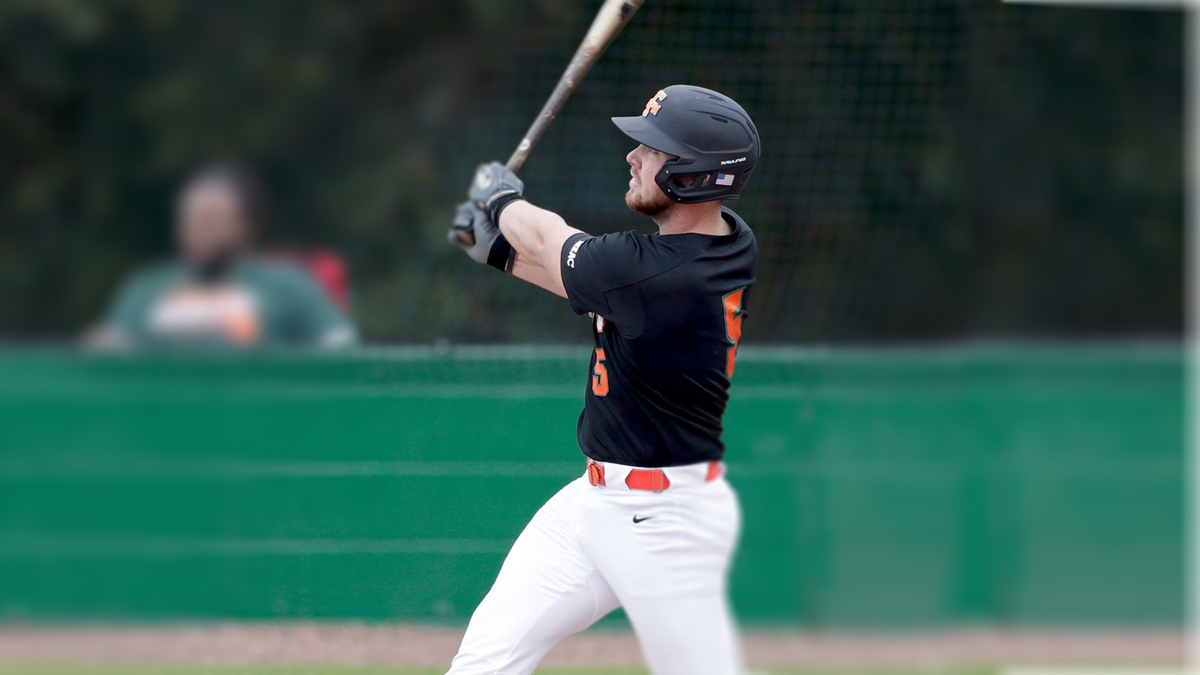 FAMU baseball gets huge win at home against South Florida

For the first time ever, the Rattlers strike USF at home on the diamond.

TALLAHASSEE, Fla. |Tucker Rayburn homered in his first at-bat and Jared Weber drove in three as the Florida A&M University baseball team defeated South Florida for the first time in Tallahassee, 5-1, to open the season on Monday night at Moore-Kittles Field.

The Rattlers (1-0) entered the game 0-11 at home against the Bulls, but all that changed when Florida A&M struck Rayburn hit a solo homer in the first inning and FAMU added a run in the second.

South Florida (2-2), playing its fourth game in as many days, could not recover as FAMU won its season opener.

How It Happened
Florida A&M began the scoring in the bottom of the first inning as Tucker Rayburn drilled a 2-1 pitch deep over the right-field fence, giving the Rattlers an early 1-0 lead.

FAMU added to the lead in the second inning.

Garrett Rowell began the inning with a walk, but was out at second when Tristian Cooper reached on a fielder’s choice. Cooper stole second and moved to third on a wild pitch. After Cirr-Nicholas Bohannon struck out, Seyjuan Lawrence ripped a triple to the wall in left-center, scoring Cooper and giving Florida A&M a 2-0 advantage.

South Florida closed the gap to 2-1 with a run in the top of the third, but Florida A&M slammed the door on any comeback with three runs on three hits in the fifth inning to grab a 5-1 lead.

With one down in the fifth, Ryan Coscarella walked and moved to second on an Octavien Moyer single to left. After a pitching change, Rayburn reached on a bunt single to load the bases. Jared Weber followed and on a 2-2 count, ripped a double to left-center as USF outfielders Dontae Mitchell and Carmine Lane collided in the outfielder, allowing all three runners to score.

The Bulls never threatened in the final four innings as FAMU pulled off the season-opening home victory.

Inside the Numbers
> Florida A&M finished with five runs on seven hits, with three errors and left six on base
> Octavien Moyer and Tucker Rayburn each registered two hits
> Jared Weber went 1-for-4, but drove in three with a double in the fifth inning
> Josh Hancock (1-0) started on the hill and gave up one unearned run, with three strikeouts and one walk in six innings
> Kelyn Fox picked up the save as he fanned four and walked a pair in three innings of relief
> South Florida registered one run on seven hits, committed one error and left nine on base
> Riley Hogan, Jordan Santos and Dontae Mitchell each recorded two hits
> Baron Stuart (0-1) took the loss in 4.2 innings of work. He was tagged for four runs on four hits, struckout seven and walked three
> Joe Sanchez, Connor Churchill and Graham Hoffman pitched in relief

Up Next
Florida A&M returns to action with back-to-back games against Mercer, starting on Tuesday at Moore-Kittles Field. First pitch for the Tuesday game is set for 5 p.m. and the two teams wrap up the two-game series with a 4 p.m. game on Wednesday.

FAMU baseball gets huge win at home against South Florida