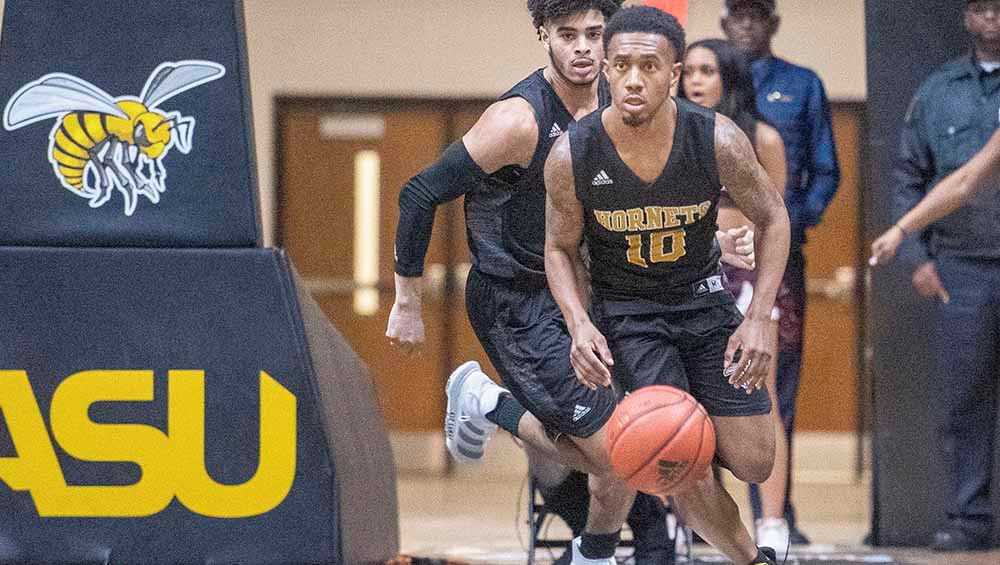 Alabama State (7-17, 7-5 SWAC) trailed 58-55 with just over a minute to play in the game before Kevin Holston hit a lay-up to pull the Hornets to within a point at 58-57 with 55 seconds to play. The game stayed that way until Jacoby Ross scored his only basket of the night as he knifed his way through the Alabama A&M defense for a lay-up with just seven seconds to play to put the Hornets up 59-58.

Alabama A&M had a chance but turned the ball over with 2.9 seconds to play and the Hornets’ Leon Daniels stepped to the free throw line and drained two free throws with just 2.3 seconds to play for a 61-58 lead. A last-ditch effort by the Bulldogs fell short and gave Alabama State their fifth-straight win.

Daniels led Alabama State with 19 points on 5-of-9 shooting from the floor and 7-of-11 from the free throw line, while also grabbing eight rebounds and recording a pair of steals. He was joined in double figures by Tobi Ewuosho with 11 points, including hitting 6-of-8 from the free throw line. Brandon Battle led the Hornets with nine rebounds, while DJ Heath dished out three assists.