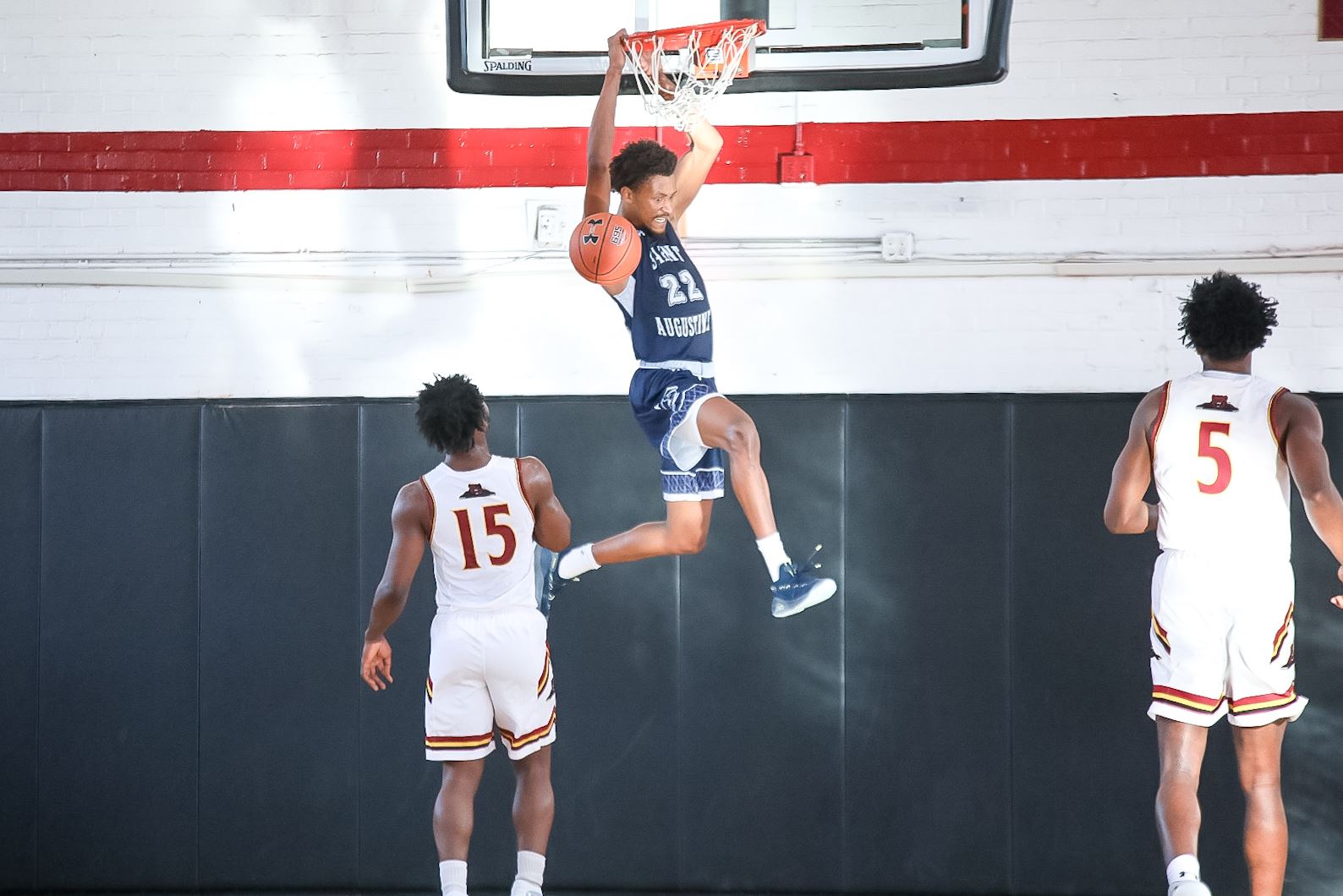 The bragging rights for the best team in Raleigh still mean the world to these programs from a pride and recruiting standpoint.

Just like in these teams’ first meeting, Shaw came out of the gates hot. The lead tossed back and forth as both offenses did just enough to keep the game within reach. There were five lead changes and back and forth ties in the first half. Thanks to some key mistakes and timely buckets the Bears went up 31-26 heading into half led by guard Devaughn Kelsie who scored all eight of his points in the first half.

But again the Bears found themselves unable to stave off the opportunistic Falcons second-half charge. SAU dominated the second half wire to wire. The Bears had no answers for St. Aug’s depth and ability to run a fast-paced game again. Four St. Aug players scored 9 or more points in the second half and two of them did it coming off the bench. As the lead grew, Shaw seemed to lose their composure and the game was cemented halfway through the second.

Saint Augustine’s sweeps the series against their crosstown rivals with a dominating performance and Shaw is looking to end the regular season on a better note with Senior Night against Fayetteville State on Wednesday.