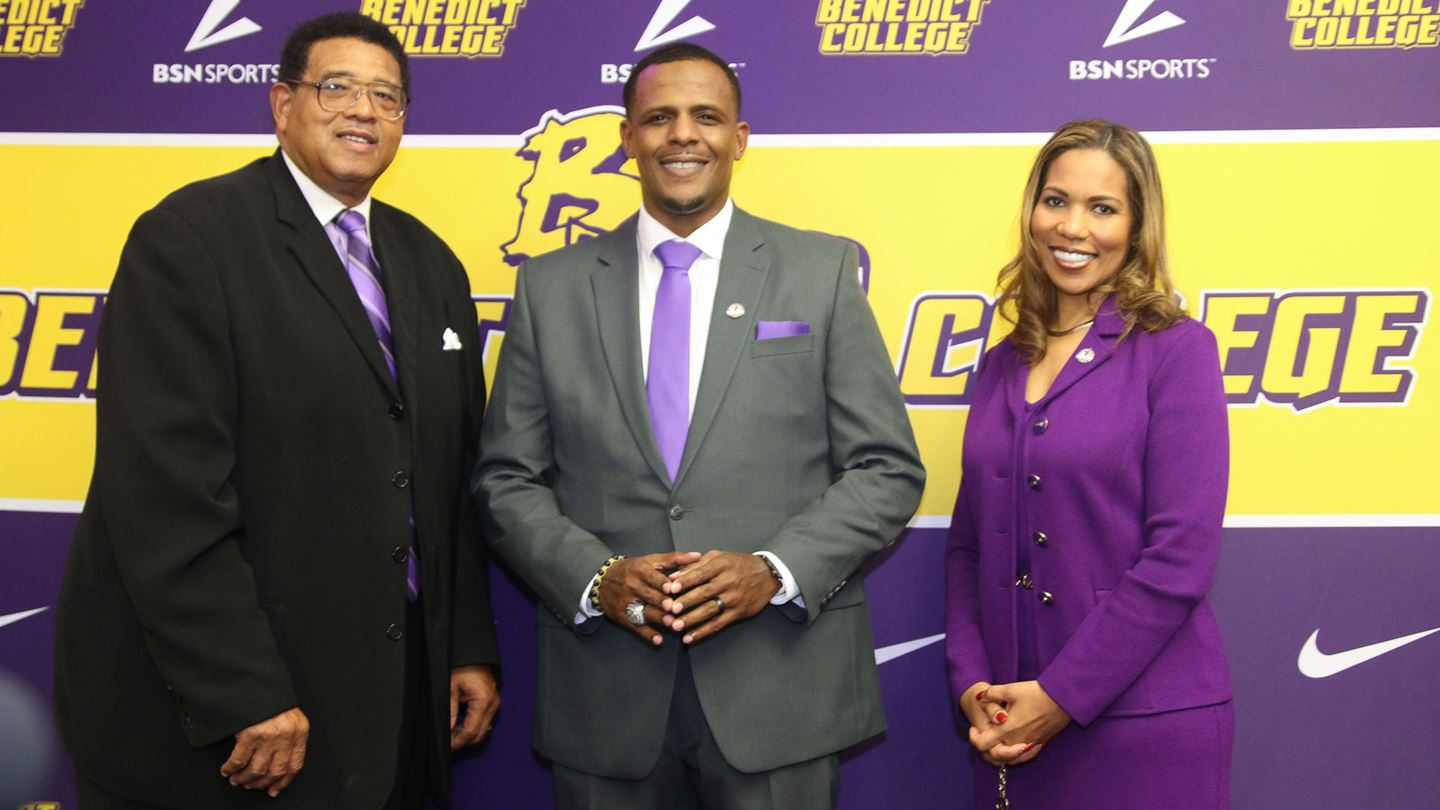 “On behalf of the Benedict College Tigers, I want to publicly thank our Athletic Director, Willie Washington and the members of the search committee for their thorough and thoughtful processes that led us to welcome this outstanding coach, Chennis Berry, to the BC family,” said Dr. Roslyn C. Artis, President and CEO of Benedict College. “We are thrilled and honored to have a football coach with the incredible credentials of Mr. Berry to lead our football program. At Benedict, we strive for the BEST in everything we do, and Coach Berry exemplifies those qualities. He is the BEST of BC.”

“We had a lot of excellent applicants for this position, and in the end it was clear that Coach Berry was the top candidate who could bring a winning attitude and the offensive production that will excite the Benedict fans,” said Benedict Director of Athletics Willie Washington. “He has a proven track record of winning, coaching young men to become All-Conference and All-Americans, and putting points on the scoreboard. We know everyone will want to come and watch this exciting team we will have on the field.”

“I am excited and honored for the opportunity to serve as the head football coach at Benedict College,” Berry said. “The passion of Coach Washington and the energy of the students and staff is thrilling and exciting. I am ready to roll up my sleeves, get started and do my part to accelerate the legacy of Benedict College.”

Prior to Howard, Berry spent two years as the associate head coach/offensive coordinator/offensive line at North Carolina A&T. Berry’s offense had one of the top rushing attacks in the MEAC during both his seasons at North Carolina A&T. He also had one of his early coaching stops at N.C. A&T, serving as offensive line coach from 2003-05. Over his first two seasons with the Aggies, he served as the offensive line coach. A strong running game led the Aggies to the 2003 MEAC Championship and an NCAA Division I Football Championship Subdivision playoff berth.

Berry served as Morgan State’s offensive coordinator and offensive line coach from 2006-2008. During Berry’s time there, the Bears possessed one of the most envied running games in the MEAC. In each of his three seasons with Morgan State, the Bears’ rushing offense ranked in the top 50 nationally.

No stranger to the SIAC

Berry began his career at Morris Brown College in Atlanta where he coached under Joe Crosby. After one season with Morris Brown, Berry became the offensive line and tight ends coach as well as the
strength and conditioning coordinator at Kentucky State under George Small in 1997.

Behind Berry’s strong offensive line at Kentucky State, Alvon Brown broke several school and national Division II records. Brown broke the single-season rushing record at KSU twice, and finished his career as the school’s all-time leading rusher. He also rushed for 405 yards in a game on September 16, 2000. Which at the time was a Division II single-game record. Berry’s offensive line also helped Brown win the SIAC Player and Back of the Year awards on two occasions.

In 2001, Berry became the assistant head coach at Fort Valley State. He was responsible for coaching the Wildcats’ offensive linemen and tight ends. His impact at FVSU was immediately felt as Philip Shiflet earned SIAC Offensive Lineman of the Year and first-team Sheridan All-Americans honors in 2001.