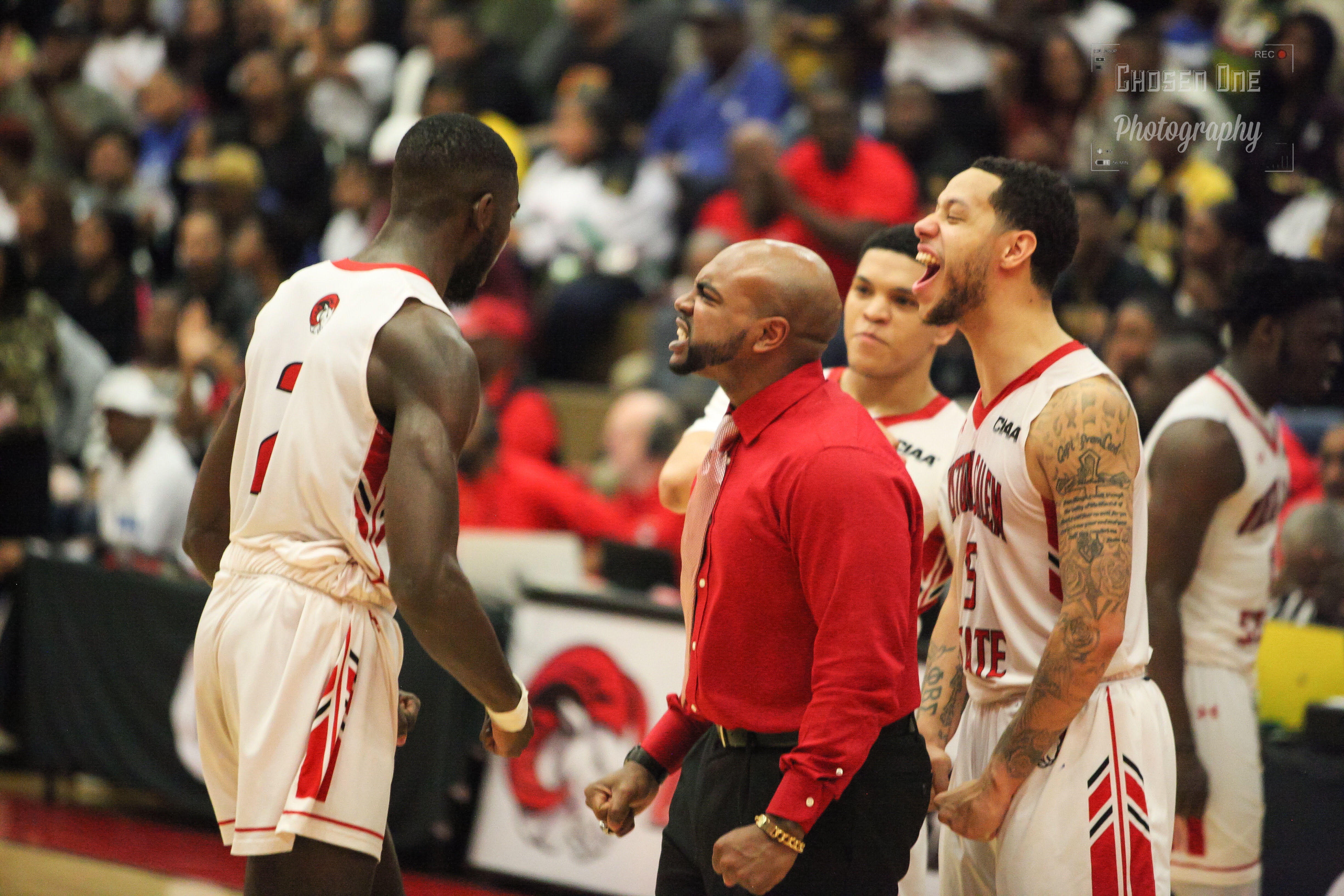 The Johnson C. Smith-Winston-Salem State rivalry is a battle for first place in the CIAA South on Thursday.

There are a lot of great college basketball rivalries in North Carolina. The state is filled with them, from UNC-Duke on down.

Winston-Salem State and Johnson C. Smith isn’t one that many people outside CIAA or HBCU basketball are very familiar with, but its one that stretches back to the early 1950s. Winston-Salem State coach Clarence “Big House” Gaines and JCSU’s Cal Irvin were once teammates at Morgan State in the 1940s and so a rivalry was born.

JCSU comes into the game led by legendary coach Stephen Joyner Sr., a Winston-Salem native that has made Charlotte his home but continues to find talent in the city that birthed him. His latest Winston-Salem born star is Cayse Minor, the Golden Bulls leading scorer.

Minor is fourth in the CIAA in scoring at 18.3. The senior almost landed at WSSU but eventually took his talents south. He’s spent the last three years expanding his role and game to become the leader of a 13-5 squad that just finds a way to get it done.

Flanking Minor is Nenad Milenkovic who averages just under 13 points per game and Xavier Jones who averages 11 ppg.

Smith is spectacular in nothing but solid in just about every aspect. It is shooting 71 percent on free throws as a team, which has kept it in games.

Like the Golden Bulls, the Rams are led by a prolific senior scorer in Rob Colon. He comes in averaging 16.2 points per game, but he’s capable of going for 20-plus on any given night and he’s shooting 36.2 percent from the 3-point line.

Sophomores Jaylen Alston (13.1 ppg) and Jonathan Hicklin (8.5 ppg) have shown flashes of offense for the Rams, slashing into the paint with reckless abandon. Alston, a Gardner-Webb transfer, is shooting a sizzling 53.7 percent from the field so far this season.

But the X-factor for WSSU has been big man Mason Harrell. His averages of 7.4 points and 4.9 rebounds per game won’t likely earn him All-CIAA honors, but his 6’9 frame may as well be 7’2 in the guard-oriented league. He had his best game Saturday against Fayetteville State when he scored 16 points, pulled down 13 rebounds and blocked four shots in a big win.

The Rams will also have the home court advantage. The raging crowd, many of them students from Charlotte, will have to get there early though as the gym’s 2,700 capacity was hit early on Saturday and hundreds had to be turned away.