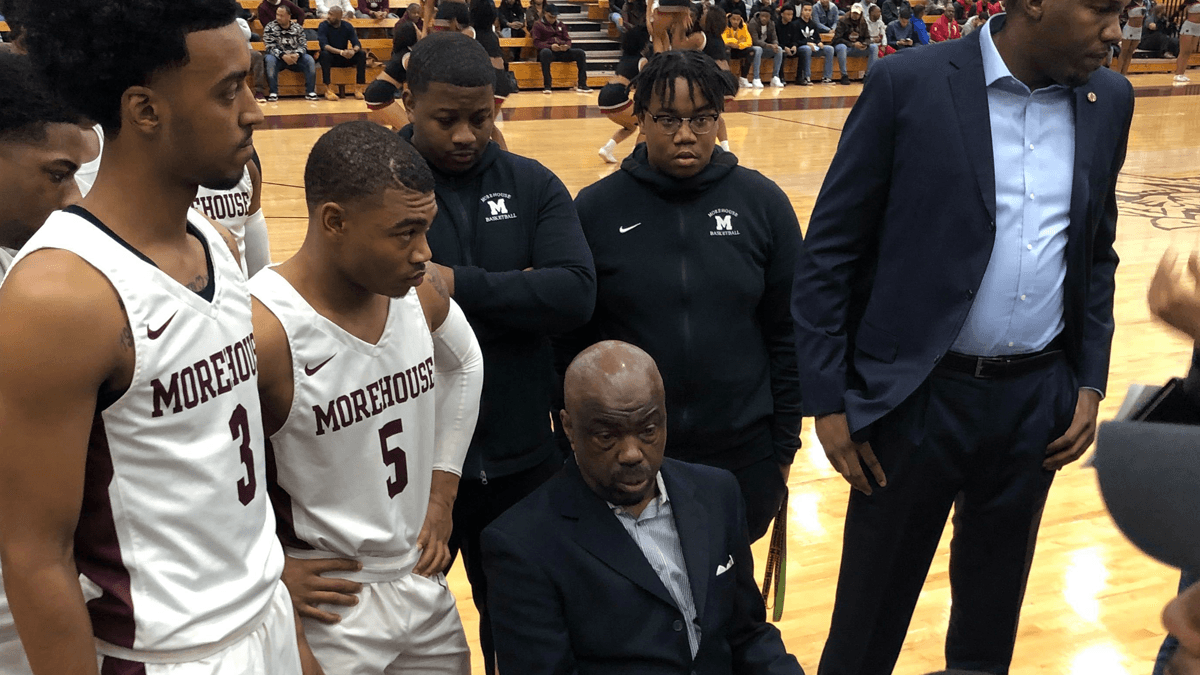 Morehouse takes round one versus Clark Atlanta

In the first half, Morehouse senior guard Robert Andrews led the assault against Clark Atlanta as he was able to collect 10 points and six boards during the first 20 minutes. Panther forward Romaine Thomas led CAU with 15 points.

MHC ended the first half tied with CAU, 31-31, a real tug-o-war match resulting in neither team being able to pull away. The Maroon and White dominated the glass, but also had eight turnovers, which kept Clark Atlanta in the game.

The second stanza was a half of runs and both teams mounted leads only to see them dwindle. Clark Atlanta built their largest lead of the game, 47-38, with 12:49 remaining before the Maroon Tigers walked the Panthers down and tied the game at 56-56 with 6:01 left in the game. Morehouse would outscore CAU 11-6 the rest of the way for the 67-62 victory.

Turning Point
At 9:56 in the second half, Andrews finished a fast-break transition with a thunderous dunk that shifted the energy throughout the arena. After this bucket, Morehouse went 9 of 16 from the field for the remainder of the game. The Maroon tigers’ ball movement was key, dishing out 13 assists for the half and 20 for the game.

Morehouse takes round one versus Clark Atlanta