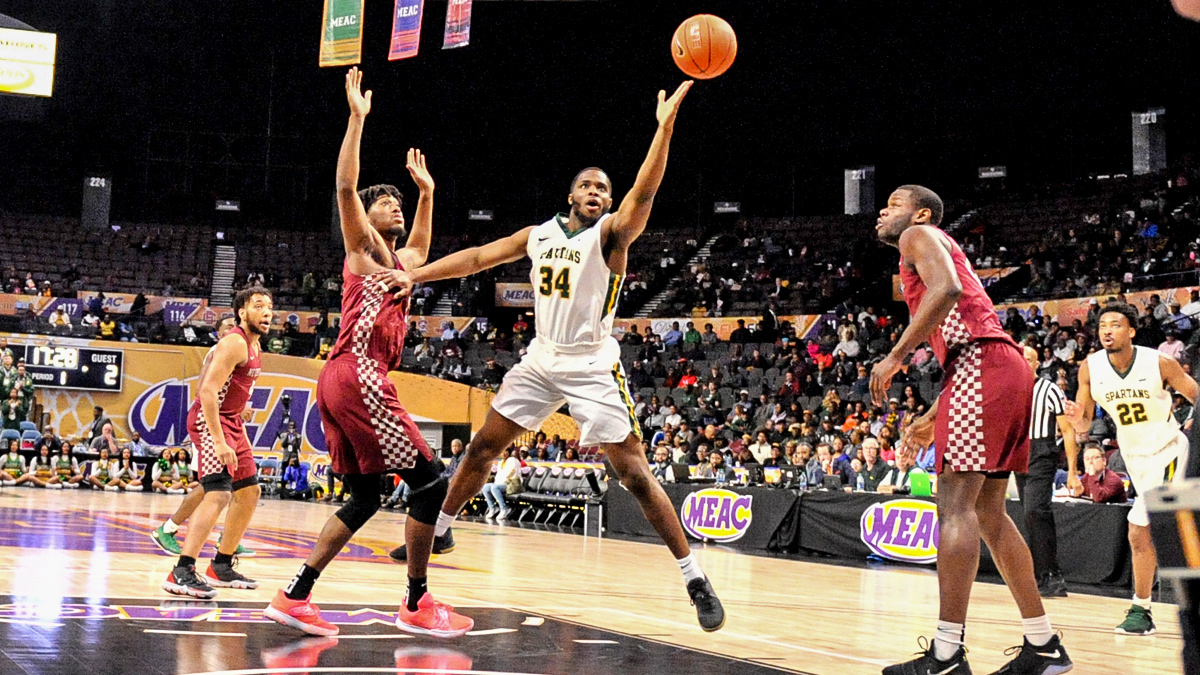 Norfolk State lost a lot of scoring from last season, but it is off to a perfect MEAC start so far.

When a team loses over half its roster, including five of its top six scorers, you expect a drop-off the following season.

So far it looks like the same old Norfolk State in the MEAC, though. NSU beat Howard 71-63 on the road to improve to 3-0 in the MEAC to start conference play.

Leading the way for NSU were seniors Jermaine Bishop (20 points) and Steven Whitley (19 points), who have stepped it up big time this season.

Bishop is a redshirt senior who is seeing his first action at NSU after starting his career at St. Louis. The 6’1 sharp-shooter does much of his damage from the 3-point line, and he’s been hot the first three conference games. He’s gone a combined 13-for-25 from long range in wins against Bethune-Cookman, Coppin State and Howard.

Whitley is one of the more senior members of the Spartan squad. After starting his career at Robert Morris, he’s played an increasingly larger role every season for Coach Robert Jones.

Nicknamed “Diesel” for his 6’3, 200-plus frame, he’s a versatile player who can use his solid frame to body defenders in the paint, but also has a solid touch from outside. He leads the team in assists (3.7 per game) and is second in rebounds (4.8).

The Bishop-Whitley senior duo along with the emergence of sophomore guard Joe Bryant has NSU looking like it will once again be a factor in the MEAC March sweepstakes.