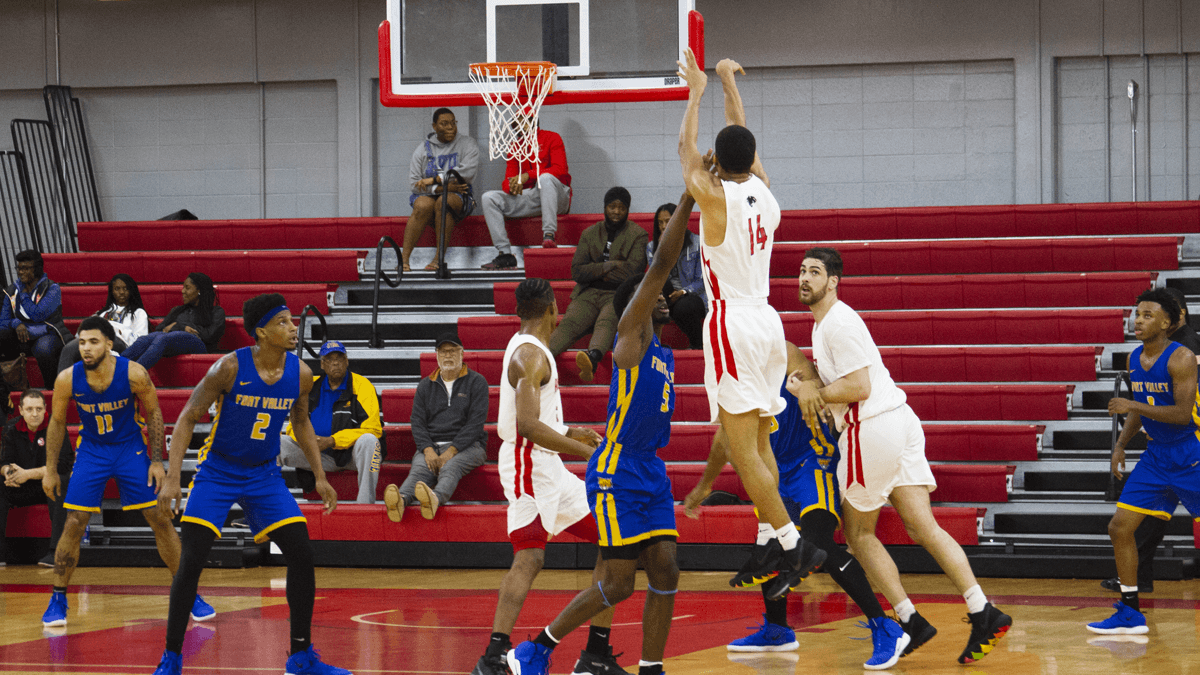 The Panther winning streak is now at six games.

ATLANTA–After losing nine of its first ten games to start the season, Clark Atlanta basketball appeared to be a non-factor on the surface. Head Coach George Lynch was never worried. After CAU defeated Fort Valley State (3-12) on Saturday 68-61, the Panthers (7-9) might be a team to watch.

“I tried to make the schedule as tough as possible. Sometimes it’s a confidence booster, sometimes it can backfire on us. I told them from the beginning we’re going to have a non-conference schedule that’s going to be tough. If we win three games out of our non-conference I’ll be surprised,” Lynch said.

The Panthers started the second half down 15 points before outscoring Fort Valley State 41-20. Clark Atlanta took its first lead of the second half with 4:45 remaining and never relinquished.

Fort Valley State shot 57 percent from the field in the opening half but only managed six field goals after halftime. The Wildcats ended up shooting 23 percent after the break.

Clark Atlanta eases back in

Fort Valley State’s Malik Clark hit a three-pointer thirty seconds into the half for the 15 point cushion, but it dwindled from there. CAU went on a 10-0 run to make it a 44-39 score by the under sixteen media timeout.

The Wildcats would take the lead from five to ten points after an Andrew Ziegler jumper at the 12:48 mark. It would be the last double-digit lead for Fort Valley State.

Clark Atlanta would outscore the Wildcats 26-9 from that moment to take the 68-61 win. Tyler Singleton and Elijah Stewart each had 17 points for CAU. Romaine Thomas had a crafty double-double with 13 points and 12 rebounds.

Lynch credits the second-half turnaround on the decision to not depend on long jump shots.

“We came out settling for threes in the first half and no free throws. We ended the game shooting more free throws than they attempted in both halves. So that was the turnaround” Lynch said.

Clark Atlanta finished the game 18-23 from the free-throw line, all in the second half. Fort Valley State was 12-15 from the stripe.

K’Viontae Williams led all scorers with 18 points on 6-12 shooting for the Wildcats.

CAU has nine days off before attempting to build on its win streak in a home game against Savannah State.