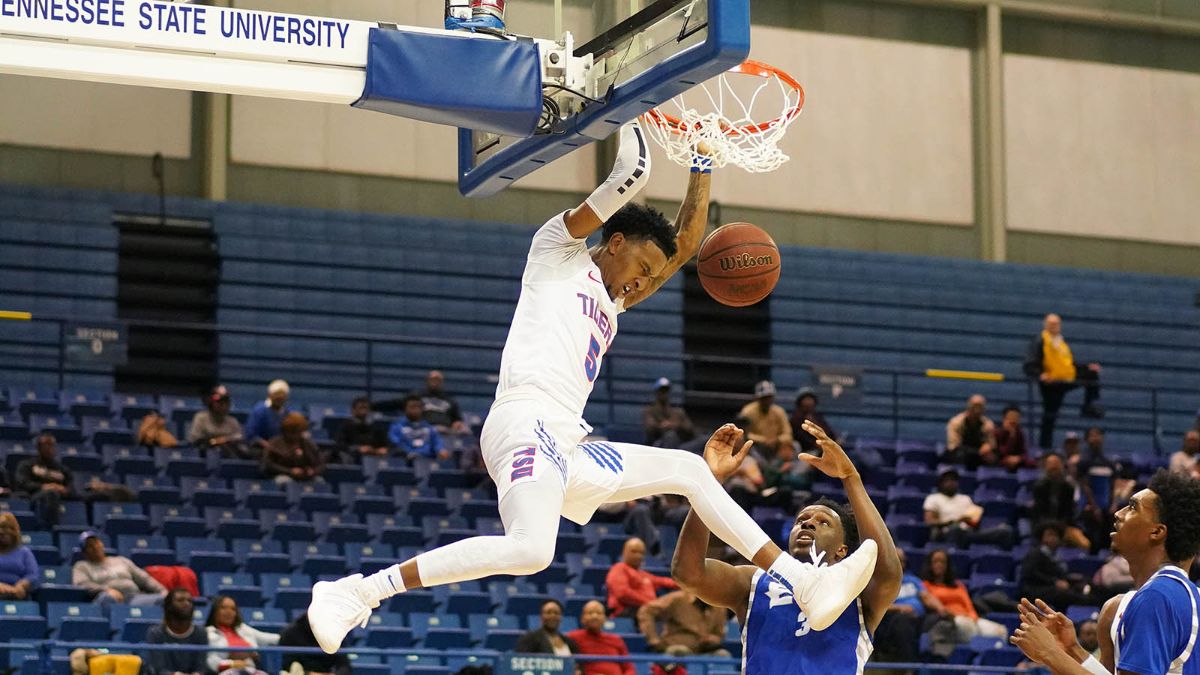 UT Martin puts distance on the Tigers with a 20-0 run.

MARTIN, Tenn. – The Tennessee State men’s basketball team suffered its first Ohio Valley Conference loss at UT Martin, Thursday night in the Elam Center, 87-74. A hot start by redshirt-sophomore Carlos Marshall, Jr. did not sustain the Tigers’ five-point lead as the Skyhawks answered with its own 20-0 run in four minutes of play to secure the lead just 10 minutes into the evening.

Turnovers clipped the Tigers’ efforts as Tennessee Martin capitalized with 28 points off of TSU’s 21 turnovers. The final place of faulty play occurred at TSU’s free-throw line. Big Blue went 12-of-27 on the night at the charity stripe, leaving a game-deciding 15 points on the floor.

Marshall Jr. carried the team with 15 points in the first half and another 11 in the second to mark his career-high shooting, registering 44 percent from the floor, 5-of-10 from beyond the arc and a perfect 100 percent, 4-of-4, from the free-throw line.

UP NEXT
Tennessee State continues conference play on the road versus SEMO in Cape Girardeau, Saturday, Jan. 11.