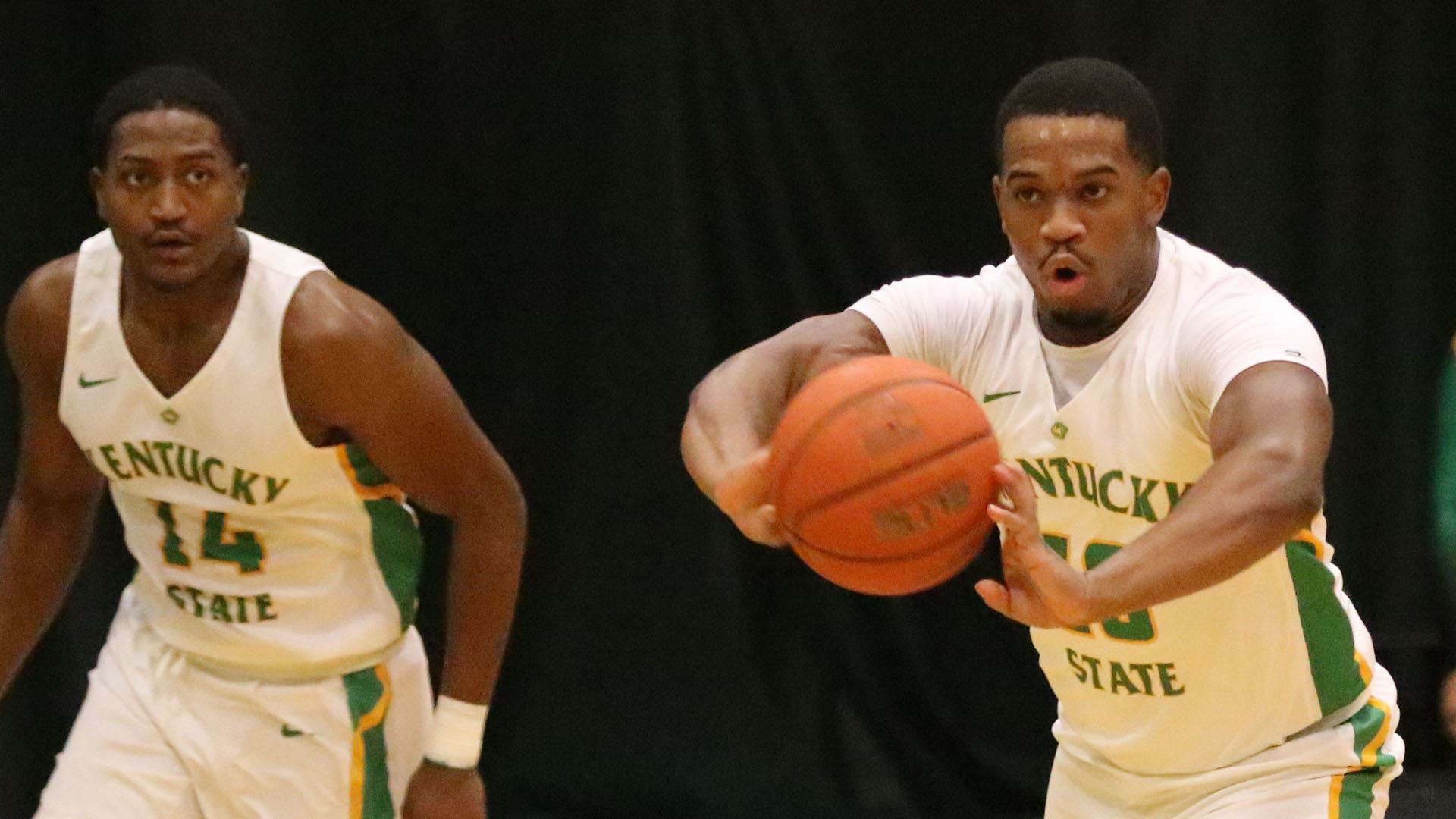 Orlando Fikes puts KSU on his back late for the win.

Fikes (Detroit, Mich.) drilled a three-pointer with 2.7 seconds remaining to send the game into overtime, drained another triple in the extra session, and then assisted on a junior Kevin Wharton-Price (Pittsburgh, Pa.) three-pointer to give Kentucky State to a seven-point overtime lead.

The Thorobreds overcame 2-of-10 shooting from the foul line to secure the 78-75 Southern Intercollegiate Athletic Conference victory over Benedict.

Kentucky State trailed by seven points midway through the first half, and trailed for most of the opening stanza. However, the Thorobreds went on a 16-5 spurt to take its first lead – and its largest lead (seven) of the half.

Back-to-back three-pointers from Fikes kick-started the aforementioned run. Kentucky State’s defense limited Benedict to just 4-of-12 down the stretch of the first half.

KSU maintained the lead with some key baskets, and led by as much as seven with 4:25 remaining. It was then Fikes went to the bench for a quick breather, and Benedict skyrocketed back into the contest. Back-to-back turnovers against the BC press energized the visitors, and before you knew it, the Tigers led by two.

Fikes missed his first attempt, but a team offensive rebound allowed KSU to keep possession. Another offensive rebound by senior Jordan Little (Jersey City, N.J.), who found Fikes at the top of the key for the tying three-pointer.

Wharton-Price finished with 11 points and seven rebounds, while senior Shaq Athie (Cincinnati, Ohio) continues to attack the boards – pulling down 11 rebounds. He has recorded double-figure rebounds five times this season.