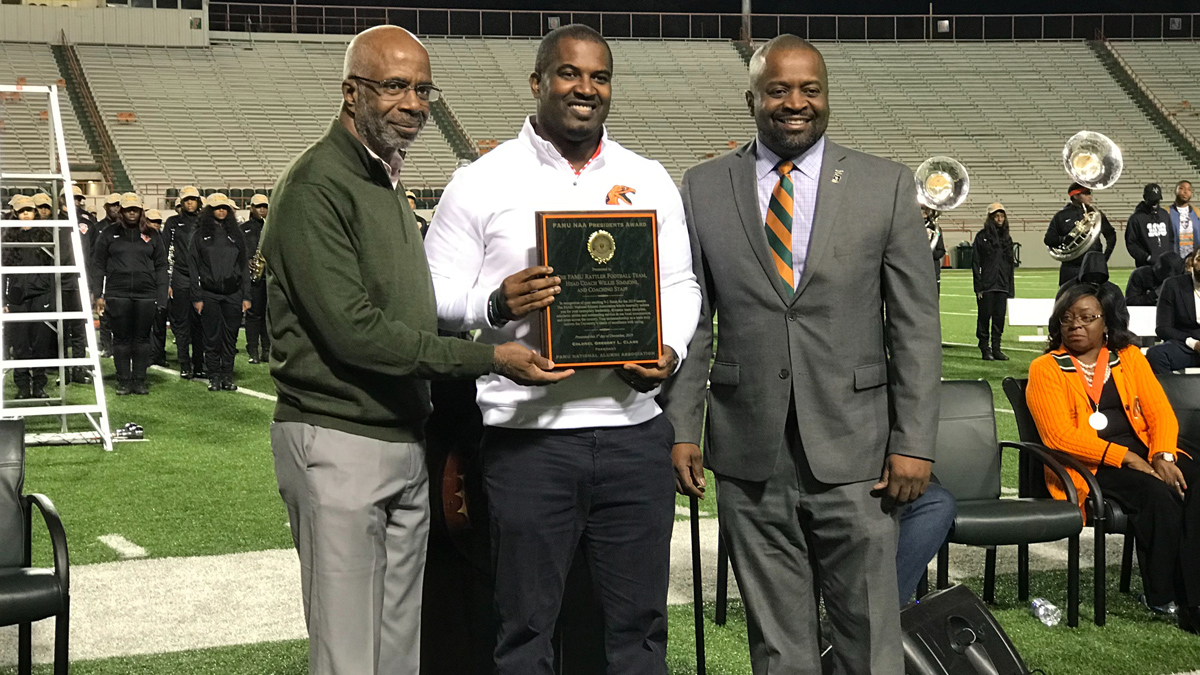 After finishing with the best record in the MEAC and HBCU FCS Football, FAMU has declared itself Black College National Champs.

Florida A&M’s football season is over, but it isn’t through making headlines in 2019.

FAMU has declared itself HBCU national champions following a 9-2 season in which it went 7-1 in the MEAC, garnering the best record in the conference, and the best in HBCU FCS football.

The Rattlers, however, were not recognized as the MEAC as its champion despite having the best record in the conference. The program declared itself ineligible for postseason play this spring after it self-reported NCAA violations regarding the improper certification of athletes in previous years, which meant it cannot compete in the Celebration Bowl.

The MEAC allowed FAMU’s games to count on the standings, however, it declared North Carolina A&T and South Carolina State as co-MEAC Champions. FAMU defeated both schools, including a 31-28 overtime win over A&T, who will represent the conference in the Celebration Bowl for the fourth time in the five years of the game between the MEAC and SWAC’s best.

While many have billed the Celebration Bowl as the unofficial HBCU national championship game, traditionally the mythical HBCU championship has been awarded by polls, beginning with the Pittsburgh Courier and continuing with several to this day. It is possible that FAMU could come out on top of some final polls after the bowl game, which will match A&T against either Southern or Alcorn State pending the outcome of Saturday’s SWAC Championship Game.

Alcorn State is 8-3 overall heading into the SWAC title game, while Southern is 8-4 overall, including a loss to FAMU in September. A&T is 8-3 overall, and SC State finished 8-3 overall. Bowie State went 11-1 in the Division II ranks, and some polls do not distinguish between divisions.