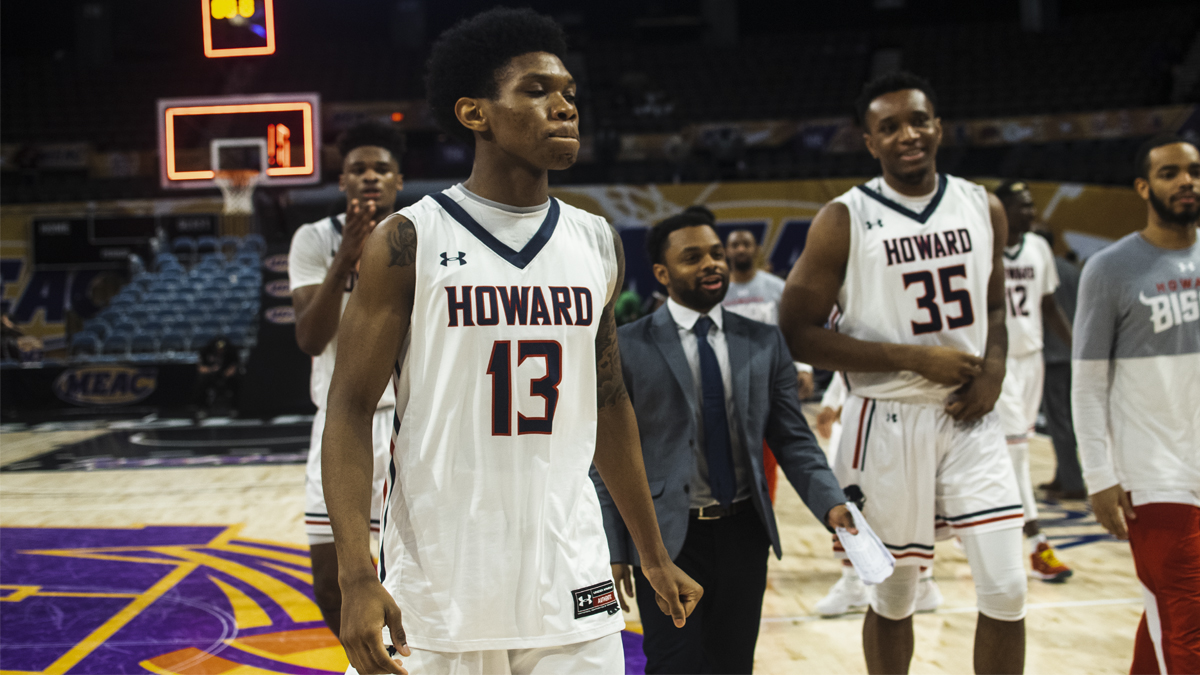 They may no longer be conference rivals, but Hampton and Howard still clearly get up for each other.

Howard came into the game against its Virginia rival winless but left with a 94-91 win overtime win at the Hampton Convocation Center.

Richmond native Charles Williams led the way for the Bison with 23 points before fouling out at halftime. The win was the first under new head coach Kenneth Blakney and ended an 16-game losing streak to their rivals for the MEAC squad.

Ben Stanley poured in career-high 40 points on 15-for-19 shooting for Hampton, who was playing without Jermaine Marrow, who is among the D1 scoring leaders with 25 points per game. The sophomore also added 11 rebounds.

Hampton led 41-36 at halftime, but was unable to put Howard (1-9) away as it fought for its first win of the season. Hampton falls to 3-6 on the season as it prepares to take on long-time rival Norfolk State in the Battle of The Bay on Saturday.